Home News Win a spot in the DP World Tour Championship Pro-Am with the... 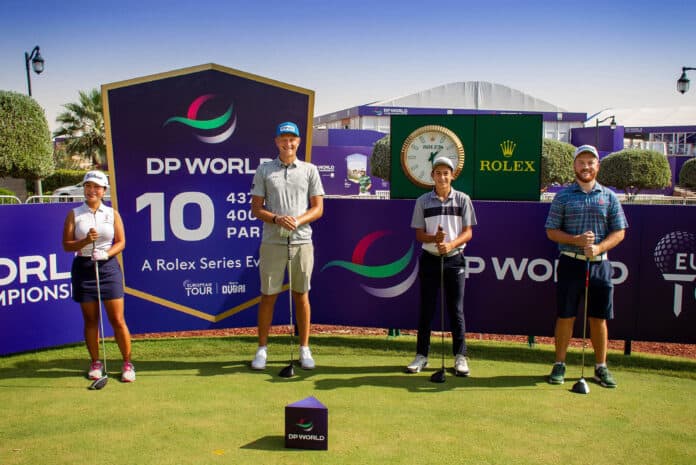 The eagerly awaited Luckiest Ball on Earth series returns to golf clubs across the UAE this week, with amateurs across the country vying for a ‘money can’t buy’ opportunity to play alongside some of the game’s biggest names in the star-studded DP World Tour Championship, Dubai Pro-Am.

First launched in 2011, the Luckiest Ball on Earth competition has proven a sure-fire hit with the UAE’s amateur golf scene, giving them the chance to rub shoulders with the likes of Rory McIlroy and Collin Morikawa at the fifth and final Rolex Series event of the season at Jumeirah Golf Estates, which takes place between November 17-20.

Qualifying tournaments will be held at 19 golf clubs across the UAE from September 3 – October 22, with the leading players from each event booking their spot at Jumeirah Golf Estates’ Fire course for the Grand Final on November 5.

Prizes this year include premium experience tickets for the DP World Tour Championship, tournament merchandise, Golf Superstore vouchers and the coveted top prize of a spot in the Pro-Am, which will go to the leading man, woman and junior from the Grand Final.

The annual competition is open to all golfers who hold an Official Club Handicap recognised by the EGF (maximum 28 for men and juniors and 36 for ladies).

“We are thrilled to offer this ‘once in a lifetime’ opportunity to local golfers across the United Arab Emirates,” said Tom Phillips, the DP World Tour’s Head of Middle East.

“We encourage golfers of all ages to get involved in this unique initiative that gives amateurs the chance to rub shoulders with their golfing idols at the season-ending DP World Tour Championship.

“We would also like to send our thanks to the 19 clubs involved and the Emirates Golf Federation who sanction this wonderful local golf initiative.”

“I can’t put it into words, I really didn’t expect to win and it’s a truly wonderful opportunity to play with one of the best players in the world,” said a triumphant Bercero last year.

Golfers are urged to contact their local club for more details on how to enter the Luckiest Ball on Earth series.