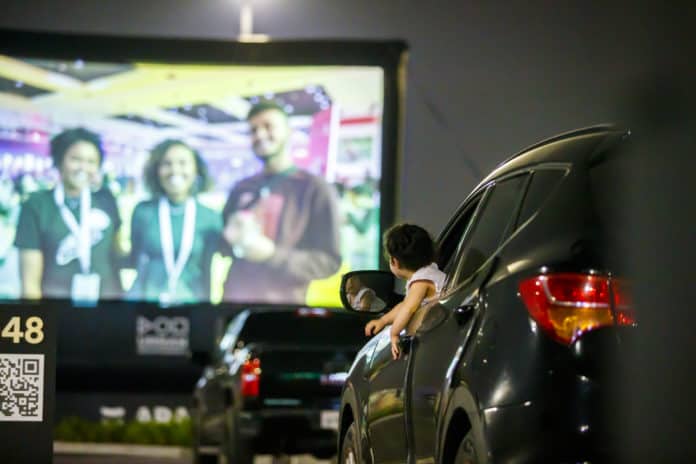 Get ready for a summer of top sporting action as Aljada’s drive-in cinema prepares to host a packed schedule of matches from the UEFA Euro 2020 tournament, which begins this Friday.

Entry to the cinema in Sharjah is free on a first-come, first-served basis, with fans able to enjoy an exciting atmosphere in a safe and socially distant manner.

UEFA Euro 2020 will see 24 of Europe’s biggest teams playing 51 matches in 12 host cities between 11 June and 11 July, in an amended version of the tournament arranged after the event was postponed last year due to the pandemic.

Aljada’s drive-in cinema will screen all matches taking place from 8pm local time onwards, which includes the majority of group matches, as well as every match in the knockout stages, including the quarter finals, semi finals and final.

The tournament will kick off this Friday 11 June, with Turkey facing Italy. The match will be broadcast live at Aljada from 11pm. Another major highlight for the week ahead will see France take on Germany at 11pm on Tuesday 15 June, while England face local rivals Scotland in a key head-to-head on Friday 18 June at 11pm.

Fans attending the cinema can also select from the 24 different types of delicious cuisine at Zad either by visiting the drive-thru prior to entering the cinema, or by ordering via the dedicated website and the meals will be delivered directly to their cars in a safe and contactless manner.

Here’s the full match schedule games being shown at Aljada between Friday 11 June until Saturday 19 June:

The full schedule of timings and further details about the cinema can be found both on the dedicated Movie Nights at Aljada website, as well as Aljada’s Facebook and Instagram social media channels.