Body Combat is a class that’s different from the ordinary. You get to punch and kick your way into amazing shape, burning up to 800 calories along the way.

Body combat is a high-energy martial arts-inspired workout that will help you unleash the inner warrior. For those of you afraid to break a nail or get a broken nose, don’t worry, this workout is totally non-contact, so you don’t get to punch and kick anyone! Also if you are a newbie there are different levels of intensity that our certified Group Exercise Instructors will give you along the way so you don’t feel left out.

This workout is the best way to release all that stress built up during the day but also allows you to have a blast and feel like a champ. 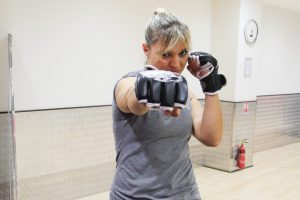 Jab
A punch with the leading hand.

Tip on execution:
Keep the elbow soft and avoid locking it. 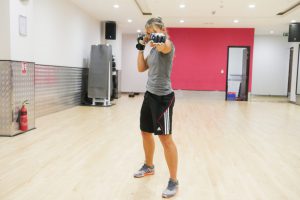 The Jab Cross
A punch with the rear hand after performing a jab. Your feet and body twist into the shot.

Tip on execution:
Release the back heel off the floor as you throw the cross. This will allow you not only to reach your opponent but also to generate more power by using the leg, hip and core. 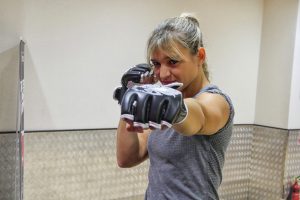 Tip on execution:
Keep the punches short and retract the fist back into the boxing guard after hitting the target zone. 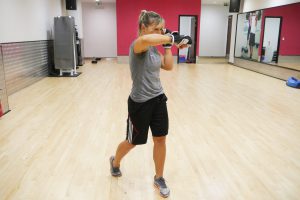 Hook
A circular punch that targets your opponent’s jaw or temple.

Tip on execution:
Keep your elbow at a 90 degree angle and at the same level with the shoulder.