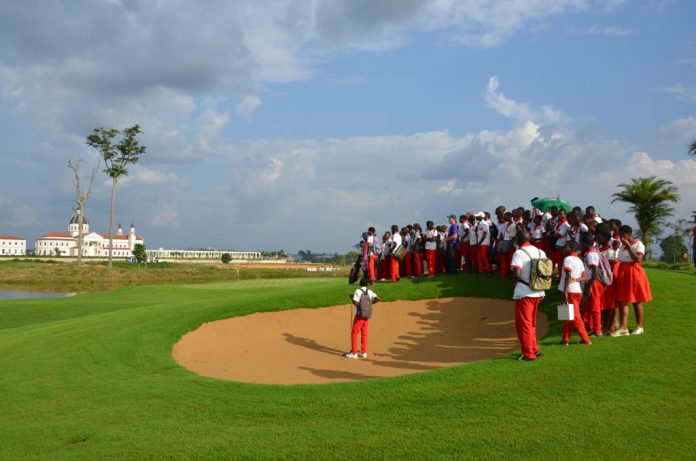 THE SFME team took a trip into the unknown when they visited the West African country of Equatorial Guinea to attend the US$100,000 3e Actuaries Open Golf tournament which was won by MENA Tour Champion Craig Hinton and LPGA star Paz Echeverria a at the Presidents Golf Club in Mongomo.

Not only were we surprised to find a world-class golf and an exceptional hotel, we were also charmed by a little-known country which appears to be emerging from a difficult past into an optimistic future, that is as enchanting in its natural beauty as it is engaging in its diversity.

“Equatorial Guinea is a country with natural charm that inspires you to fall in love with its beauty and the hospitality of its people,” says 3e Actuaries Open Tournament Host, Olawale Opayinka. “Those who visit with us can expect to be pleasantly surprised. As a tourist destination it is filled with undiscovered gems like the new National Park and virgin natural habitats. As a golf destination it is a country on the rise. All are welcome to the ‘Sunrise on the Equator’.”

Most visitors arrive via the country’s oil-rich capital city Malabo, which is actually situated on Bioko Island, off the west coast of the mainland and reachable with relative ease from the UAE via Addis Ababa with Ethiopian Airlines who offer an exceptionally good ‘Cloud 9’ business class service for those wishing to up the comfort levels.

You’d be forgiven for thinking that you’d landed in 19th century Spain, such is the prevalence of Spanish colonial architecture in Malabo. It’s also the predominant language spoken by the majority of Equatorial Guinea’s 1.2 million population – a remnant of almost 200 years of Spanish rule. Malabo highlights include the Arena Blanca beach with its array of sports activities and wonderful nature trails, where scores of butterflies can be found during the dry-season, and the Monte Alen National Park with its tropical rainforest which is home to elephants, chimpanzees and gorillas.

The par-72 Presidential Golf Course, host venue of the 3e Actuaries Open, is one of three golf courses in Equatorial Guinea and it’s definitely a case of ‘quality rather than quantity’ as this is a track of top-class international standard. Beautifully manicured greens and highly playable, rolling fairways make this Ritson Golf Design course a joy to play for golfers of all abilities, while a standout feature sees half of it is set within the Equatorial Forest, creating a truly unique golfing experience. 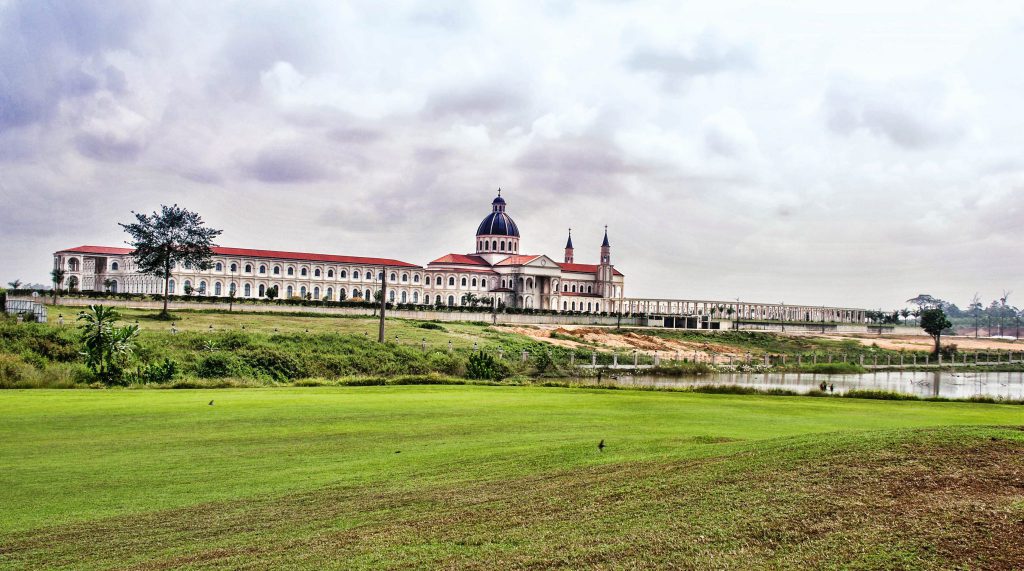 Englishman Hinton, who won the men’s event by three strokes with a score of  10 under par said:  “Luke Joy, who also plays on the MENA Tour told me about the tournament and it’s been great to get away from England for a while and come to this incredible place with this fantastic golf course,” said Hinton who will line up in the Omega Dubai Desert Classic after topping this year’s Mena Tour Order of Merit with two victories. “It’s an amazing place and the hospitality has been unbelievable.”

THE Grand Hotel Djibloho, which was home for the players, media and officials during the 3e Actuaries Open tournament week, is also located in the heart of the Equatorial Forest and offers accommodation of a truly international five-star standard.

Featuring 380 spacious rooms, four suites and a sumptuous Presidential Villa, the hotel offers the height of comfort and relaxation. There are three world-class restaurants – the chic Mariposa, offering international cuisine, stylish L’incanto with its delicious Italian fare and Lom which serves up a traditional African menu.

There are also four bars and even an onsite nightclub as well as a state-of-the art gym, wellness centre and indoor and outdoor swimming pools, not forgetting that the golf course is right next door.

Luke Joy had this to say about the hotel: “I literally had no idea what to expect when I arrived in Mongomo – the hotel could have been a shack with a roof for all I knew. But I can honestly say it was probably the best hotel I’ve ever stayed in – and I spend a lot of time in the UAE where they have some of the nicest hotels in the world so that’s saying something! I’m really looking forward to returning this year.”

Away from the golf course visitors to Mongomo can enjoy a variety of cultural highlights including the striking Basilica of the Immaculate Conception temple, which is often called a ‘cathedral’ due to his size – it’s the largest religious building in Central Africa and the second largest Catholic church throughout Africa. There’s also the spectacular new National Park with its stunning array of wildlife and fauna.

The focus for visitors and players during our trip was the golfing action at the 2016 3e Actuaries Open but it’s clear that Equatorial Guinea has much to offer both on and off the course.