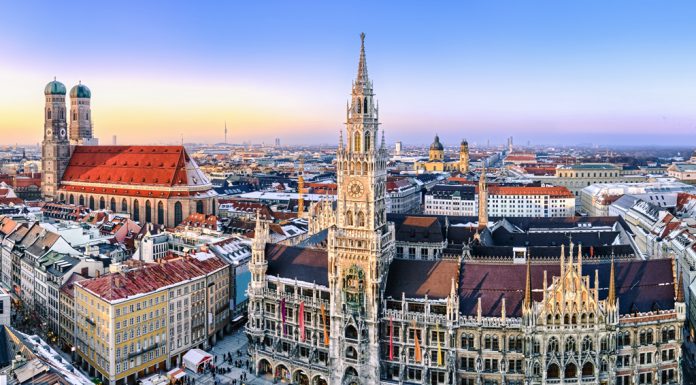 With its array of spectacular neo-Gothic architecture, fascinating history, delicious food and drink, and plentiful outdoor pursuits, not to mention some of the finest hotels in the world, a visit to Munich in Germany is a must for any travel lover.

From the breath-taking soot-blackened, gargoyle festooned Neues Rathaus in the bustling Marienplatz to the grand Residenz palace and the striking Deutsche Museum, there are awe-inspiring buildings at every turn in this captivating city.

Shopping addicts can get their fix on the swanky boulevard of Maximilianstraße while there’s plenty of fun to be had in the famous Hofbräuhaus. And of particular interest to us here at SFME is the huge range of sporting attractions and physical pursuits Munich has to offer.

The stunning English Gardens, Munich’s beloved sprawling city park which beats even Central Park in New York for size, are ideal for jogging or cycling all year round. During the summer months people come out in droves to cool down by swimming in the River Eisbach, which winds its way through the park. Hard as it may be to believe the river is also a hotspot for Munich’s surfing community who entertain crowds of visitors every day, showcasing their board skills on an artificially created wave at the southern tip of the gardens. There’s also a boating lake where you can work off some of the excellent food on offer inside the park. 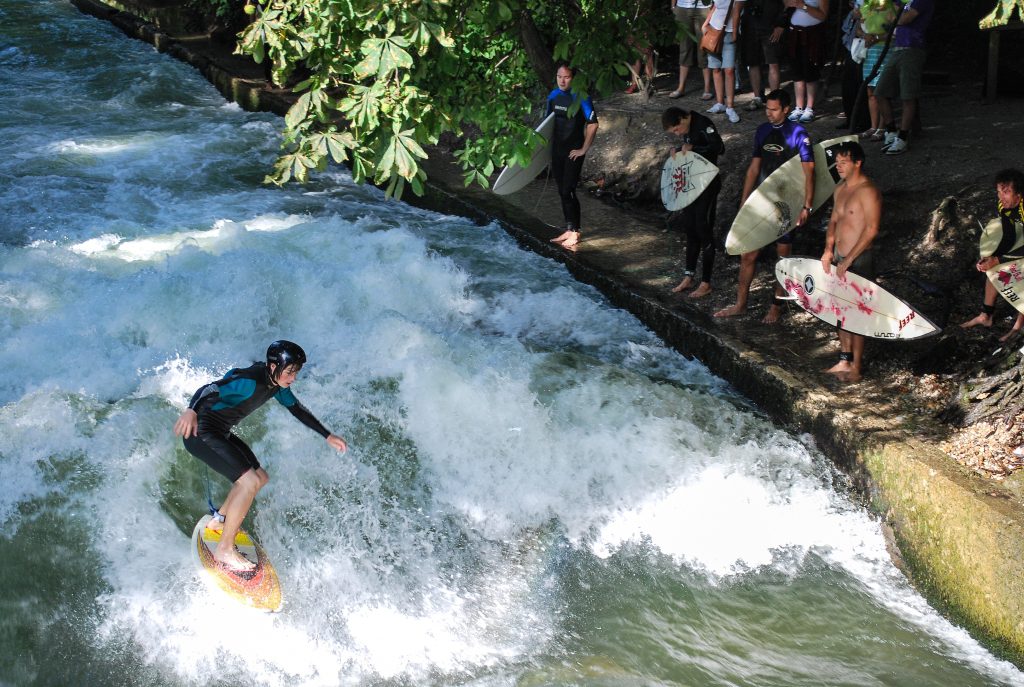 The larger river in Munich, Isar, offers a linear route through and out of the city with dedicated tracks separating runners and walkers from those on two wheels. Cyclists can get as far as 150km out of Munich following the Isar path either north or south passing wonderful scenery along the way. Before leaving the city limits we were stopped in our tracks by some spectacular street art galleries in the underpasses below the river’s bridges.

For football lovers, taking in a match with five-time Champions League winners Bayern Munich is a must if you visit during the season, while a trip to the 1972 Olympic Park is also recommended. Here you can enjoy the swimming hall and ice rink as well as checking out the Olympiastadion where West Germany won the 1974 World Cup.

Part of the esteemed Rocco Forte group, The Charles Hotel is currently number one on Tripadvisor for Munich hotels and it’s easy to see why.

Built on the site of a former university library and situated right in the heart of the city, alongside the beautiful botanical gardens, The Charles Hotel, named in honour of Sir Rocco’s father, opened in 2007. There’s air of grandeur emanating from every pore of this striking building and its 136 rooms are impressively spacious. Those looking for something really special can choose between one of the 24 suites, including the Royal Suite, named Monteforte after the Italian village the Forte family originated from. It rained during our visit but we didn’t mind one bit as it meant we got to spend more time in this fabulous hotel with its ridiculously comfortable beds and silky soft sheets. The Spa is hugely impressive, complete with a fully stocked gym, sauna, steam room and tranquil relaxation area as well as five treatment rooms. The Spa also features the largest hotel pool in Munich standing at 15 x 8 metres.

Breakfast in the wonderful Sophia’s restaurant is an experience not to be missed with a gargantuan range of food on offer to suit every taste and diet. Just the thing to set you up for another busy day in this bustling city.

If you want top-level luxury this is the place. The five-star Mandarin Oriental oozes class and quality – it’s not easy on the budget but you get what you pay for. The location is perfect, right next to some of Munich’s most famous Old Town sites, while the hotel itself is beautifully appointed with every mod con the discerning traveller requires and wonderfully elegant furnishing throughout. The bed-sheets and pillows deserve a special mention as they were genuinely the best we’ve ever experienced – to the point where we actually asked the hotel who their supplier was as we couldn’t bear the thought going back to bog-standard at home when we’d tasted such luxury! The yoga mat in our wardrobe was a nice touch while another highlight of the hotel is the stunning rooftop swimming pool with a lovely sun deck offering panoramic views of the city.

It’s worth visiting the Mandarin Oriental just for its world-class ‘Matsuhisa’ restaurant which is the creation of the award-winning chef, Nobu Matsuhisa of ‘Nobu’ restaurant fame, and serving up a similar brand of Japanese-Peruvian cuisine. Delights such as the signature Black Cod and Yellowfin Tuna with jalapenos sit effortlessly alongside tantalising dishes such as lamb cooked over tealeaves with Peruvian Anticucho sauce. The excellent waiting staff, just as helpful and friendly as they are throughout the hotel, know the menu inside out and can guide you through a culinary experience to remember. ν