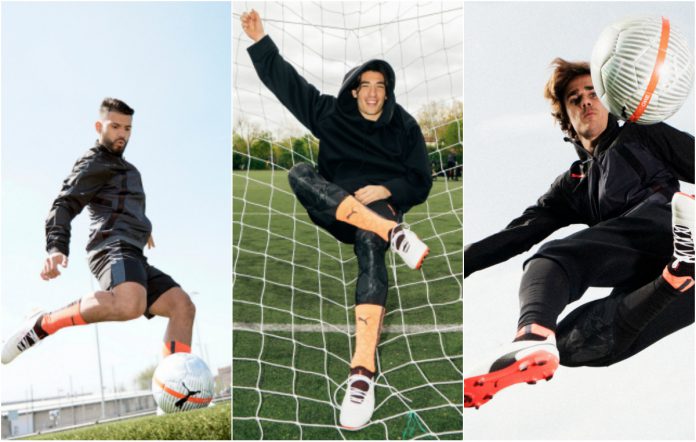 It’s almost impossible to find a newly-released pair of boots that aren’t pink, yellow or lime green these days. Old-school footballers and traditionalists often stick to the classic adidas Copa Mundials but if you are seeking boots with flair, quality and the latest technology, look no further than the new PUMA ONE boots.

The PUMA ONE’S, which are predominantly white with black sock-like inner and orange detail, replace the outgoing evoSPEED and evoTOUCH designs that PUMA have previously released. Therefore, these boots are designed to offer you the full spectrum of attributes on the pitch, known to PUMA as – FIT, FAST and FEEL. Here’s how the new PUMA ONE’s work:

The PUMA ONE boots are worn by Antoine Griezmann and Sergio Aguero, who are two of the best strikers on the planet, and Arsenal speed demon Hector Bellerin. This proves that they are suitable and fitting for every type of player so don’t be put off if you’re not an attack-minded footballer.

PUMA said: “Today’s players are not good at one thing. They are good at a lot of things.

“With that in mind we set out to design something that would deliver the needs of all players into one boot. 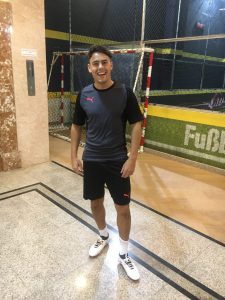 “What was abundantly clear was that they wanted a boot that had a great FIT, that helped them to move FAST and gave them more FEEL on the ball.

“To complete the process Thierry Henry was brought on board and played a major role in ensuring we catered to every type of player.

“Thanks to these insights we can deliver a football boot that excels in fit, fast and feel.”

I’m a huge fan of these new PUMA boots and certainly recommend you investing in them for this season. You don’t often find boots that are light like the Nike Vapors but protective and comfortable like the adidas Predators but the PUMA ONE’s fill both these voids.