adidas unveils the latest adizero adios Pro, revealing a colour refresh for the world’s fastest, as they prepare to return to competition. The bold pink and blue “Dream Mile” colourway is the first update since the silhouette’s limited release in June – which sold out in 15 minutes – and will now be available widely from 14th September.

The all-new adidas adizero adios Pro is already making a name for itself after Peres Jepchirchir set the new women’s only Half-Marathon World Record whilst wearing them on Saturday 5 September. The Kenyan’s record-breaking time was 1:05:34 in the RUNCZECH race in Prague. Fellow adidas athletes Brenda Jepleting and Dorcas Jepchumba Kimeli took second and third place respectively.

The shoe is born from athlete insights, generated from multi-continent in-camp testing. Elite athletes – including Kenyan long-distance runners Joyciline Jepkosgei and Rhonex Kipruto – gave iterative feedback to develop the physical prototypes, as well as the emotional context that inspired the colour story of this latest release. 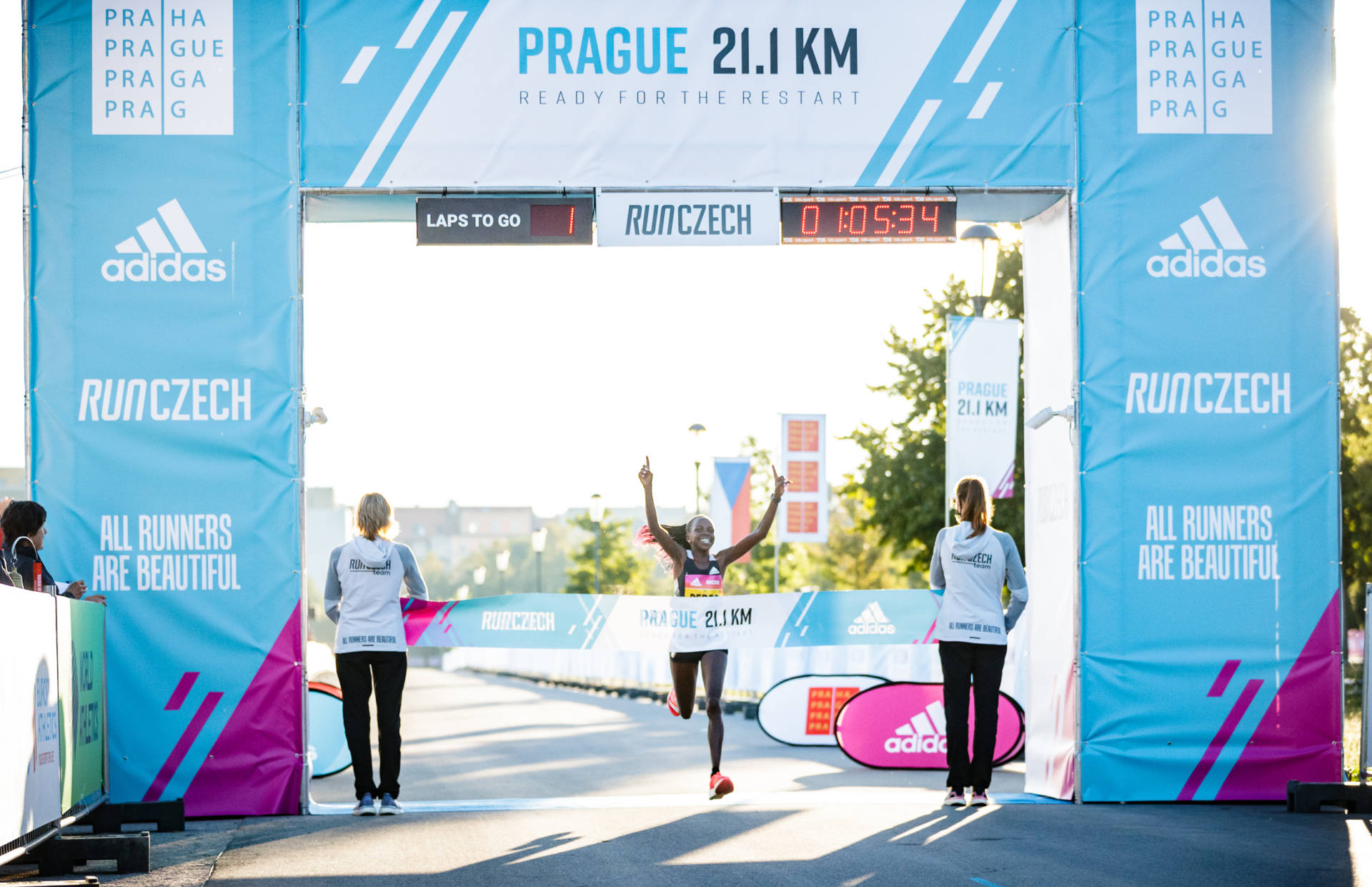 The “Dream Mile” concept is built around the insight that athletes require two “selves” or approaches to training, to succeed in their fastest ever miles.

With the insight that nothing is impossible when you combine the very best in performance technologies, with the positive and creative energy that athletes have within themselves – the colour and design team researched various shades to help express this without words.

Represented by a vibrant pink hue, is the passionate, powerful and striving ‘self’, needed to push the body and mind forward against the clock. Meanwhile the calmer, more resilient ‘self’ that helps in maintaining focus is signified by the muted blue tones. The colours of the footwear were specially selected from the “Signal Family”, and includes shades such as Signal Pink, Signal Cyan, and Signal Orange – all completely unique to adidas.

Falk Bruns, Senior Footwear Designer, said “We’re confident the new “Dream Mile” colourway will help our athletes feel invigorated and stand out as they return to elite racing. Crafting the footwear that would support runners to go faster than ever and achieve their bests could not be done without collaboration. With that in mind, we went direct to the athlete from the very outset, incorporating their insights from first sketch to final prototype”.

Featuring innovations built to support athletes in their pursuit of speed, the adizero adios Pro was co-created with world-class athletes to create the breakthrough technology, EnergyRods. Driven by athlete anatomy testing in its biomechanics lab, adidas designers built prototype after prototype to create a structure that mirrored the metatarsal bones of elite athletes. 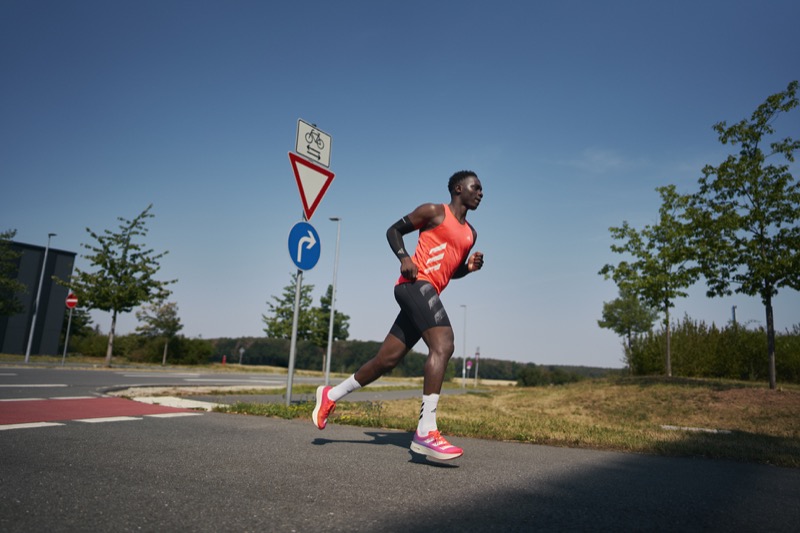 The result is the five rigidly tuned carbon-infused rods, that give the adizero adios Pro an intuitive connection to the athlete, optimising running economy and allowing them to maintain their speed for longer.

The EnergyRods are complemented by the supporting LightstrikePRO midsole, which provides super-light cushioning for explosive movements and enduring speed. These all-new innovations build on the award-winning success of the adizero family as runners take on the global stage once again. adidas’ fastest ever shoe was worn for the first time in the RUNCZECH half marathon in Prague and helped Jepchirchir set a world record.

The adizero adios Pro will be available across adidas stores in the UAE  and on www.adidas.ae  from 14th September. The price will be AED 899 for adidas’ fastest ever running shoe.