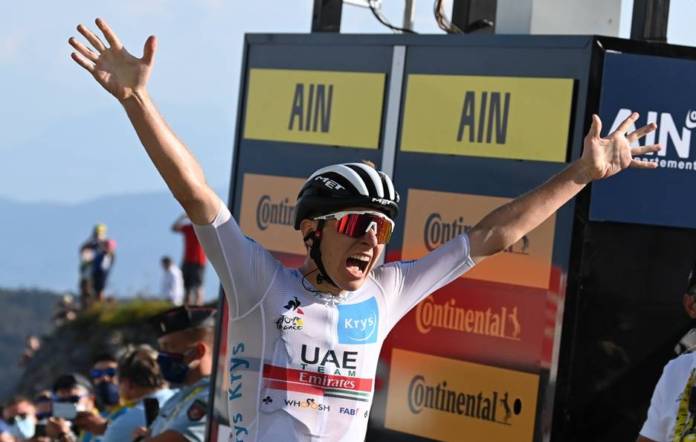 Pogacar took the victory and valuable bonus seconds on the line just ahead of fellow Slovenian, Roglic cutting the deficit to 40 seconds in the General Classification.

Pogacar once again showed his class by timing his sprint to perfection with a dash for the line inside the final 100m but wasn’t able to shake Roglic who stayed on his wheel until the end.

Pogačar: “The race started at great speed until the breakaway went, and we had Marco Marcato there to cover it.

“Jumbo-Visma set a very high pace and maintained it throughout the stage, which along with the heat meant it was better not to attack. In the final, I waited for the sprint and took another beautiful victory. Some of the GC guys were dropped and this was due the effect of the pace set by Jumbo-Visma.

“Tomorrow we’ll have the rest day, then I’ll try to give my best again: at the moment, Roglic seems unbeatable, but anything can happen, anyone can have a bad day, as happened today to Bernal or as can happen to me or to PrimoZ.”