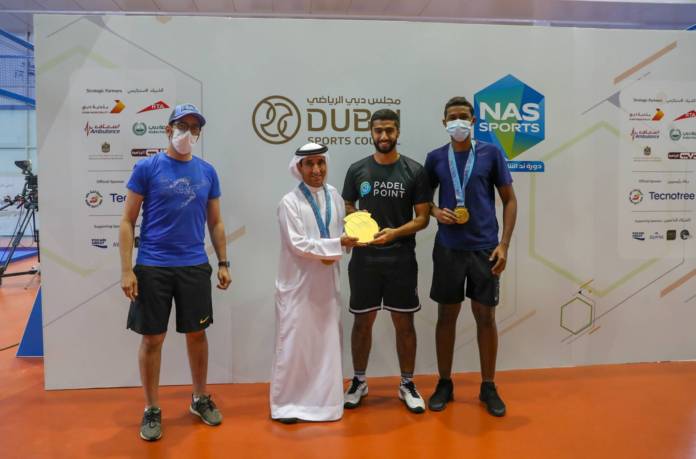 Sheikh Saeed Bin Maktoum and Ahmed fought back after losing the opening set to down Humaid Ghanem Al Hajeri and Farhan Hudda 3-6, 6-4, 7-5 in the final on Monday night at Nad Al Sheba Sports Complex. Garcia and Farquharson, on the other hand, had few problems as they brushed aside Martin Noschese and Guillermo Villafane 6-2, 6-3 for the winner’s cheque of AED 30,000.

The runners-up in the Gold category will take home AED 24,000, while the Bronze category champion and runners-up will receive AED 20,000 and AED 15,000 respectively.

After his win, Sheikh Saeed Bin Maktoum conceded he was a bit tense going into the final, “because the technical level of the matches this year has been really high”.

“But we succeeded in breaking through that barrier and play at a level that paved the way for us to win the title,” he added. “I thank all the players who participated in the tournament and for the strong levels they provided. This tournament is confirmation of padel’s development and growth in the UAE.” 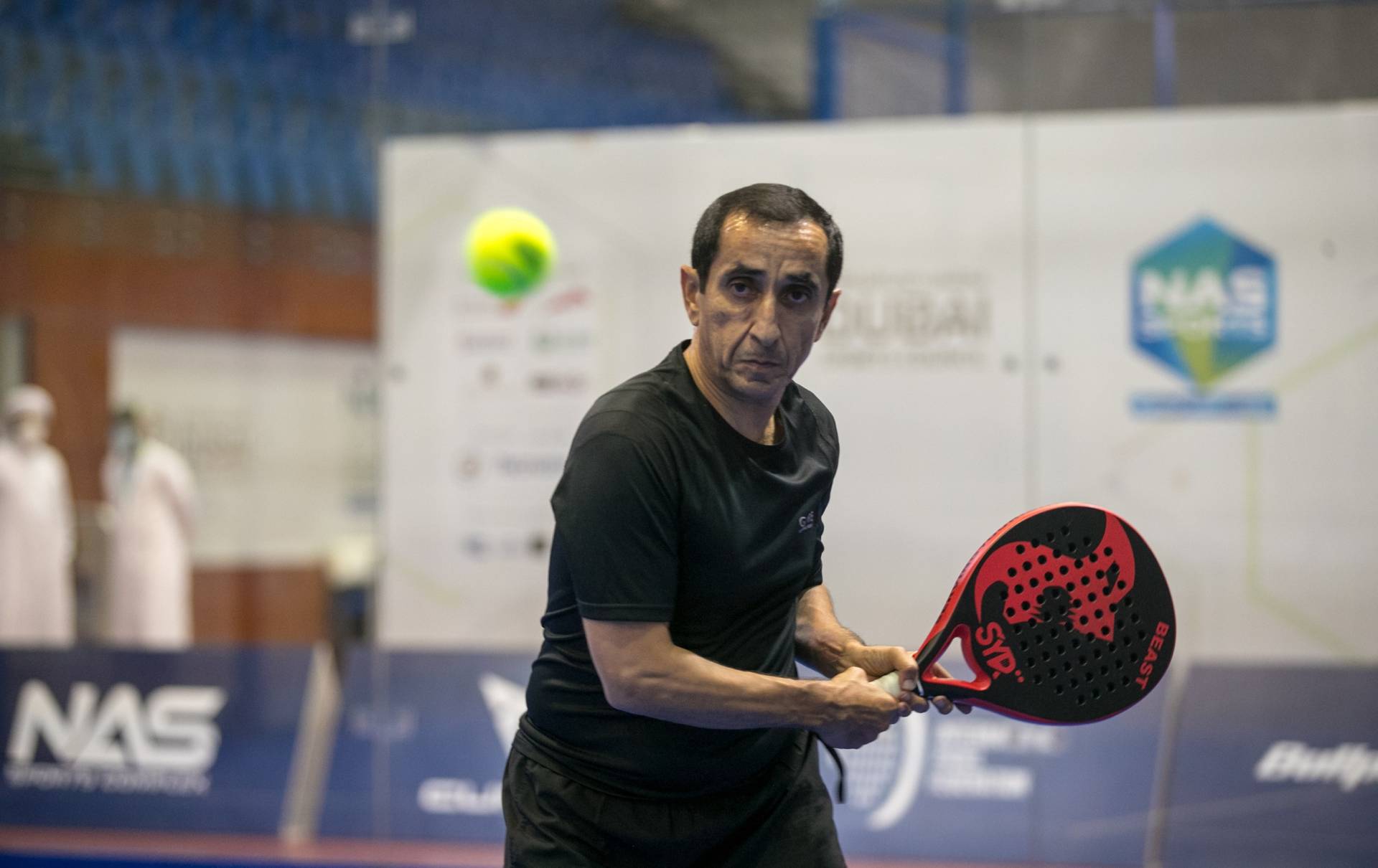 Javier Lopez Garcia, meanwhile, was delighted his hard work ahead of the tournament had paid off.

“I am very happy to win the title here in NAS,” he said. “I had prepared very hard for this tournament, training for many months. The tournament was really good and I am very happy because a lot of people are getting involved in padel, which is very good for the growth of the sport.

“I am looking forward to playing more tournaments like this one. Hopefully with this pandemic situation, everything will get better.

“The next for me is gonna be international [tournaments]. I will represent NAS in those tournaments and I will try to do my best in all of them.”

Earlier in the Women’s Bronze category final on Sunday night, Josipa Bek and Selma Babic had rallied from a set down to beat Karina Simeonova Lozova and Alessa Belbes 3-6, 7-6, 6-2 for the title.

“We are extremely pleased to win here and we hope to come back next year for another round of competition,” said Babic after receiving the winner’s trophy on Monday night. “We also hope to participate in more tournaments and gain more experience.”

“The tournament was very competitive with some really good players taking part. We are glad that we ended up winning the title,” said Bek.

Organised by Dubai Sports Council, the NAS Sports Tournament has been one of the top sporting attractions during the Holy Month of Ramadan since 2013, and the eighth season of the Tournament features competitions in two others sports besides padel – running and cycling. All three events are being organized in compliance with all COVID-19 precautionary measures and protocols, as well as other guidelines issued by relevant authorities.

The Tournament kicked off with the NAS Padel Championship on April 14, and will close with the NAS Run, which takes place across two nights with the 10km Race scheduled for Wednesday, April 28, and the 5km for Thursday, April 29.

Al Meydan Road and Muscat Street will be partially closed on Wednesday and Thursday nights, from 10pm to midnight, for the Run.

Dubai Police, Roads and Transport Authority of Dubai, Dubai Municipality and Dubai Corporation for Ambulance Services are the strategic partners for this year’s Nad Al Sheba Sports Tournament, while Dubai Duty Free, Pocari Sweat and Tecnotree have signed up as sponsors for the 8th season of the Tournament, which is one of the biggest events of its kind in terms of participation and prize money. AKI Fitness are support sponsors.

Malik Hassan, General Manager at AKI Fitness, said: “We are delighted to be supporting sponsor of NAS Sports Tournament 2021. In line with AKI Fitness vision, we are committed to make people’s live better through sports and fitness, encouraging members of society to exercise and include physical activities as part their daily lives. Despite the circumstances, it is amazing to see the participants and Dubai community coming together in this iconic tournament.”