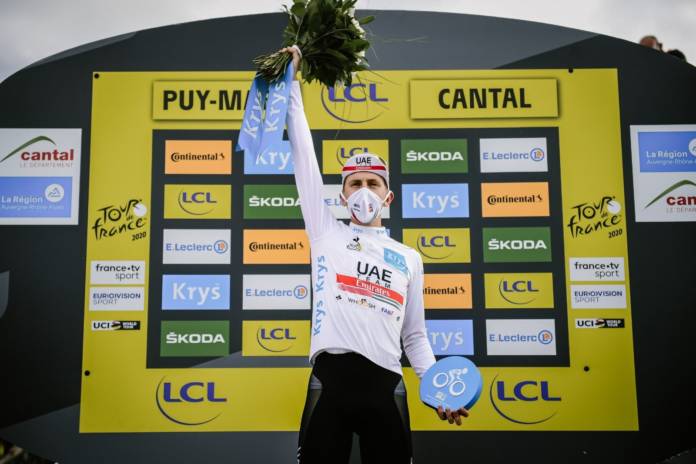 David De La Cruz and Tadej Pogačar were the two protagonists of the day for UAE Team Emirates, on the 13th stage of the Tour de France.

De La Cruz entered a breakaway of 17 riders who led the race after forming 30 km from the start, fighting on the decisive final ascent of Pas de Peyrol with a large advantage over the yellow jersey group. The best of the escapees was Colombian Daniel Martinez (Ef), while De La Cruz crossed the line in 10th position at 3’52″.

Among the men of the general classification, it was once again Pogačar who animated the day, attacking 1 km from the finish. Only Roglic (Jumbo-Visma) managed to keep his compatriot’s wheel. The Slovenian duo gained precious seconds over their rivals, so much so that the captain of the Emirati team has regained possession of the white jersey and climbed to 2nd place in the general classification (44″ behind Roglic).

Pogačar: “It was a great day, and now I find myself in the white jersey again. I am also happy to have reached the finish line with Roglic: pedaling uphill with Primoz reminded me of the sensations I experienced in last year’s Vuelta, it was an experience similar to that of the 13th stage of the Spanish race, when we arrived in Los Machucos. In the overall standings, I gained seconds on all the other riders, except Roglic, so I’m satisfied and I’d like to thank the team for giving me great support during the stage, I’m proud of my teammates ”.

The 14th stage of the Grande Boucle, Clermont Ferrand-Lyon (194km) should favour the breakaway.