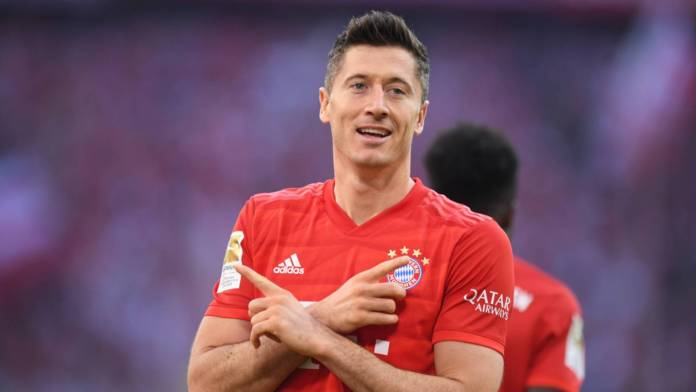 Organised by Dubai Sports Council under the theme “Football at the Summit”, this year’s Dubai International Sports Conference, which has been bringing football’s top stakeholders together since 2006 for extensive discussions on ways to develop and enrich the sport at the domestic, regional and international level, will again feature a number of top names from the globe when it convenes this coming Sunday.

Making his first appearance at the Conference, Lewandowski, of course, will be one of the star attractions following a sensational season which saw the 32-year-old sharp-shooter score a staggering 55 goals in just 47 appearances for Bayern Munich. He finished as top goal scorer in the Bundesliga, the DFB-Pokal and the Champions League, where his tally of 15 goals was five more than the next best striker, Erling Braut Haaland.

Lewandowski’s stellar season saw Bayern win every game in Europe, including the Champions League final against Paris St-Germain, as well as the Bundesliga and DFB-Pokal double at home. The German powerhouses have added the DFB Supercup and UEFA Super Cup to their trophy closet since.

Robert Lewandowski, the star of Bayern Munich team will participate in the #DubaiInternationalSportsConference, on December 27 at the Armani Hotel in “Burj Khalifa”. pic.twitter.com/QYYybsTN2G

Recognised by UEFA as the European Player of the Year earlier in October, the Poland international was named FIFA Men’s Player of the Year last week, ahead of Lionel Messi and Cristiano Ronaldo. He became the first Polish player or a player from a German club to win the FIFA Player of the Year award since its inception in 1991, and he is only the second player after Luka Modric in 2018 to break a 13-year Messi-Ronaldo hegemony.

Lewandowski is also only the third winner of the FIFA Men’s Player of the Year award based outside the Spanish La Liga this century – the earlier two were Zinedine Zidane (Juventus in 2000) and Kaka (AC Milan in 2007).

The Pole should also be a strong candidate to win the Player of the Year title at the Dubai Globe Soccer Awards, where he is competing for the honours with Ronaldo and Messi again.

At the Dubai International Sports Conference, Lewandowski will share his personal experience and details about his journey to the top of world football, as well as his insatiable appetite for goals and winning individual honours at the age of 32.

Lewandowski’s participation as a speaker at the Dubai International Sports Conference will be an invaluable opportunity for UAE football players, and indeed for players from around the globe, to get personal insights from one of the world’s best players, and to learn from his experience and get inspired by the Pole’s footballing journey.

Lewandowski will not be the only speaker at the Conference, nor will he be the only star to attend the Dubai Globe Soccer Awards. There will be other top stars in attendance and Dubai Sports Council will be announcing names in the coming days.