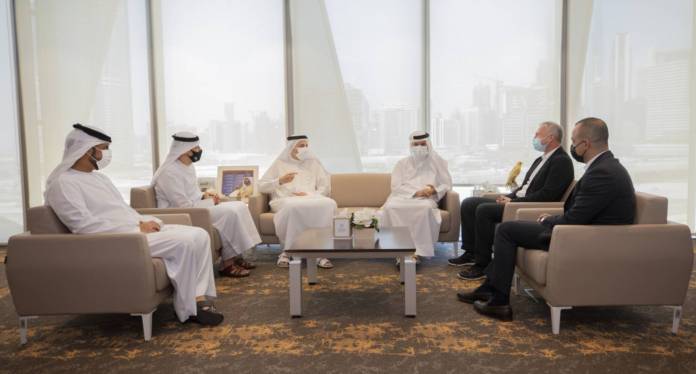 Dubai Sports Council has adopted the coming season’s program for snow sports with more than 10 events scheduled to take place at Ski Dubai in Mall of the Emirates, including three unique new events – a snow volleyball tournament, snow yoga and a fixed-wheel snow cycling championship.

The snow volleyball tournament will make Dubai the first city in Asia and the Middle East to host such an event, while snow yoga will be a unique experience for participants alongside fixed-wheel cycling championship.

Besides these three events, Ski Dubai is scheduled to host a number of other national and international tournaments like the UAE Alpine Ski Championship, UAE National Ski and Snowboard Freestyle Championship and the 12th edition of Ice Warrior Challenge, which is one of the favourite events of the country’s obstacle-challenge enthusiasts.

All the events will be held in accordance with all COVID-19 precautionary measures and protocols as mandated by relevant authorities.

The addition of three new events alongside the old will bolster Dubai’s reputation as one of the region’s top supporters of snow sports and a premier destination for snow sports enthusiasts.

Ski Dubai has hosted a number of continental and world Alpine Ski and Snowboard championships in the past and hosted several international teams like Britain, Russia, Ukraine and the Czech Republic.

Dubai is also home to six snow sports academies, which have more than 700 members training under qualified international instructors. One of the academies is operated by Austrian Martin Dolezal, CEO of Vienna-based Snowsports Academy, who visited Dubai Sports Council earlier this week to discuss further cooperation.

Dolezal praised the facilities dedicated to winter sports in Dubai and thanked Dubai Sports Council for its support of snow sports and for the snow sport competitions it organises and supports at Ski Dubai throughout the year, most notably community events like DXB Snow Run and Ice Warrior Challenge, which allow participants to challenge their limits in sub-zero temperature even as the mercury is soaring outdoors. These community events also serve as an initiation to winter sports.

Dolezal launched Snowsports Academy in Dubai last April in cooperation with Ski Dubai and UAE Skiers Academy. His academy provides an opportunity for snow sports enthusiasts of different nationalities and age to train under the guidance of top international instructors and improve their skills.

The Council, meanwhile, will continue to support the spread of snow sports in Dubai and the country, and provide all the necessary means for the its growth and development, based on the Council’s desire to create a diverse sports environment, which caters to the needs of every members of Dubai’s community, which includes nationals of more than 195 countries.