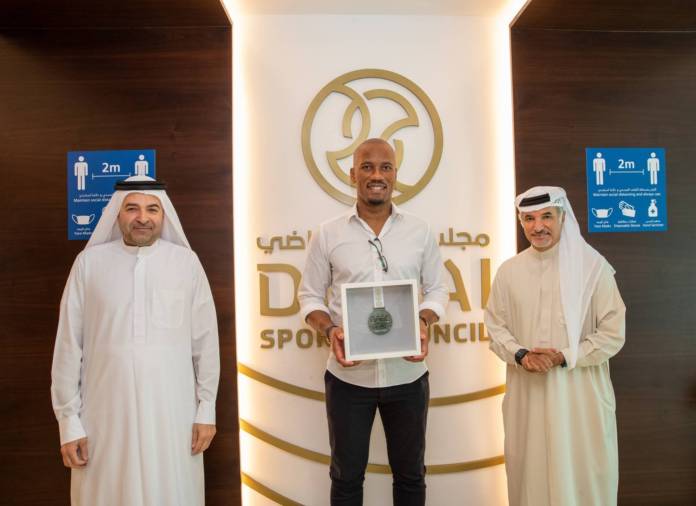 His Excellency Saeed Hareb, Secretary General of Dubai Sports Council, received former Chelsea and Ivory Coast superstar Didier Drogba at the Council headquarters and presented him with the ‘Medal of First Line of Defence’ in appreciation of his support for the Council’s ‘Be Fit, Be Safe’ campaign.

Drogba met HE Saeed Hareb in the presence of Nasser Aman Al Rahma, Assistant Secretary General of Dubai Sports Council, and the three discussed a number of projects and initiatives where the Ivorian is keen to collaborate with the Council and invest in Dubai’s growing sports sector.

Welcoming the two-time African Football Player of the Year, HE Saeed Hareb said Dubai Sports Council is always keen to work with sportsmen from around the globe, past and present, for the benefit of sports in the UAE and Dubai, and will extend every kind of support for any of their projects or initiatives that meet the Council’s strategic objectives, as well as encourage them to invest in Dubai’s growing sports sector and become a part of the emirate’s sports family.

Thanking HE Saeed Hareb and Nasser Aman al Rahma for the warm reception at the Council, Drogba, who toured every section of DSC and met the staff, and spent considerable time in the “Innovation Lab” playing table tennis, said: “I have been coming to Dubai since 2004-2005, and from that time I made a lot of friends who have also become family. There’s also the sports family and so it is important for me to come here to Dubai Sports Council and tell the Council that I am here as a sportsman, as someone who has a passion for activity.”

Considered one of Chelsea’s greatest, Drogba, who won four English Premier League titles and a Champions League crown in a decorated eight-year career with the London club, is looking for investment opportunities in Dubai.

“First, it is a place I have been coming to since 2004, and second, the people here are really friendly and welcoming, and have even become my brothers. Also for the quality of life, for the kids, for the security and for the overall quality,” said Drogba, 42, who was the Man of Match in the 2012 Champions League final, scoring an 88th minute equaliser for Chelsea against Bayern Munich to force the game into penalties, where The Blues prevailed 4-3.

“The development here has also been amazing and I want to congratulate Dubai’s leadership for all their efforts to make sure people live here happy and in a safe place.”

Talking about the changes he has witnessed in Dubai since coming here first, Drogba said: “Oh my God, the changes… I think it is impossible to describe it. You have to experience it. In 2005 you come here, and you see the evolution when you come in 2006, and then 2008. And now in 2020, it is a completely different country and I get lost sometimes. But that’s a good thing because it means there is development, which, for me, is vital for a country. 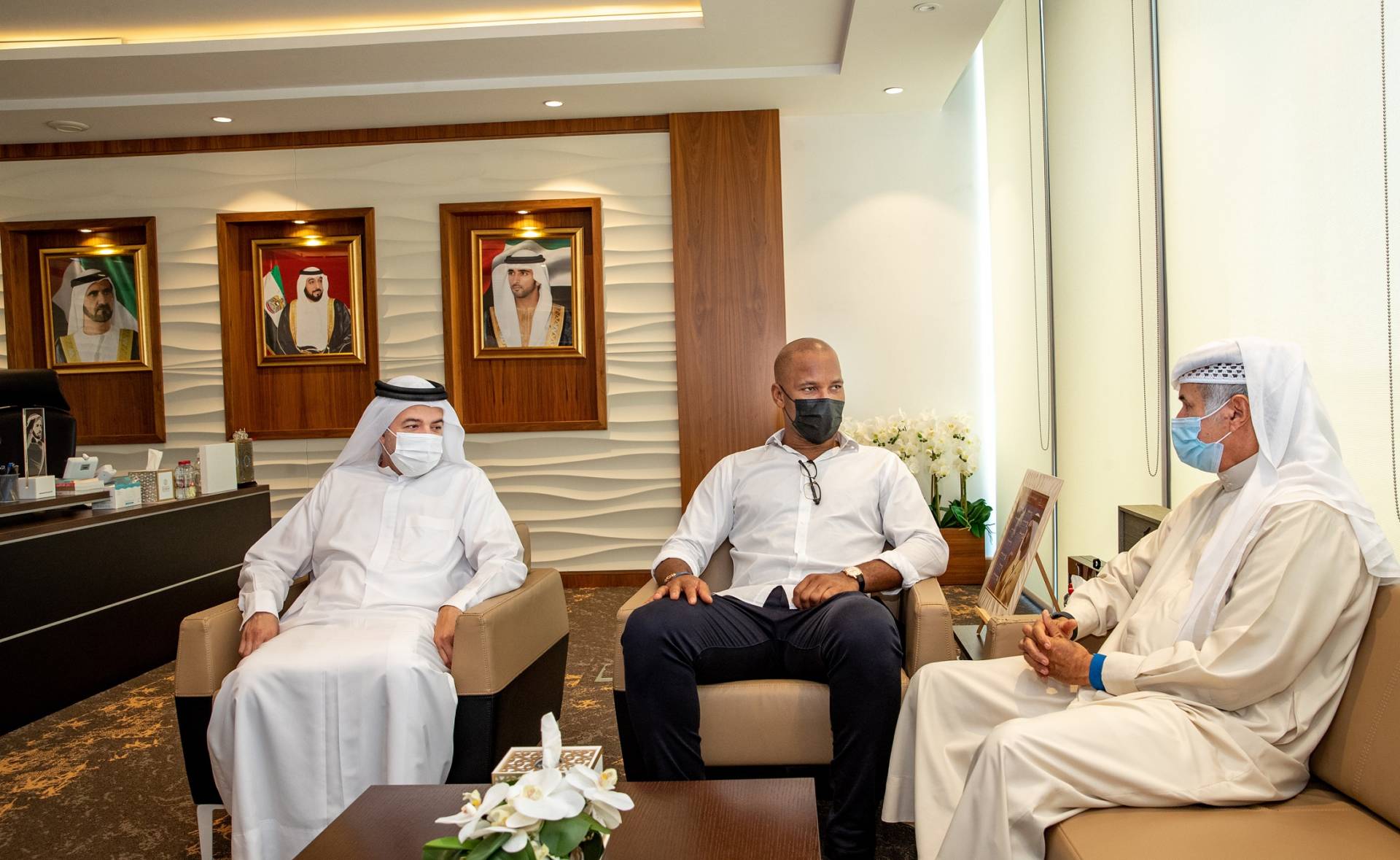 A few months back though, as COVID-19 brought the world to halt, Drogba was in his home country where he got the sad news about the demise of his first agent, Pape Diouf, who died with Coronavirus in March.

Senegalese Diouf started his career as a journalist but changed tracks to become a football agent, and later became President of French football Olympique de Marseille (2005-2009).

Drogba credits Diouf for defining his career and supporting him throughout, and his death showed him how serious COVID-19 was.

“I was in Cote d’Ivoire [during the lockdown] and it was a difficult moment because I lost my first agent,” said Drogba. “It was very difficult. You know when you are not face-to-face with something, it doesn’t affect you. When it doesn’t touch you directly, you don’t feel the risk and the dangers of this virus. But when one of your relative passes away, and you cannot even attend the funeral, it’s another level of sadness.

“That is why I am really emphasising: we need to stay safe. We need to respect all the precautionary measures and act responsibly. The simplest thing is to be responsible.”

Drogba also urged everyone to keep playing sports and adopt a healthy lifestyle, because that could be their best defence against the virus.

“According to the time we are living in now, I think it is important to make people understand that sport makes you stronger, and when you are stronger – I am not saying that you don’t need to use precautions – but sport helps you to boost your immune system and to fight against this virus,” said Drogba, who thanked Dubai Sports Council for presenting him with the ‘Medal of First Line of Defence’.

“I think that is the best way to fight this virus – to stay active, to move, to have a strong immune system, and then you can resist. I really want to spread this message to the whole population of UAE and say that: to be safe, we need to be cautious, we need to respect our life, and we need to respect the life of others.”