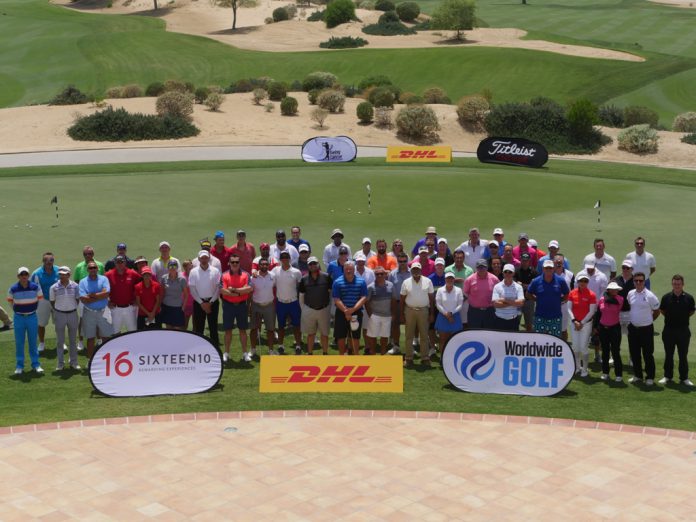 Golf lovers and businesses in the UAE are coming together to fight one of the world’s deadliest diseases by taking part in and supporting the 2017 Swing Against Cancer Golf Series.

The series, which is open to amateurs and professionals and is being run by SFME and our sister publication Worldwide Golf in partnership with Sixteen10, has gained significant momentum since launching at Sharjah Golf & Club with the Worldwide Golf Open in April.

Since then there have been events at Abu Dhabi Golf Club, The Els Club and Dubai Creek Golf & Yacht Club with the region’s corporate and golfing communities coming together in increasing numbers to raise funds and awareness for local cancer charity, Friends of Cancer Patients, while having a unique day of golf and laughter at some of the region’s finest clubs.

As well as some outstanding on course side contests with fabulous prizes and activations from golf’s elite brands such as Titleist and Ping, each of the qualifiers sees one pro and one amateur win through to the Swing Against Cancer Golf Series Grand Final, the star-studded Mike Clark Golf Day taking place on the Fire Course at Jumeirah Golf Estates on October 26.

There they will get the chance to tee it up alongside some top-notch sporting icons, such as former England rugby captain Mike Tindall, as they compete for a ‘money can’t buy’ prize that would give any golf lover palpitations. 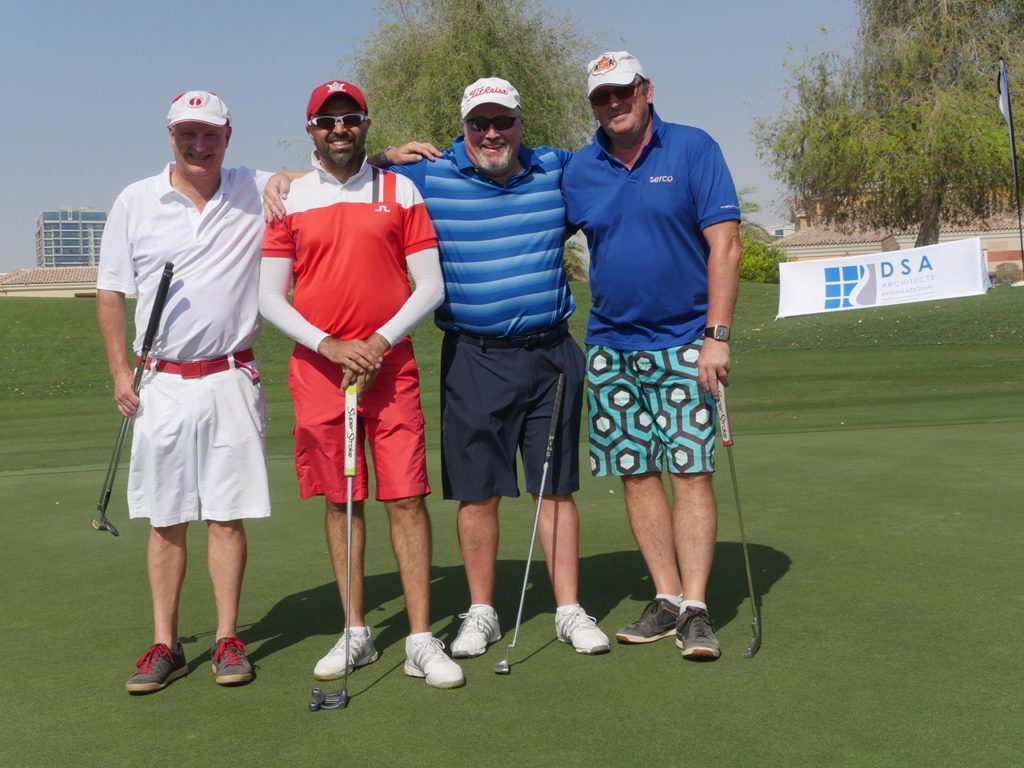 The winner of the 2017 Swing Against Cancer Golf Series will get to tee it up alongside the likes of Rory McIlroy, Henrik Stenson and Matt Fitzpatrick in the Rolex Pro-Am for the DP World Tour Championship. They will also receive hospitality tickets to the tournament, an invitation to the players’ beach party, a two-night stay at Atlantis, The Palm – where the Race to Dubai’s top 60 players will also be staying – and a golf lesson with renowned coach to the stars, Pete Cowen – the technician behind the swings of multiple Major winners!

The pros, meanwhile, will play for an  AED 5,000 cash prize plus a 5-star golf holiday worth AED 10,000. But of course, the fantastic prizes are outweighed by a far more pertinent reason for taking part in the Swing Against Cancer Golf Series.

President His Highness Sheikh Khalifa bin Zayed Al Nahyan declared 2017 “The Year of Giving” in the UAE and there are few worthier causes in the region than the Friends of Cancer Patients charity.

The non-profit organisation, founded in 1999 under the directives and patronage of her Highness Sheikha Jawaher bint Mohammed Al Qasimi, is dedicated to helping cancer patients and their families as well as raising awareness about the world’s deadliest disease. 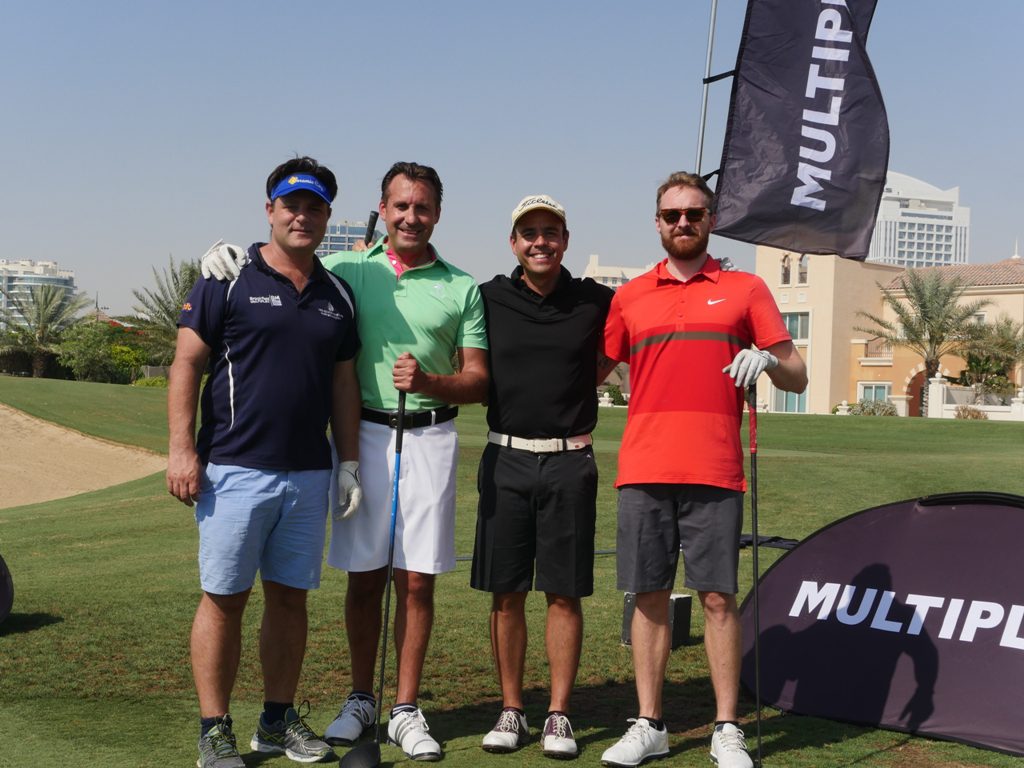 “The Swing Against Cancer Golf Series is a concept created following the fourth successful year of the Mike Clark Charity Golf Day which raised $50,000 for the Friends of Cancer Patients charity,” said Reza Sazegar, Managing Director of Sixteen10, the company he set up in honour of his good friend Mike Clark – the former Jumeirah Golf Estates employee who sadly died from bowel cancer on October 16, 2012 (hence the name Sixteen10).

“Our vision is to unite a community to fight for one common goal; to improve awareness of cancer in the UAE and raise money to help prevent, diagnose, treat and cure patients with cancer and ultimately help eradicate it from society.”

“We’re delighted with how well series has gone so far, it really seems to have captured the imagination of the region’s golfers.”

“Who wouldn’t want to experience teeing it up alongside the stars of the European Tour and then go to a party with them and stay at the same 5-star hotel before watching the Race to Dubai’s climatic tournament in VIP luxury as well as getting a golf lesson off arguably the world’s best coach into the bargain? It’s the stuff of dreams.

“The fact that each and every player who takes part in the series will also be helping to raise much needed funds and awareness to help fight back against a disease that has touched most people in some way, makes this something that we’re really proud to be involved with.”

The penultimate event in the series is the DSA Open taking place September 14 on the famous Majlis course at Emirates Golf Club, home to the Dubai Desert Classic, and it promises to be one of the biggest yet.  Among the highlights will be the participation of former Liverpool footballer Gary McAllister and Dubai-based architectural firm DSA’s Managing Director Steve Kelshaw is thrilled to be able to contribute to what he believes is a worthy cause.

“Dubai has been our home for 30 years now so we feel part of the DNA within the community and have supported this event from its conception,” he said. “Being able to give back to those in need through this great initiative is something that all of us at DSA believe in.”

DSA have proven to be just about as ‘hands on’ as you could hope for a title sponsor of a golf event to be. The company’s directors have pooled their efforts in reaching out to their considerable network of business contacts in the emirate to invite and encourage them to get behind the event. The result is a raft of additional sponsors for the DSA Open including EW Cox, Prosperity, WME Consultants, Al Futtaim Automall, Afridi & Angel, Clarke Samadhin, Al Tayer Stocks, WATG, Nikki Beach Resort, Trump International Golf Club Dubai, Movenpick and Fairmont, The Palm. 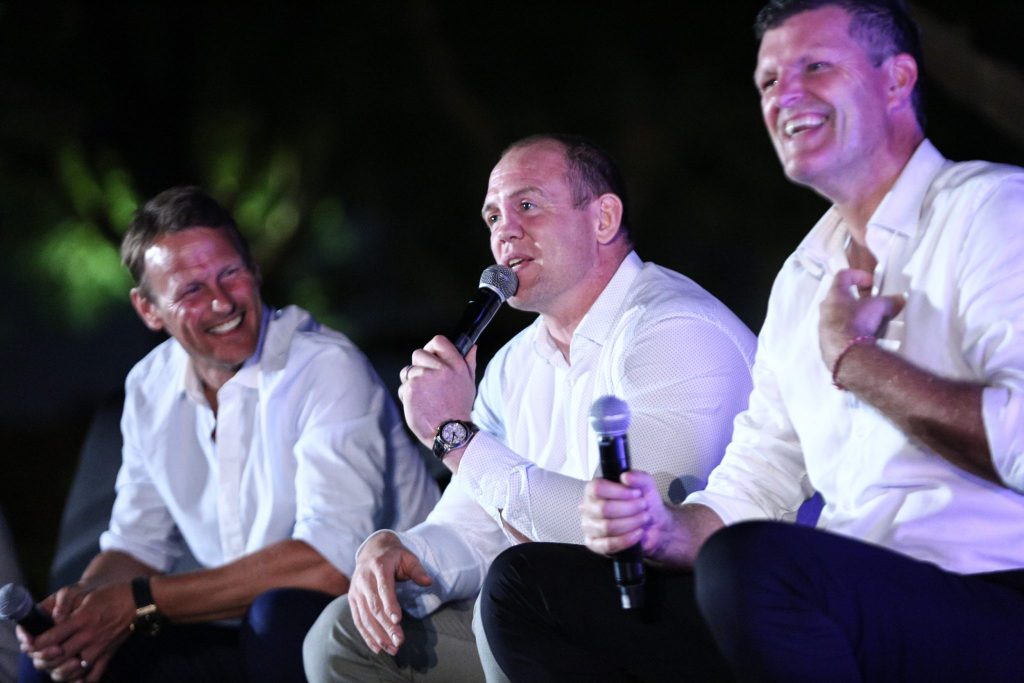 “DSA is a one-stop-shop,” said Kelshaw. “In other words, we provide complete design solutions for our clients. This therefore requires us to work with and beside amazing professionals that we will either sub-contract or be recommended by.

“It is this team spirit of delivering architectural projects with like-minded people that results in all our success.

“It seemed a great opportunity therefore, that when we decided to support again this year’s Swing Against Cancer Golf Series that our ‘wider team’ of colleagues and friends would be willing to take part too. So we reached out to them and of course they stood up to the challenge.

Kelshaw also believes that a golf event provides the perfect environment for the company to engage with their clients in a relaxed social setting while working together with them to support a great cause.

One amateur and one professional will proceed from each qualifier to the Grand Final, which is the Mike Clark Golf Day. There’s no limit to how many qualifiers players can take part in and places can also be booked directly in the Mike Clark Golf Day which last year featured footballers Teddy Sheringham and Trevor Steven, rugby star Mike Tindall and TV presenter Rob McCaffrey (as pictured above) with a great day of golf followed by a sumptuous gala dinner.

Geoff Walsh, County Manager of DHL, who hosted the ‘DHL Open’ at The Els Club, Dubai in May as part of the series said:

“The Swing Against Cancer Golf Series is a wonderful cause and for us it is great to get involved and I think this CSR (Corporate social responsibility) event is great. For the qualifiers to get through to the Mike Clark’s Golf Day is an amazing prize. The Mike Clark Golf Day itself is a wonderful occasion, I attended it last year and it was a fantastic day without even winning and I know that because I don’t win very often! For these players to get a chance to play in the DP World Tour Championship Pro-Am is brilliant, and so the whole event is superb.”

Petar Mladenovic Executive Director, New Business, Multiplex, said: “It is a noble charity and us as Multiplex are a big company in terms of reaching to charities and cancer is one of our big charities that we like to sponsor.” 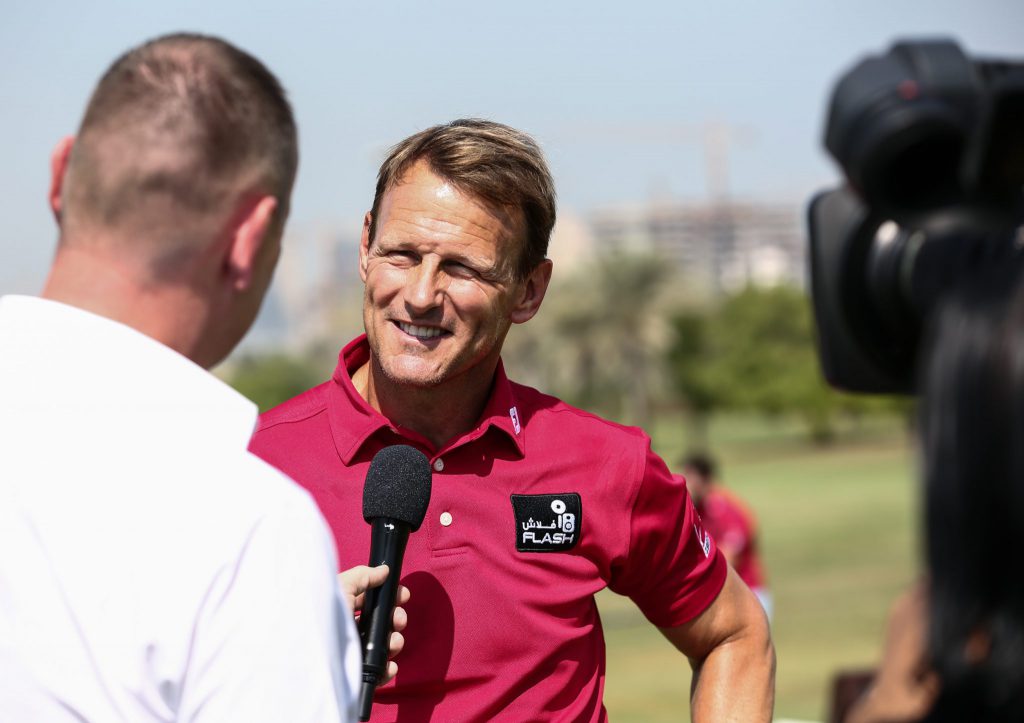 Geoff Hunter, General Manager, Pro Sports International, Official Distributors of Titleist who are providing prizes throughout the series and shirts for the competitors at the Mike Clark Golf Day, said:

“We’re delighted to be supporting the Swing Against Cancer Golf Series. It’s a terrible disease that has touched most people – either directly or within their family – so we’re proud to be involved and looking forward to the rest of the series.”

Dr. Sawsan Al Madhi, Director General of Friends of Cancer Patients Society, added: “We are deeply appreciative of the ‘Swing Against Cancer Golf Series’ initiative, which has been launched following the success of the Mike Clark Golf Day and which will further raise funds for Friends of Cancer Patients. As a non-profit society which works to meet the cost of treatment for cancer patients and to provide them and their families with practical as well as emotional support, our society is totally dependent on money derived from such charitable activities.

“The Swing Against Cancer Golf Series will enable individuals and companies to support the fight against cancer through a meaningful game, giving professionals and amateurs the chance to play friendly and competitive rounds all for a great cause. We are delighted that Worldwide Golf is supporting Sixteen10 with the initiative, with the funds that will be raised from it perfectly encapsulating the UAE’s Year of Giving.”

With some amazing on course prizes such as five-star hotel stays at Nikki Beach, Movenpick, and Fairmont, The Palm, state of the art golf equipment and even a car up for grabs in addition to the chance to qualify for the Mike Clark Golf Day and an evening of fun, food and drink following the day’s play, Kelshaw believes the local golf community are in for a treat at the DSA Open on September 14th.

“Participants can expect a sensational day on a truly marvelous golf course, but moreover we will be having fun raising as much money as we can to try and play our part in eradicating this disease. It’s also a wonderful feeling seeing so many people supporting on the day.”