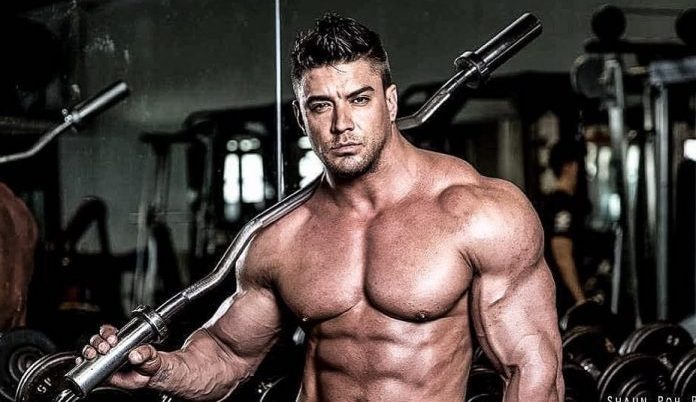 Jaco De Bruyn has taken the fitness world by storm in recent years. The WBFF Professional was once described as having the ‘Best body in South Africa’, which is quite an achievement for a country with a population of over 50 million. In 2016 he achieved the greatest award of his career when he was crowned the ‘International Male Role Model of the Year.’ SFME’s Scott Grayston was lucky enough to pick his brains, when he was visiting the UAE recently, on how to get such a flawless figure.

SFME: Did you enjoy being a part of the inaugural Dubai Muscle Show?

Jaco De Bruyn: It was an excellent event and a fantastic experiencer to be part of. It was my first visit to Dubai and the first time we had represented our brand ‘Aesthetix Era’ in the Middle East. I had fun at the show meeting fans from all over the world and reconnecting with fellow athletes.

SFME: Were people asking you for training tips?

Jaco De Bruyn: (Laughs) Always! When you go to this type of event and meet your supporters, sharing knowledge is key because competing is what we do for a living. Helping out people who are seeking professional advice is always a thing that makes me happy because I remember when I was a fan.

SFME: What are the main challenges amateurs face?

Jaco De Bruyn: The biggest problem they usually have to contend with is a lack of knowledge in dieting and training. It’s not a science, so just giving people some basic tips to help their body types can make a huge difference to their progression.

SFME: Is dieting as crucial as everybody thinks?

Jaco De Bruyn: Absolutely. To get the physique I have today took me ten years. That just proves how much of a long process it is. I think that 80 per cent of getting the right results is down to your diet and finding a formula that works for your body type.

SFME: How long does it take for you to get in the optimum shape for a bodybuilding event?

Jaco De Bruyn: For me now it’s a lifestyle so I always try and stay in the best shape possible. However, if I have to do a competition it would usually take me from 10-12 weeks really focussing on my physique where you have to tweak your dieting a little leading up to the event. I never get too bulky off-season, which helps me a great deal.

Jaco De Bruyn: I aim to have a rest day but it’s very hard so I end up training seven days a week. If I travel that’s when I’m not as dedicated as I should be as I try and get some rest. I love training early in the morning and am usually in the gym for an hour and a half – no more. When I’m home, I have a company that preps my meals for me and I always make sure that I stick to my diet, which is five to six meals a day. I also like to cook my own food so I will usually prep the main meal for my family and kids.

SFME: Do you take part in any other sports away from the gym?

Jaco De Bruyn: Not anymore! My main focus nowadays is competing as a fitness athlete. I loved sport when I was at school so that competitive side has always been fierce from a young age.

SFME: If someone was about to compete in a bodybuilding competition for the first time, what advice would you give them?

Jaco De Bruyn: Everybody competes because deep down inside they want to win. The more you compete and the more you put yourself on the stage, the more you are going to improve and walk away as a more knowledgeable and better athlete from the experience. Backstage is the nicest part of competing because that’s where you communicate with people and learn from them. You always walk away from an event as a winner, even if the decision doesn’t prove that because you’re benefitting from the whole experience. I always say that the worst place to finish is second because you are so close to winning!

SFME: What is the perfect cheat day for you?

Jaco De Bruyn: I would have to say my mum’s cooking. Everything she makes is good. If I really wanted to spoil myself I would have something made with lamb or something that’s quite fatty. I’m not a sweet fan!

SFME: You had the opportunity to go up to At.mosphere on floor 122 of the iconic Burj Khalifa in Dubai? Did you enjoy the experience?

Jaco De Bruyn: I loved it because I am quite an extreme type of guy and not afraid of heights. When you’re outside on the deck it felt like the building is moving which is a bit scary but I would definitely recommend anybody to check it out.