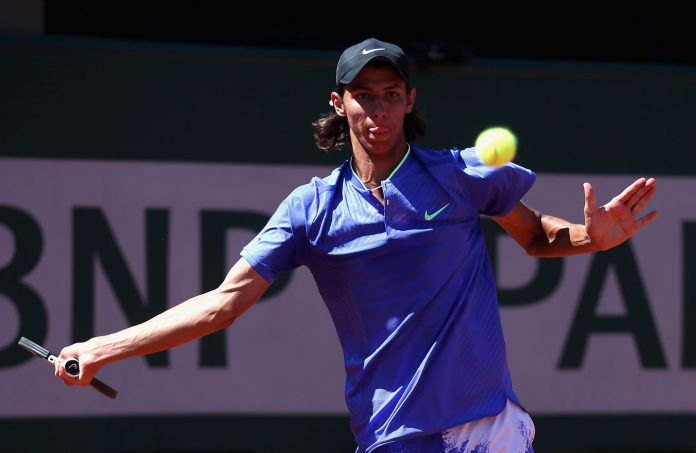 The 17 year-old Australian tennis player of Russian decent, Popyrin was a ball boy during the 2009 Dubai Duty Free Tennis Championships and was a regular player at junior tennis tournaments in the UAE.  In February this year, organizers of the Dubai Duty Free Tennis Championships granted Popyrin a wild card entry to the qualifying rounds of the ATP week. Although he lost his first match against Denis Istomin of Uzbekistan, the chance to play in an ATP 500 event was a great opportunity for the young player.

Commenting on Popyrin’s French Open Junior win, Dubai Duty Free’s Executive Vice Chairman and CEO, Colm McLoughlin said, “On behalf of Dubai Duty Free, I would like to congratulate Alexei Popyrin on becoming Australia’s first French Open Junior champion in 49 years. We wish him all the best for the remainder of the season and hope to see him back in Dubai next year.”

Congrats to Alexei Popyrin – the French Open junior boys’ singles champion and first Australian to win the title since 1968, what an effort! pic.twitter.com/3k9rHR2BAo

Salah Tahlak, Dubai Duty Free’s Executive Vice President – Commercial Services and Tournament Director of the Dubai Duty Free Tennis Championships also added, “As one of our former ball kids, we were happy to give Alexei a wild card to the qualifying rounds this year, which marked the 25th anniversary of our tournament. For him to go on and win the French Open Junior title is fantastic news. Well done and congratulations!”

Clark Francis, Founder and Senior Director of CFTennis said, “We at CFTennis are very proud that our partners Dubai Duty Free have assisted Alexei achieve his dream of winning a grand slam.  Alexei was a brilliant ball kid for us back in 2009 and he had the privilege, thanks to Dubai Duty Free of hitting on stadium court with legend Jim Courier.  The world awaits Alexei Popyrin.”

Currently ranked at 1047, Alexei Popyrin has a career high ATP singles ranking of 1039 achieved on 22 May 2017and doubles ranking of 1556 achieved on 19 September 2016.  He reached the semifinals of the 2017 Australian Open in the junior doubles tournament which was then followed by winning the 2017 French Open junior singles title this month.