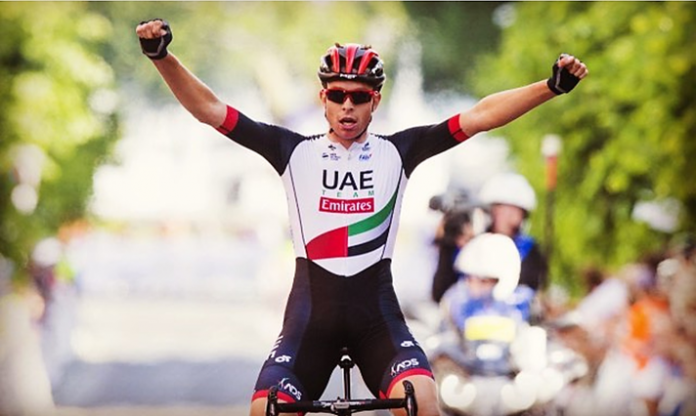 Norwegian National Road Race Champion, Vegard Stake Laengen, analyses week one of this year’s Tour de France, and highlights which of his UAE Team Emirates teammates to keep an eye on.

Twelve months ago, UAE Team Emirates’ Vegard Stake Laengen saw his dream come true – the Norwegian rider was part of a UCI World Tour team gearing up for the 2017 edition of the Tour de France.

Fast forward one year and the 29-year-old is still realising his potential as a rider, having recently achieved another life-long ambition of being crowned the Norwegian National Road Race Champion. Laengen picked up the victory ahead of UAE Team Emirates teammates Sven Erik Bystrom and reigning European Champion Alexander Kristoff, the latter of which will compete at this year’s Tour de France.

We sat with Vegard to discuss the Tour, what the riders will be going through and the stages that will ultimately define the ‘La Grande Boucle’ 2018, which kicks off on Saturday 8th July.

“Stage One would normally be quite easy, but I think given how close we are to the coast, the crosswinds could make it hard for the General Classification (GC) contenders. The winds here can be strong, especially if they are coming in from the Atlantic Ocean. The peloton will be nervous, but if it’s the correct type of wind we could see some teams attack for sure. Whatever the weather, it will be a super nervous and stressful stage for everyone.”

“This area is quite rural. There are lots of fields and at times it can be quite open, so we could still see the wind impact the race. The profile is quite easy though and I’m sure this will end in a sprint finish.”

“The Team Time Trial (TTT) shouldn’t cause too many issues for the main GC contenders as there is still plenty of time to go in the race. The roads are relatively straight and there aren’t too many climbs to tackle, but it will be important for every team to put in a lot of effort to make sure their GC contenders aren’t left with too big a time gap.”

“Stage Four is suited to the sprinters. There are a few rolling hills that go up and down but I think it’s a good stage for Alexander Kristoff. He could use the wind to his advantage and I would expect him to battle for a podium place.”

“There’s a punchy finish at the end of this stage which could impact the race. I would expect to see some of the Classics riders impress; Dan Martin for example. The climbs might just be a bit too difficult for some of the sprinters.”

“Similar to Stage five, there are no big climbs, but the punchy finish into Mur-De-Bretagne could challenge a few riders.”

“More or less flat, this should be a stage for the sprinters. The wind could impact sections of the course, but going into the forest area, they could get a break. This is quite a long stage, especially if there is a change in the weather, but I don’t see too many issues for the riders.”

“We’re now one week into the race and there could still be some gaps because of the TTT on Stage three. Couple that with the finishes on Stage five and six, we could see the peloton start to open up during Stage eight, and, if there is a crosswind, we could see some splits in the peloton.”

“The Classics riders will have a big advantage on this stage. They are going through lots of pave sections which are not easy. You could have bad luck with punctures and the roads are so small, it makes it extremely difficult. It will be hard for the lighter climbers, who will bounce up and down on the stones. I think this has the opportunity to be one of the most epic stages of the tour!” 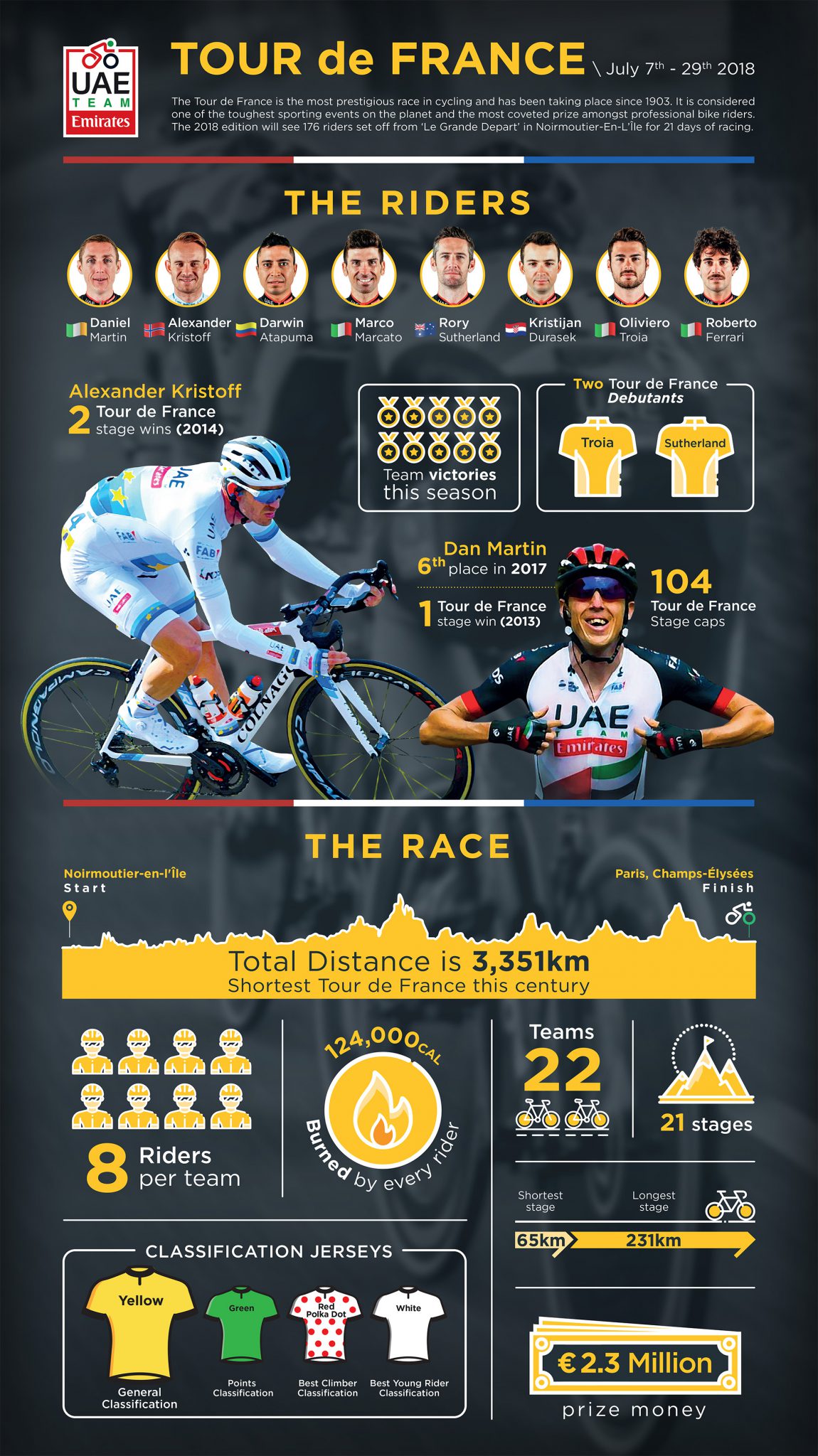 To stay up to date with UAE Team Emirates’ results during the Tour de France, follow the team’s official social media platforms on Twitter, Facebook and Instagram. To get a taste of the tour right here in the UAE, you can sign up to the UAE Team Emirates Youth Academy (8-29 July). Visit JustPlay.ae for more information.