Home Features Pepe – The world at his feet 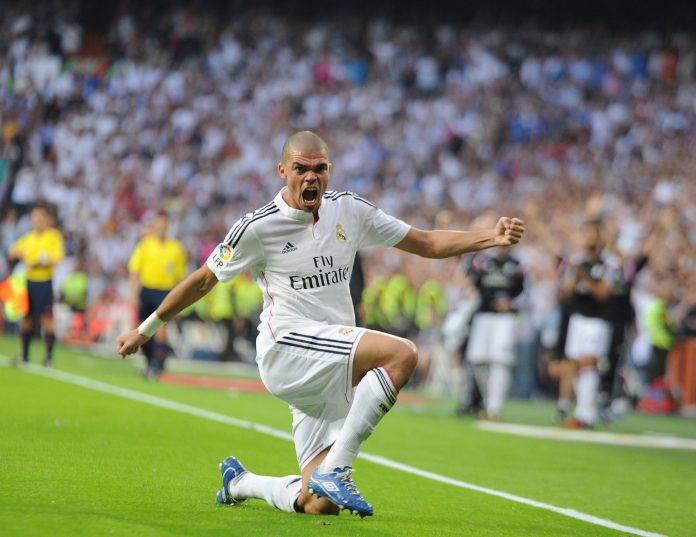 A first pair of football boots always holds a special place in your heart and that doesn’t change whether you’re an amateur player, referee or a UEFA Champions League winner. Just ask Pepe.
The Real Madrid defender suffered a penurious upbringing. Although he was blessed with talent, speed and brute strength; his family struggled to save up enough money to buy him some boots to play in. 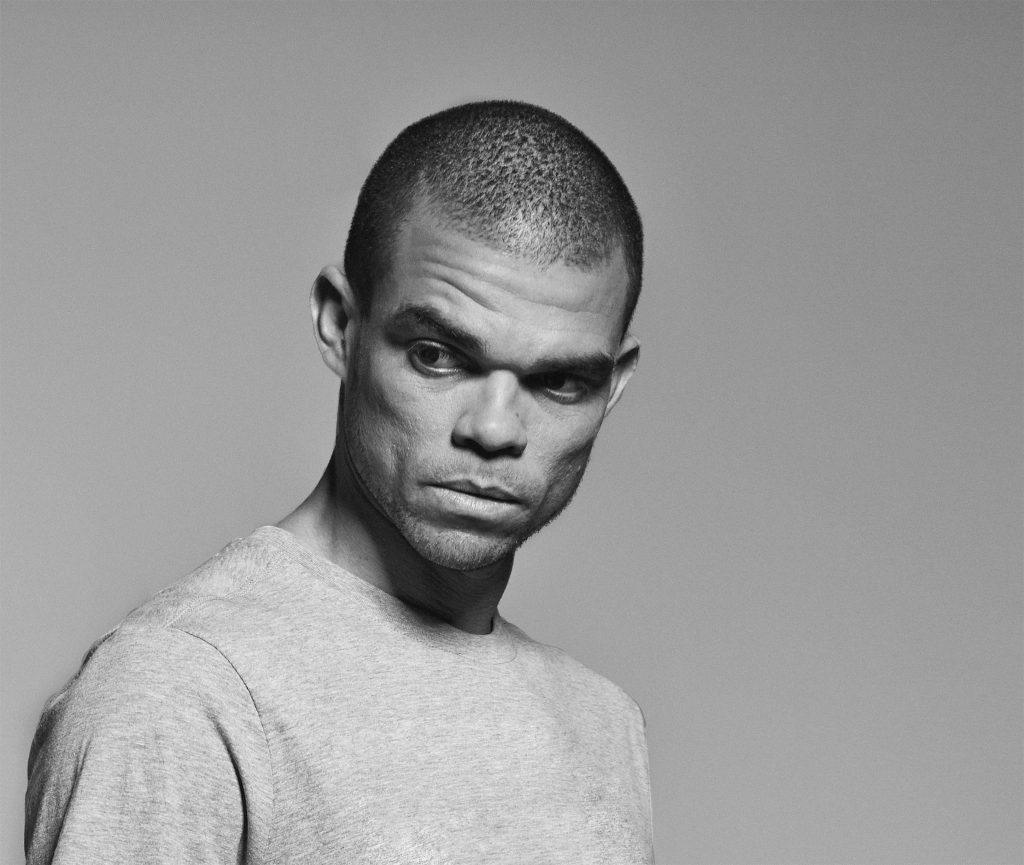 “At Real Madrid we play at such a high level that it is simply expected to be in your best form at all times.”– Pepe

“When I was about 12 years old, I started playing for a better team,” says Pepe. “All the boys there came from wealthier families than mine and wore proper leather football boots. At the time I was wearing boots by local brands, which were made from old car tires!”
All that changed when the Brazilian Portuguese powerhouse was bought his first pair of Umbro Specialis – it was love at first kick and the boots were to remain his trusted companions as he set out on his majestic career.
Umbro had a huge appeal to the youngster after they sponsored his native 1994 World Cup winning Brazil side that featured marquee names like Romario and Dunga.
“At the time the Brazilian national team was really strong and they were sponsored by Umbro – some of the players also wore their boots, the Specialis, so it was very clear to me that I wanted a pair of Umbro boots as the best players in the country, well the world, wore them,” he says. “So, I begged my father to buy me those… and to cut a long story short – he did. Because we weren’t rich, my father had to pay for the boots in installments and it took him 15 months to pay for them! My mother and sisters also had to make sacrifices, so we could afford to pay for my first pair of Umbro Specialis.”
Football is a way of life in Brazil so it’s unsurprising that Pepe was overjoyed when given the same boots that many of his heroes were wearing.
“Everyone plays football in Brazil; the game is constantly on and fortunately Brazil has always had great teams in the biggest competitions, which influences youngsters a lot,” he says.

“The game is all around you in Brazil. Every single kid plays in the streets – initially for fun and because we love it so much. We play it a lot and get better and better at it. One cannot escape the love for the sport in Brazil.”
Pepe’s dedication to the beautiful game was rewarded when he was 18 when Portuguese side Martimo signed him.  Then after three impressive seasons, he earned a high-profile move to top division giants Porto, where he won two Portuguese league titles. Portugal felt like more than just a country to play football in for the Umbro-sponsored player. It felt like home, which is why he pledged his allegiance to their national side rather than Brazil.
“I moved to Portugal when I was still young and was very well received there. I moved from Brazil to the island of Madeira and made many friends there,” he says. “I spent some important years of my football career in Portugal. I was so well accepted and that made me feel like one of them. One day l let Portugal know I would be available to represent them and was extremely lucky (and of course honoured) that they heard me and accepted me on their national team.”
Pepe has gone on to play in two FIFA World Cups for his adopted country and he also featured heavily in Euro 2012 when Portugal made it all the way to the semi-finals, before being knocked out by eventual winners, Spain, on penalties.
Aside from his national success, Pepe had become one of the toughest and most talented defenders in Europe for Spanish giants Real Madrid. The 6ft 2in rock was signed by Los Blancos in 2007 for €30 million and is still plying his trade there now. He has achieved nine pieces of silverware for the Galaticos, as well as an array of personal honours.
In 2013/14, Real Madrid won the most prestigious title in the world – the UEFA Championship League. It was the 10th time the club had won the tournament – the highly coveted ‘La Decima’ as the Spaniards called it. It was an achievement that Pepe regards as the most important in his career so far.
“There have been a few proud moments in my football career but I would say that winning La Decima for Real Madrid after the club had been chasing it for a few years is one of my proudest professional achievements,” he says.

It’s startling to think that a boy who couldn’t afford leather football boots would one day be playing alongside the likes of Cristiano Ronaldo and Gareth Bale.
However staying at the very top of the game for so long isn’t something that comes easily for Pepe, who has to maintain a strict diet and be disciplined with his training.
“At Real Madrid we play at such a high level that it is simply expected to be in your best form at all times,” he says. “We have a great training schedule with the club and they also help us to maintain a really good diet. In addition to that I look after myself well – with growing experience I understand my body better – how far it can be pushed and what its limits are.
Nevertheless the 32 year old indulges in his favourite types of cuisine from time to time.
“We know what we can and cannot eat as professional athletes and I follow a very balanced diet,” he says. “As a Brazilian, I like to have white rice with most of my meals, but I also like the Portuguese and Spanish cuisine. The secret is to be sensible with what you eat and understand your body.”
Pepe feels he owes much of his career to his beloved Umbro, the brand that made his dreams come true. Although he left them in October 2012 to join Nike, he has recently reignited his relationship with the company that played such a crucial role in his route to the top.
“My love for Umbro and the boots (made me switch back),” he says. “Umbro were the first pair of quality boots I had and my family had to make many sacrifices to be able to afford them. Umbro and the Speciali really represent my childhood, my family and the difficulties we faced, when I was growing up.”
The release of the classic and retro looking Speciali Eternal’s, which are a redesign of Pepe’s favourite boots pays testament to his incredible story. He believes the boots were destined to be his sporting weapons.
“I have always loved wearing the Speciali because of its comfort and fit,” he says. “And as you know I have a very deep connection with the original boot. The Speciali Eternal is really as close as you can get to that iconic first Speciali. It’s a classic leather boot that fits so well as if it were made for me.”  Some would say it’s been a match made in heaven.