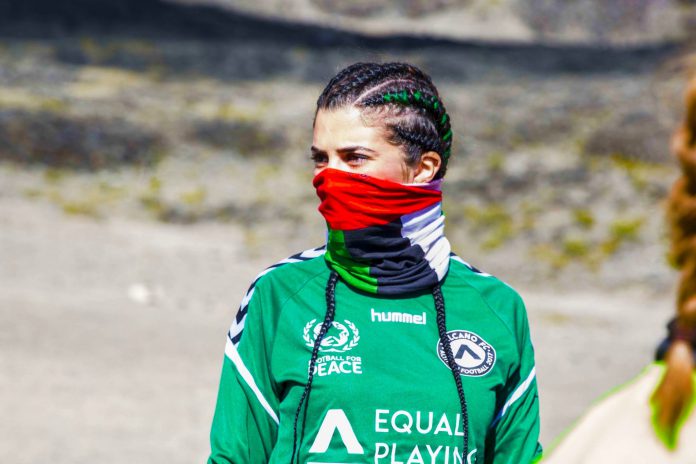 Saja Kamal is a 28 year old Saudi athlete who is carrying the torch for Arab females across the world by challenging preconceptions of what is and isn’t acceptable and achievable in sport. Barriers were part and parcel of life for Saja when she was growing up, and breaking them down in order to help future generations has become her life’s work.

For Saja Kamal, the simple act of joining her friends for a kickabout was anything but straightforward during her childhood. Born in Saudi Arabia, she grew up in one of the country’s sprawling, expat-heavy compounds – built for employees working in the oil sector – so she was luckier than many of her fellow countrywomen with sporting aspirations.  The compound was a relative safe haven in which she could play football; if she were on the other side of the wall sporting opportunities of any kind would have been severly limited.

“I was lucky to have access to the pitches with all the international kids,” says Saja. “There weren’t many Saudi girls who got a chance to play sport or mix with the expats so in that respect I was quite lucky. Women outside the compound could not get involved in sport at all. It was impossible. It was a very challenging place to grow up.” 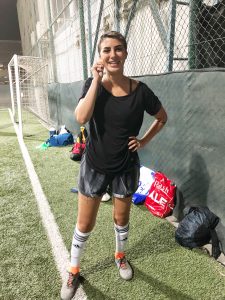 Even in the confines of the compound difficulties arose. Women’s teams were hard to come by and they struggled to stay together for long periods of time due to various family, religious and social commitments. Saja would frequently force herself on any team that would have her just to get that sense of freedom she felt when she crossed the white line.

“I used to play for the men’s team most of the time because they were playing regularly,” she says. “I was introduced to a whole different world when I went to college in Bahrain. I was allowed to join teams and even got involved with the Arsenal Soccer School. I couldn’t help feeling frustrated though – the Bahraini girls were just like me; we shared the same religion and language, we even shared a bridge between the two countries. Yet they got access to numerous pitches and leagues whilst I could literally count the amount of Saudi girls who played football on one hand. It was sad but it’s something I want to change for the next generation of Saudi girls.”

But great change is afoot in Saja’s home country. In 2012 Saudi sent female athletes to the Olympic Games for the first time and this year women have been allowed access to football stadiums and other sporting events previously closed to them while a delegation of six Saudi girls will lead the national football team out onto the pitch for the opening match of the FIFA World Cup this summer.  Last September another historic announcement was made when it was declared that the ban on women driving will be lifted from June 24, 2018. Saja will be one of the country’s figureheads when the new era for women on the roads begins.  “This is something we have been waiting a very long time for. It’s time for change,” says Saja. “I’ve been asked to host a new TV show called Driven. I absolutely love motorsports and I used to race a lot in Bahrain when I was younger.  A lot of Saudi girls are super strong and so rebellious, anything we weren’t allowed to do we end up being professional athletes in! 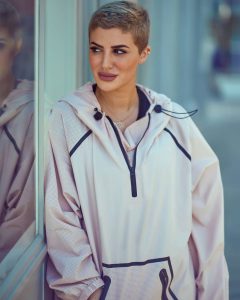 “I’m proud that I can represent Saudi women and ease them into the fact that we are now going to be allowed to drive. I hope girls watch the show and see a Saudi girl driving and it helps them relieve any nerves they have.”

As well as helping to promote women’s driving in Saudi Saja has been travelling the world with non-governmental organisation, Equal Playing Field, to challenge inequality in sport. The organisation set a World Record in 2017 when a group of female footballers, made up of international pros as well as competitive amateurs, climbed to the top of Mount Kilimanjaro and played the highest altitude game of football. Of any gender.

“It was great to be part of that and to meet so many women who play the same game. We speak different languages and have different minds but once the ref blows the whistle we are all the same people,’” she says. “It took us almost seven days to reach the summit and three days to get back down. We had to play a 90 minute match which was the equivalent to 6-7 hours at normal altitude. It was physically draining but I think our mental strength and passion to reach our goal got us through it.”

Saja’s determination to break through barriers of preconceived notions regarding women in sport in Saudi have naturally made her a role model for others facing similar challenges, which is something she is immensely proud of.

“It feels good that I can inspire young Arab girls,” she says. “I love it when girls come up to me and tell me how the boundaries and limitations they have aren’t going to stop them from achieving their goals. One girl I spoke to told me that their father wouldn’t let her join a gym but after watching my videos she started working out in her room. It’s those kind of messages keep me going. It’s very rewarding.”

Away from her work promoting Arab women’s sport Saja is a frequent visitor to Dubai where she enjoys freedoms that aren’t afforded to her in her homeland. “I love to visit the beaches in Dubai and play volleyball which is great because we can’t do that in Riyadh,” she says. “I think people take that stuff for granted. Every time I visit Dubai I am super active and want to sign up for everything. Hopefully in the near future there are going to be a lot more options for women in Saudi”. 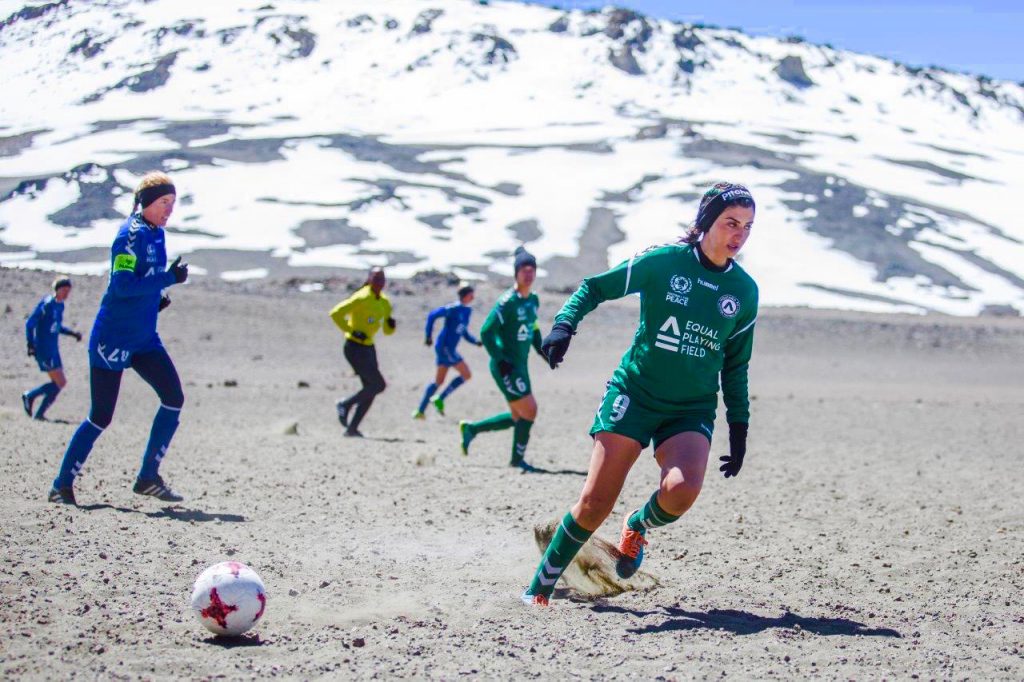 The FIFA World Cup is on the minds of football lovers around the world at the moment but while national team prepare for their fifth FIFA World Cup appearance in Russia this summer there is still currently no women’s national team. With the current  ‘social revolution’ taking place in the country, Saja is hopeful that the formation of a women’s team is just around the corner.

“My biggest dream for Saudi is that they create a women’s national team. Anything I can do to make that come true I want to be a part of,” she says. “Whether or not I play for the team I just want to see women be a lot more active. I used to wear tennis shoes and walk around the mall with my aunt because we had nowhere to go and train so that would be my workout. We need to keep progressing as a country and I hope one day we can be free to participate in sport wherever and whenever.”

With her country displaying a willingness to change and Saja leading the way in showing what can be achieved her dream may become a reality sooner rather than later.