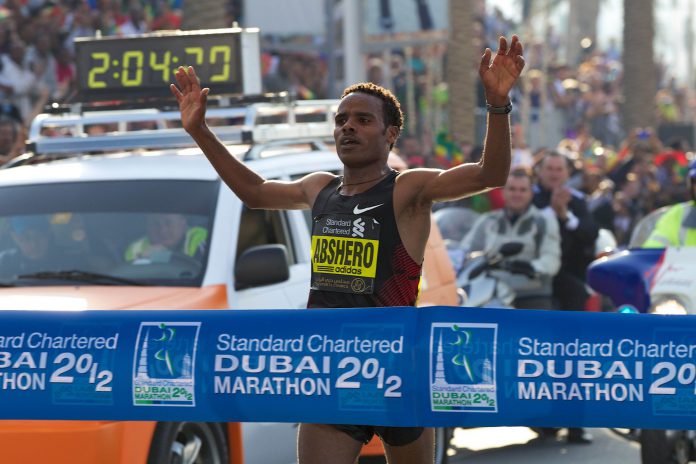 With a history of providing fast times and record prize-money for established athletes and relatively unknown runners alike, the Standard Chartered Dubai Marathon is firmly established as one of the ‘must-run’ events on the calendar for the athletics world.

And with 2016 being an Olympic year, the desire to post a fast time and mark the cards of the national team selection committees will be a key priority for those with ambitions of striking gold in Rio later in the year.

The IAAF Golf Label race has a history of fast times over a race course that is both flat  and with very few turns. The fact that organisers have put the race start time back from 7am to 6.30am will also mean that the race leaders will go into the final stretches of the marathon without the worry of the early morning heat sapping their depleted re-serves.

Now in its 16th year and to be staged on January 22 under the patronage of HH Sheikh Hamdan bin Mohammed bin Rashid Al Maktoum, Crown Prince of Dubai, and staged under the aegis of the Dubai Sports Council, the Standard Chartered Dubai Marathon is again expected to attract more than 25,000 runners across its three classes. 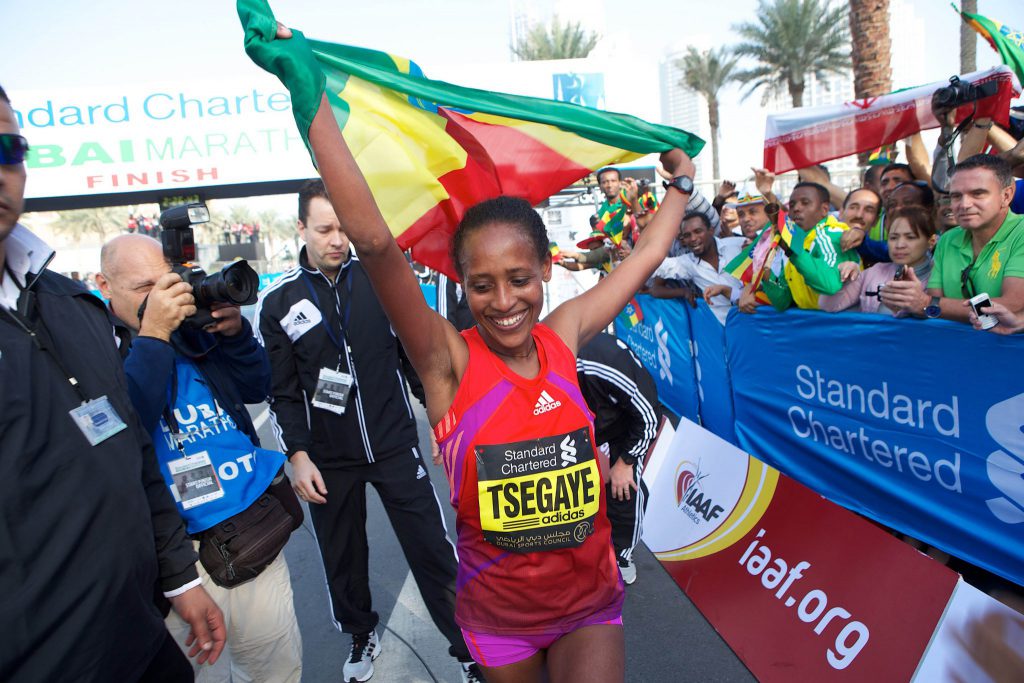 Already putting in the pre-race training hours are four of the sport’s biggest names, including three former champions and a man who is no stranger to the podium having won the London Marathon twice and who is set to make his Dubai debut.

As well as having won in London in 2010 and 2013, Ethiopia’s Tsegaye Kebede boasts podium success at some of the biggest events in long distance running.  The Ethiopian – who will celebrate his 29th birthday a week before the race – has also has also won the Chicago, Paris and Fukuoka marathons.

Although one of the smallest runners in any elite field, Kebede has been one of the most consistent marathon runner of the past few years. In addition to those marathon titles in the US, Japan, UK and France, he also won marathon bronze at the Beijing Olympics in 2008 as well as a bronze medal at the World Championships in Berlin.

“I started running at school in 2001 but didn’t start training properly until 2004,” says Kebede. “Even then I didn’t have a coach – I was just running for my district in local competitions, which is about 35km northeast of Addis Ababa in a place called Gerare, near to Sendafa.

“At the end of 2006, I finished second behind Deriba (Merga) in a time trial and straight away became part of a group of athletes who trained together. Six months lat-er I won the Abebe Bikila Marathon, which was a great day for me, and at the end of 2007 I won the Toyota Great Ethiopian Run.”

Since making his marathon debut in Amsterdam in 2007 (sixth place – 2h:08m:16s), the diminutive Ethiopian has moved through the gears finishing second behind the lat-er, great Sammy Wanjiru in the 2009 London Marathon and two years later taking third place in the 2011 New York City Marathon.

Although Ethiopia didn’t select him for the London Olympics in 2012, he kept up his training regime resulting in a new personal best of 2h:04m:38s and victory in the Chi-cago Marathon.  After taking fourth at the World Championships in Moscow, he also secured victory in the Men’s 2012-2013 World Marathon Majors series by taking se-cond place in the 2013 New York City Marathon.

“Tsegaye Kebede has been one of the most prominent and consistent marathon run-ners over the past few years so we are delighted he has chosen to run in the Standard Chartered Dubai Marathon in Olympic year,” says Event Director Peter Connerton.

“As well as two wins in London, he has two top three places in New York to his name so he could prove to be a real threat to the Dubai course record. The demand from athletes to get a fast time under the belts early in the year means we are seeing a huge amount of interest in running in Dubai on January 22 and we are currently finalis-ing our elite line-ups in both the men and the women’s event.”

One man who is certain to prove to be an obstacle to Kebede’s hopes of winning in Dubai is the current course record holder and his fellow countryman Ayele Abshero, who will make his first appearance at the world’s richest marathon since making a stunning Dubai debut in 2012.

Abshero, who began running in order to follow in the footsteps of his older brother Tessema, represented Ethiopia at a major competition for the first time at the 2008 IAAF World Cross Country Championships, where he finished second in the junior race.

After winning the Junior World Cross Country Championships in Jordan a year later, he enjoyed a few years on the track before making his move to the marathon distance – and it was his stunning debut in Dubai that saw him win in a course record 2h:04m:23s, making him at the time the fourth fastest marathon athlete ever.

The time was also the fastest ever marathon debut in history and bettered by some 30 seconds the Dubai course record set by his hero and three-time Dubai champion Haile Gebrselassie in 2008. Since then he has finished third and sixth in the 2013 London and Chicago Marathons respectively, claimed fourth in London in 2014 and this year was third at the Gyeongju International Marathon in Korea.

On the women’s front, 2013 Standard Chartered Dubai Marathon champion Tirfi Tsegaye Beyene – also winner of the 2014 Berlin Marathon – will be looking for a suc-cessful return to the Middle East.

“The demand to compete in Dubai remains as high as ever but it is always pleasing to welcome back former winners of the event,” adds Peter Connerton.  “The course is always flat and fast, which is a major factor in an Olympic year as the athletes target Rio 2016. Since winning in Dubai, Tsegaye has enjoyed a very successful spell, in-cluding back-to-back marathon wins in Tokyo and Berlin in the space of seven months so we expect her to be a key figure in next month’s race.”

Also in the line-up alongside Tsegaye will be two other former champions in the shape of Ethiopians Mamitu Daska and Mulu Seboka. Daska, winner in 2010, and 2014 champion Seboka will also be in the frame for the winner’s cheque of $200,000.

Since winning in Dubai, Daska has lowered her marathon personal best to 2h:21m:59s thanks to victory at the Frankfurt Marathon in 2011, while she also won the Half Marathon title at the All African Games in 2015. For Seboka, it will be a third straight appearance in Dubai – she followed her 2014 win with fifth place in 2015 – and the 31 year-old is looking forward to it.

“Dubai is a very special marathon for me as I was champion in 2014 and I ran my per-sonal best there in 2015,” says Seboka, who claimed fifth in her first World Marathon Major appearance in Chicago in 2015. “I want to come back to run even faster and my whole focus since Chicago has been my return to Dubai.”

While the established names will all be in the frame when the race gets underway from outside the Dubai Police Academy, the race is also likely to see the launch of many new champions. The first and only marathon in history to have the top five men finish under 2h:05m and the first to have three women complete the course in sub-2h:20m, the Standard Chartered Dubai Marathon also has a reputation for forging new stars with two of the last three men’s winners being marathon debutants. 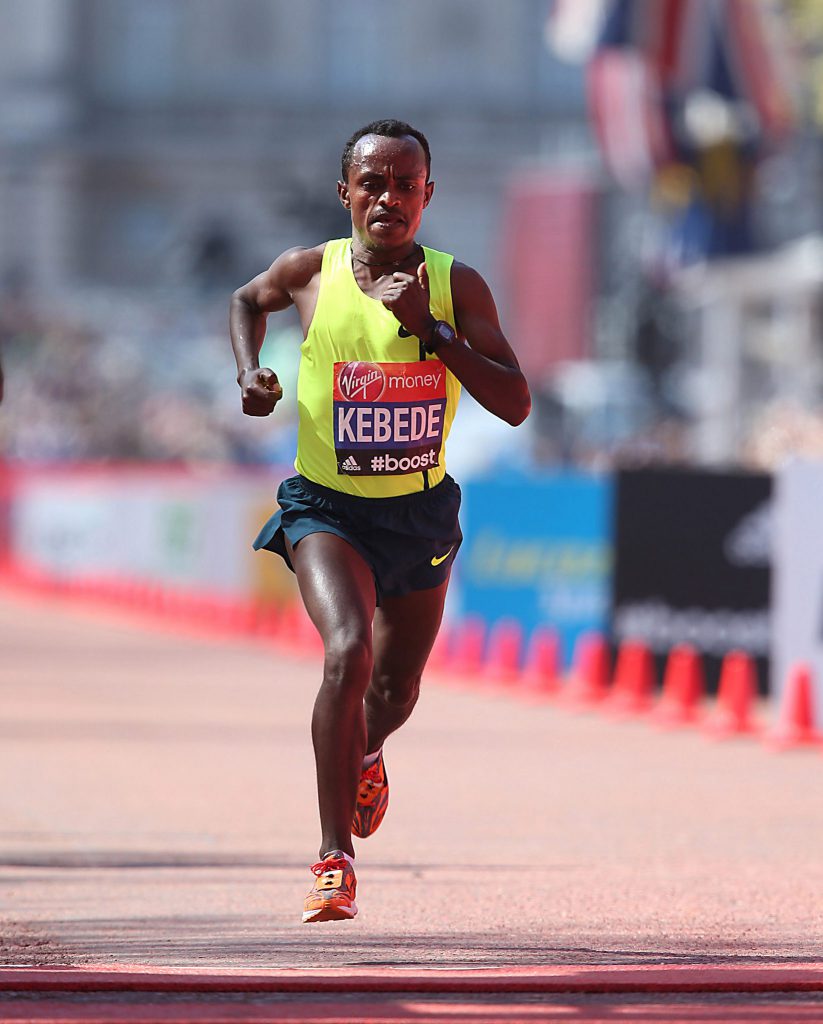 General Co-ordinator, IAAF Council Member and UAE Athletics Federation President Ahmed Al Kamali says: “The records over the past five years are there for all to see and underline the incredible strength in depth and overall quality throughout the elite field at the Standard Chartered Dubai Marathon.

“But while we are focused on providing a world-class event for the elites, we are equally determined to provide the best marathon experience for amateur runners as well as those who simply like to get outdoors and join us for the Fun Run. The whole day embraces sport and the UAE community, while delivering a world-class event for athletics’ finest long distance runners.”

While the elites will line up with ambitious amateurs for the traditional marathon dis-tance of 42.195km, places are still available in the popular 10km event and the 4km Fun Run. Runners looking to sign up can do so by registering through the official web-site www.dubaimarathon.org.

In addition to Standard Chartered as title sponsor, the Dubai Marathon is supported by the Dubai Sports Council, adidas, Dubai Eye 103.8FM, Dubai Holding, Dubai Police and the RTA.