Home Features Morgan Aste – The Big Rock Has It All 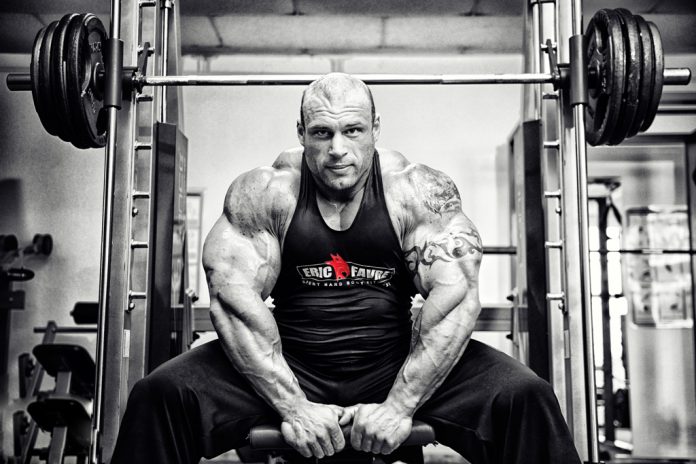 It’s not often that you have to do not only a double take, but a triple take, upon first laying eyes on someone due to their sheer size and hulking physique. But this was certainly the case when SFME’s Scott Grayston met Morgan Aste at the recent Eric Favre Dubai Fight Night. The French bodybuilder’s arms are bigger than the average man’s head, he stands at over 6’3” and weighs in a over 350 lbs during the off season. But he’s also a gentle giant. Here he talks about how he got involved in bodybuilding, his pride at showing that bodybuilders could still match the power boys when he was twice declared “Strongest Man In France” and how many calories he has to eat in a day to maintain such a brutal physique.

SFME: What age did you start seriously getting into weight lifting and realising that you had the potential to get to the size that you have reached now?

Morgan Aste: I noticed I had better physical abilities than the other boys, and I was constantly asked if I was lifting weights, so I started lifting when I was 16 years old. My father used to have his own gym in the house and from there I started working out more intensely with a special diet. My strength gains were spectacular, and when I was 20 years old I competed in my first bodybuilding contest to see how I was doing compared with the other guys.

SFME: What made you switch to Strongman and then back to bodybuilding?

MA: I thought that a lot of people considered bodybuilding a sport for getting big muscles, but without strength. I wanted to compete with the strongmen to prove that bodybuilders were powerful and able to lift very heavy weights and I did that.

SFME: What are the differences between the Strongman competition and bodybuilding?

SFME: Who were your idols growing up?

MA: Arnold Schwarzenegger was my role model. He is a bodybuilding phenomenon and his success is very inspiring. 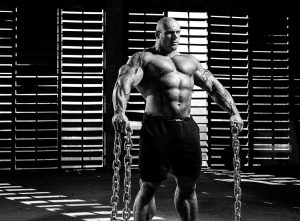 I train every day of the week and my routine is: cardio and muscle development.

SFME: What is your food intake like in order to bulk up and build muscle?

MA: The quantity and quality of the ingredients are extremely important because they have an influence regarding the muscle development and now that I have changed my trainer and my training I pay much more attention to what my food contains.

SFME: How many meals per day do you eat when bulking up?

MA: I would have eight meals every day which works out about 8,000 calories.

SFME: How often do you train in a normal week?

MA: I train every day of the week and my routine is divided into two categories: cardio and muscle development.

SFME: What are your future targets and aims as far as your career is concerned?

MA: The first step for me would be going to the Olympia Amateur in India. The objective then is to obtain a pro card, compete in Mr. Olympia and have a long and succesful career.

SFME: Do you have any records that you are proud of?