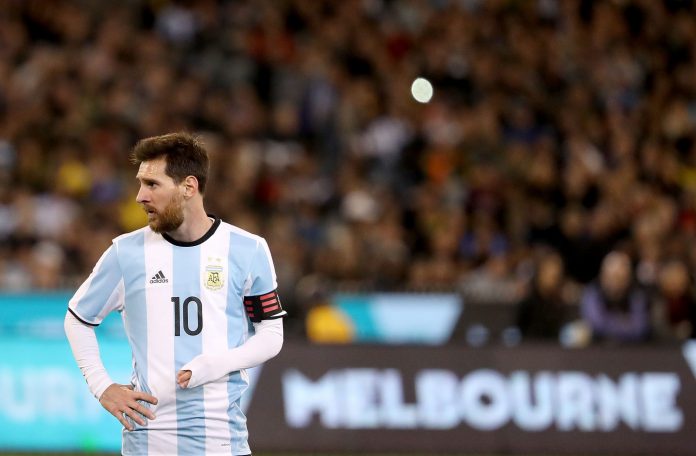 Lionel Messi was in sensational form as he ensured Argentina qualify for the World Cup after a nervy campaign came to an end with a 3-1 win over Ecuador.

The Argentine scored a hat trick to lift the 2014 runners up from sixth to third place and guarantee automatic entry into the 2018 World Cup after they were in danger of not qualifying for the first time since 1970.

The Barcelona superstar outshone his opponents and claimed goals in the 12, 20th and 65th minute with a fine solo run sealing the hat trick after Ecuador had taken an early lead in the first 38 seconds through Romario Ibarra’s goal – the quickest goal Argentina had ever conceded in a World Cup qualifier.

When the pressure is high, rise above it.
Leo Messi leads @Argentina to the World Cup. 🏆#HereToCreate pic.twitter.com/T1IxLobBL1

Meanwhile reigning Copa America champions Chile will not be heading to Russia after succumbing to a 3-0 defeat at the hands of Brazil. The Chileans were on course for their third successive World Cup after starting the day in third place, but after falling behind to Brazil and a late equalizer from Peru against Columbia meant the South Americans needed one goal in order to claim a playoff place.

In injury time Brazil were bombarded with the whole Chile squad in their half, including goalkeeper Claudio Bravo, however their attack broke down and Gabriel Jesus claimed his second of the match to end all hopes for Chile. After the damning result, Chile’s manager Juan Antonio Pizzi stepped down.

Peru’s draw sees them take the play off place and they will go toe to toe with New Zealand with the winners of the two legged playoff cementing their place in Russia next year.

Uruguay will join Brazil, Argentina and Colombia in the World Cup after a 4-2 win over Bolivia with Barcelona forward Luis Suarez scoring two in the process.