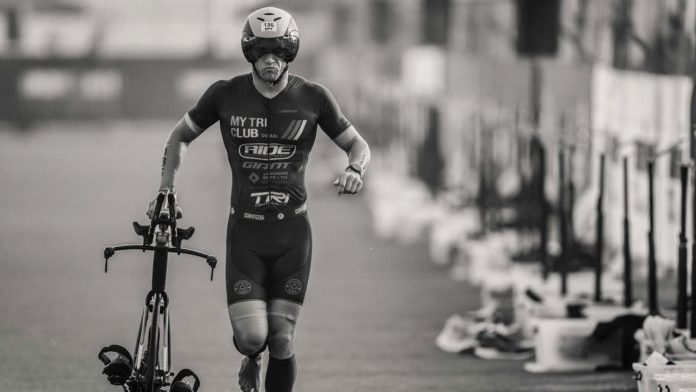 Dubai-based triathlete Matt Dewhurst has competed for Great Britain and finished 10th in Europe at the European Long Distance Championships for Great Britain in 2017. Unfortunately, like all other sports, COVID-19 has meant that the competitions have been postponed so it’s frustrating with all the hours of dedication and discipline that’s required to get into triathlon-shape.

“I was supposed to be racing in the Ironman South Africa last week but that’s been postponed,” says Dewhurst who has been competing for six years in total. “I’m now training for my first main race of the year which is representing GB at the ETU Middle Distance Championships on the 28th June, in Walchsee, Austria, but I doubt it will go ahead. This would have been my second time racing for GB and I would have been aiming to try and get podium there. Officially the race isn’t off yet as of this moment, but it’s looking seriously unlikely with British Triathlon cancelling all their events until July.” 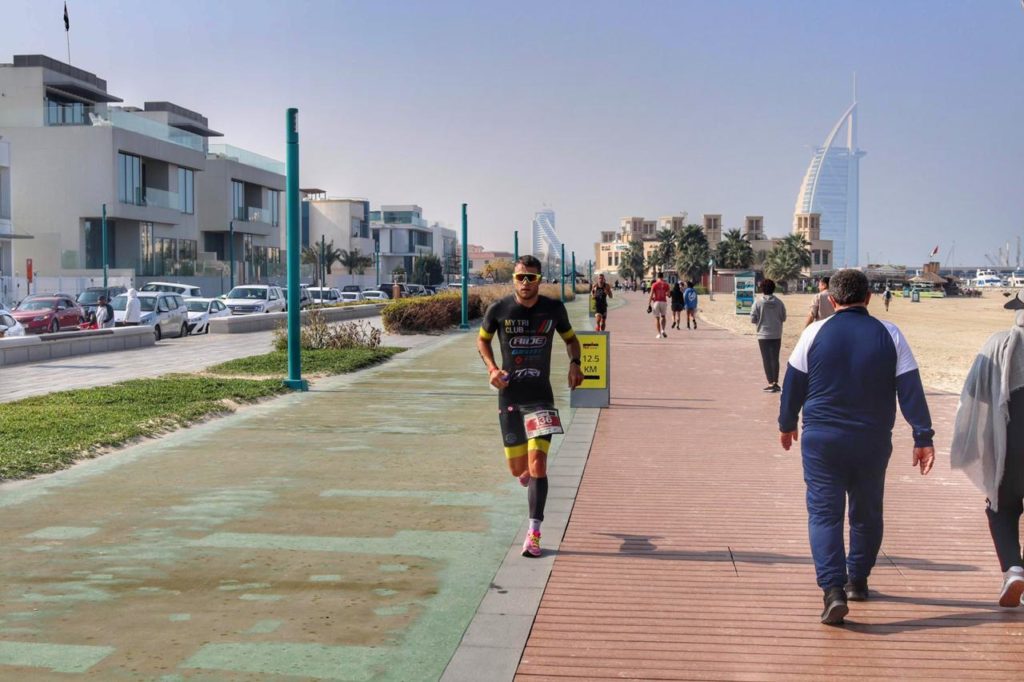 Dewhurst came over to the UAE originally as a football coach in Sharjah but helped Ben Parnell at My Tri Club Dubai when it was set up three years ago and has worked his way up to Head Coach.

He has a number of accolades over the years and was hoping to add more this year until the coronavirus struck. “I’d say my best achievements is either winning the 2017 Snowman Legend which is a half Ironman distance race that takes place in Snowdonia and is ranked in the top 10 hardest in the world. Also, I loved representing my country and coming 10th in Europe at the European Long Distance Championships for Great Britain in 2017. Also being part of My Tri Club Dubai from the beginning and seeing the club and athletes grow in that time has been special.” 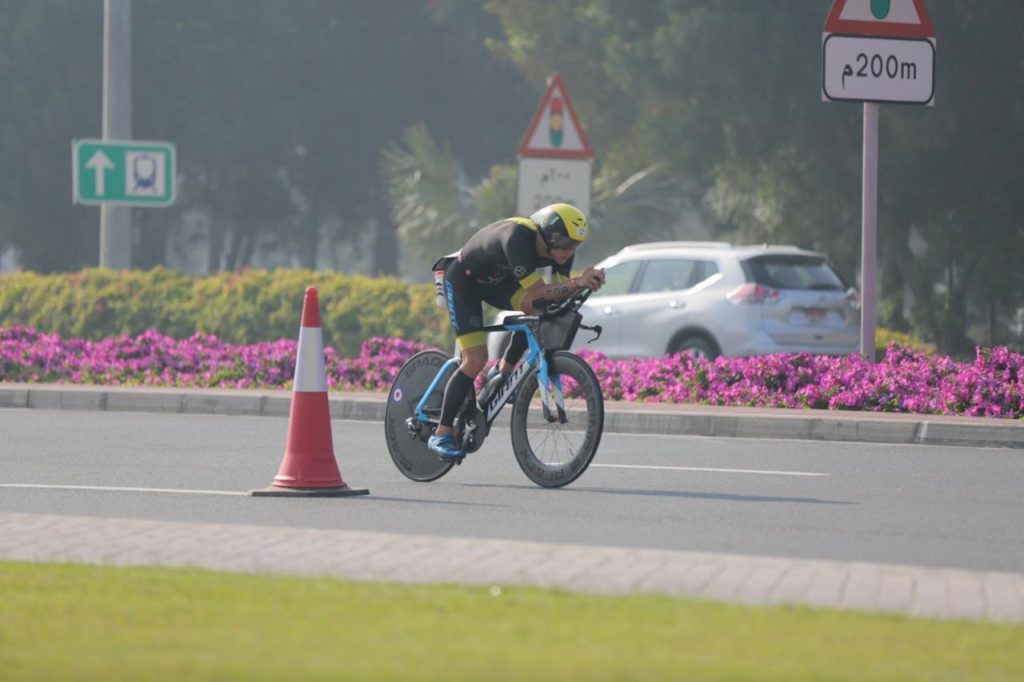 Trying to maintain your fitness is difficult for anyone during COVID-19 but must be even harder for a triathlete. “Yeah it’s very frustrating,” Dewhurst adds. “Being outdoors and in the sun is one of the reasons I love living here in the UAE. Not being able to do that and properly interact with people is the worst thing about this situation.

“I’ve been trying to keep fit still but have been restricted. I’ve pretty much cycled every day indoors on the turbo trainer and have been using ‘Zwift’ which is a software that allows people all over the world to join to train and race virtually online. I’ve been hosting training sessions on there for people to come and join. I’ve done some bungee cords swimming but limited amounts. But finally, a lot of strength & conditioning, lots of prehab work and mobility to help with preventing injuries and help maintain as much fitness as I possibly can.” 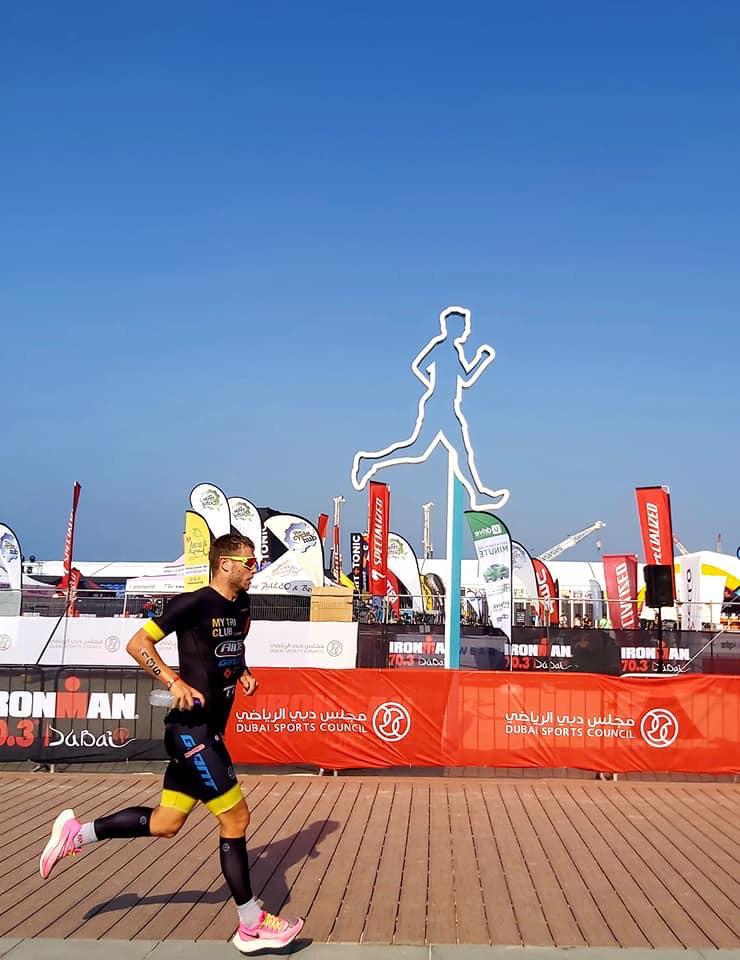 With all this training ongoing, when’s the next race scheduled on Dewhurst’s calendar?

“For the Ironman 70.3 World Championships, a lot of people will be affected in their preparation for that, so my target would be just to go there, enjoy it and give a good account for myself. It would be difficult at this rate to prepare as best as possibly for it with the restrictions I have in place.”

UAE Team Emirates back to winning ways at Vuelta Burgos