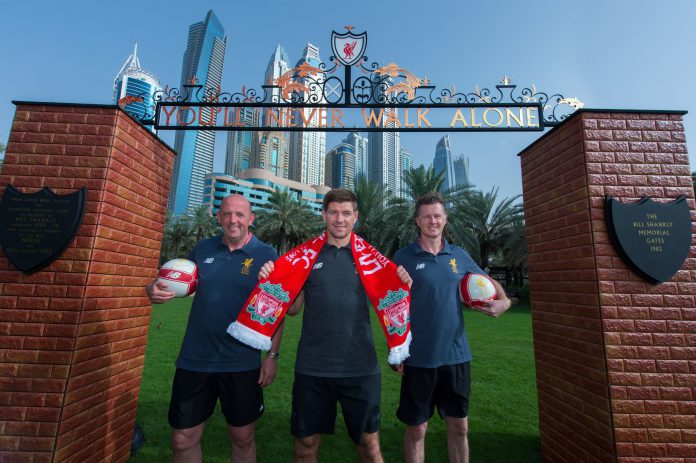 Steve McManaman was accustomed to impeccable standards and had a winning mentality in his prestigious career so he knows a thing or two about what it takes to win the game’s biggest trophies.  The gifted winger had an illustrious career which saw him make 401 club appearances – Liverpool (272), Real Madrid (94) and Manchester City (35) – as well as representing England on 37 occasions. British stars David Beckham, Michael Owen and Gareth Bale all followed his path from the English top flight to Real Madrid, but it was McManaman who blazed the trail, making the switch to Los Blancos in 1999 and enjoying a remarkable period of success, winning eight trophies and playing in 11 cup finals in four years. SFME caught up with the 46 year old in Dubai recently when he visited with new Rangers manager Steven Gerrard and his assistant Gary McAllister for the LFC World launch at Barasti Beach. 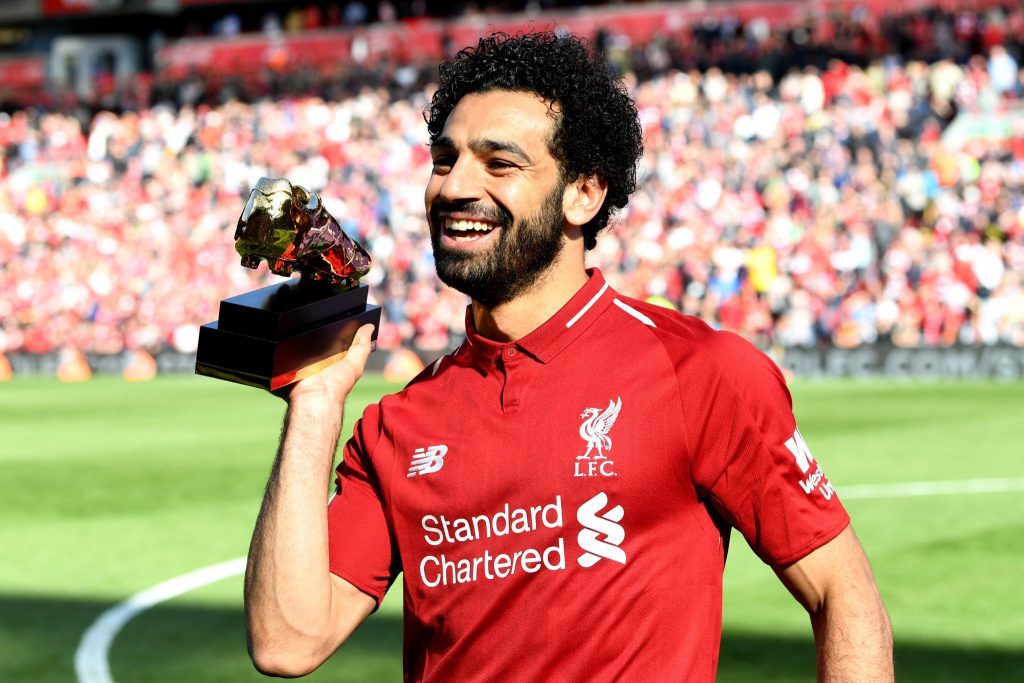 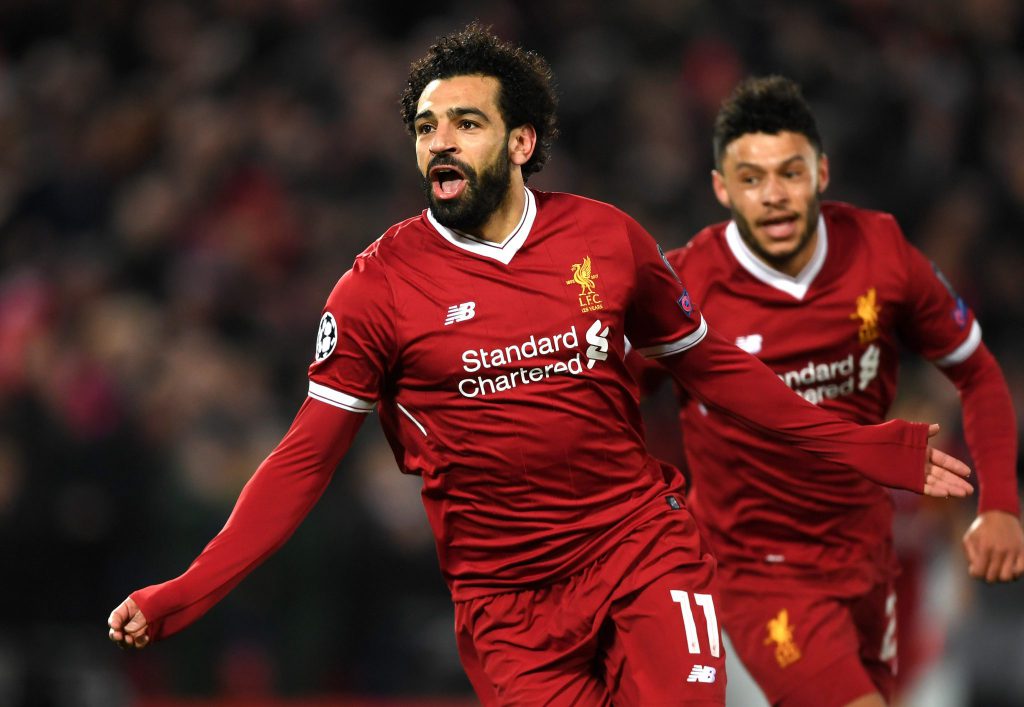 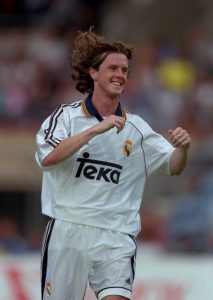 Mohamed Salah has been brilliant this season for Liverpool and Egypt. He proved time and time again what a wonderful player he is and it was such a shame he went off injured in the Champions League Final. When Liverpool signed him we thought that he would do a decent job but we did not expect him to reach these heights. He is going to be an instrumental figure in the club for years to come. It was one of the greatest debut seasons ever – he just blew everybody away.

I’ve got to hold my hands up and say I didn’t anticipate it. I thought he was an outstanding player but I’ve got to say, he’s gone way up in my estimation. He’s a stunning player. Not only his goal-scoring efforts, his skill and technique, but also, he’s robust. He works his socks off for the team. He’s very much a team player, but he’s been outstanding. 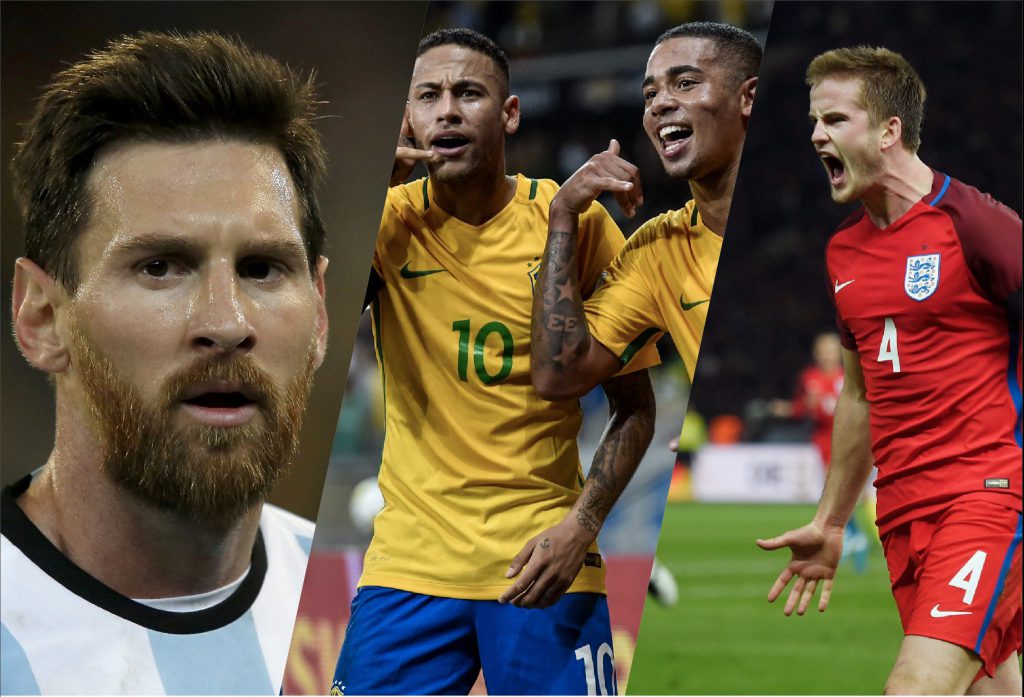 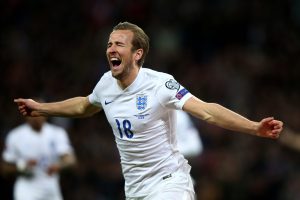 England will enter the tournament without the usual weight of expectation on their young shoulders and if they were to make it as far as the semi-final it would be viewed as a huge achievement. It’s obviously tough to pick a winner but Brazil and Argentina’s squads are scary in terms of attacking threat. If they can keep it tight at the back, they have to be two of the sides that no team wants to face. How fitting would it be if Lionel Messi lifted the World Cup for the first time to complete his trophy haul? Out of the European sides, France look the strongest and will have a point to prove after missing out on in the Euros on home soil two years ago when they looked the most superior outfit. The stage is set for an intriguing and thrilling tournament. 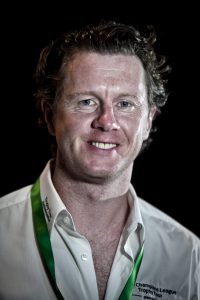 I think one of the European teams will win the World Cup. I have no big inkling about it, I just think someone like Spain or France – they’ve got the quality and experience to win, and it’s in a European country of course. In Russia, there’ll be a lot of travelling involved, but I think they’re better equipped than the South American giants like Argentina or Brazil at this moment.

I think England will be okay. They qualified really well. I don’t think they’ll win it, but I only want to see England play well, do themselves proud. I watched them in 2010, 2012, 2014, 2016, travelling around, and they were awful. It was a time to forget watching your national team play in different countries.

But Gareth Southgate is great and the fact that we haven’t got any superstars at the moment – we’ve got Harry Kane but no real big players, that will suit us down to the ground. We’ve got a good group and we should qualify and get out of the group stages, and then it’s who you’re going to play. As long as they play well, as long as they play attacking football and I enjoy watching them, that’s all I want really. I don’t want much, I just want to enjoy watching them, because they haven’t done it for the last eight years. 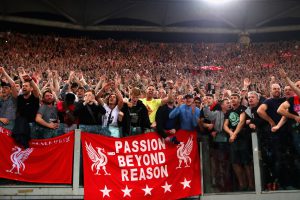 For Liverpool to compete for the title they have to solidify their squad, and I think signing Naby Keita from RB Leipzig is a great piece of business. If they add a couple more signings, Liverpool will be ready to go, maybe focus more on defenders and a midfielder with a defensive mindset since the attack has been brilliant. If Jurgen sees a particular player that is stronger or he may consider slightly better than what he’s got, he may bring somebody in and sometimes it is quite easy to say about strengthening the spine of the team, it’s an easy analogy to make. I certainly think he is looking at all types of players but the current squad he has got have done incredibly well this year and deserve a second chance to a certain extent next year. We will be waiting with bated breath because you can name players and then Jurgen would go out and bring in a Salah or a Keita or a Robertson, who have all been incredible signings but not household names that we would shout from the rooftops. You just have to trust the manager and the staff up there who analyse all the transfers. 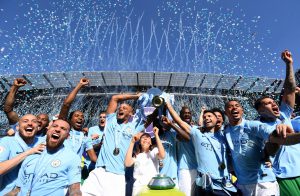 Liverpool do look arguably the biggest threat to Pep Guardiola’s Man City title aspirations next season but the size of their squad is a concern when you compare both the sides. If Pep had to field a reserve team, we’re still confident they would have enough experience and talent to challenge for a top two spot with the likes of Yaya Toure, John Stones, Ilkay Gundogan, Claudio Bravo and Bernardo Silva just playing bit-parts this campaign. If either Salah, Virgil Van Dijk, Sadio Mane or Robert Firmino got injured, Liverpool would find themselves with substantial issues unless they invest wisely or their second string of players like Adam Lallana and Dominic Solanke step up.