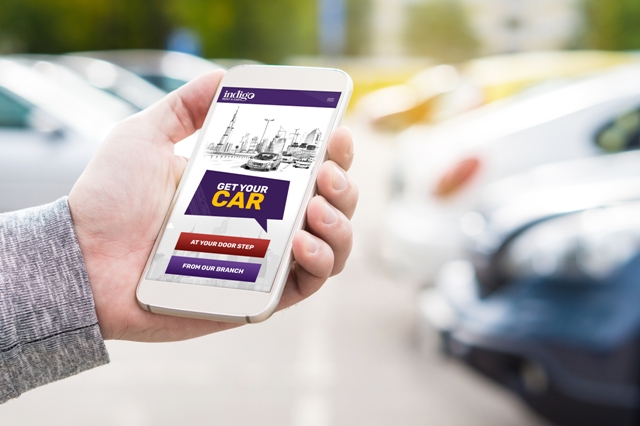 The future has officially arrived. Okay, we realise that doesn’t exactly make sense but we’re living in the sort of technologically advanced age that was the stuff of dreams just a decade or two ago.

The dawn of the internet started the ball rolling but it is the developments in mobile technology that have really moved us into a new era whereby almost everything is available at the touch of a button and in some cases guided from its source to wherever you are with pin point accuracy using GPS.

Uber was the first company to really take advantage of the new technology and vastly
superior 3G networks around the world. Now there are a multitude of different companies using the same principles to get their wares to you or let you know where they are available. Deliveroo, Booking.com, AirBnB all skilfully combine mobile technology and GPS to reach customers and give them what they want more conveniently. 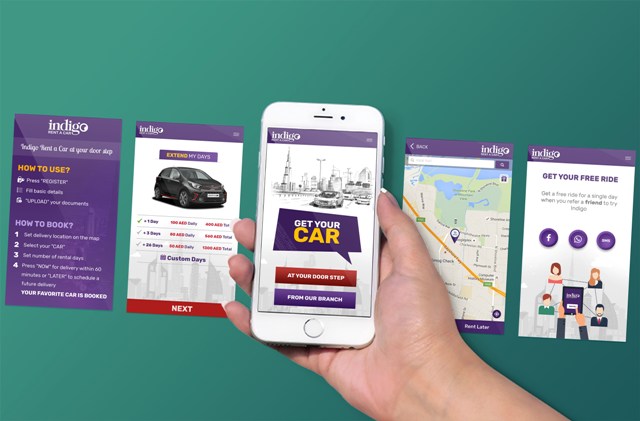 UAE based businessman Khizer Ayub spotted an opportunity utilize the same technology for his car hire firm Indigo which has six branches throughout Dubai and Abu Dhabi. The firm’s new app allows customers to not only select and book a rental car (other car hire firms have apps which can do that) but the car will then be delivered to your location within 60 minutes while you track it all the way, with the driver’s name and contact number shared for ease of communication.

“Our goal in future is to bring the delivery time down to 15 minutes in the months to come in metro areas of Dubai,” says Khizer. “The whole idea of an Uber coming to your doorstep in a few minutes and an app informing you how many minutes left before it arrives is a revolutionary concept and it epitomises the ideology of millennials and their way of doing things. This amazing concept in my opinion needs to be adopted and is being adopted
by every business in the world, be it delivery of a burger or a laptop being ordered on an e-commerce website. The application of this concept makes the whole execution of any transaction very transparent and convenient for any consumer. We have simply adopted this concept and merged it with our industry to bring a better customer service experience for our loyal customers. 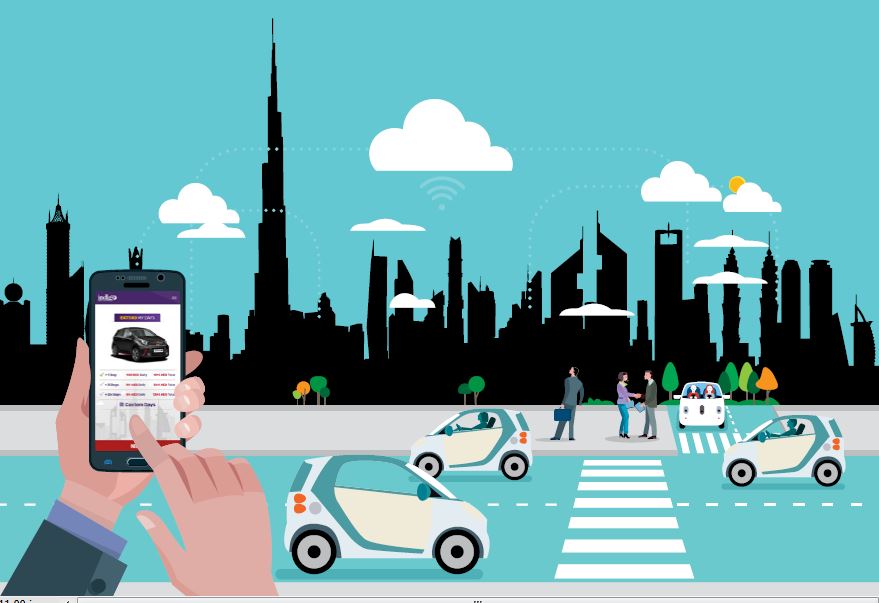 The concept is so simple it’s amazing that nobody has thought of it before – but that is so often the way with the best ideas and Khizer believes the complex nature of the car rental business could be the reason that Indigo are the first to make the move. The app includes a way of new customers uploading the required documents so that they can be approved. After which the documents are stored on the system meaning no approval process is required for future bookings.

“Car rental is a very tricky business,” he says. “It is a business where you might reject a customer even when you most need them because they might not match your criteria. Typically, a car rental business will give away very valuable asset by just collecting AED 50 for a daily transaction. The asset, which is a car, is a moving object that can create or incur
damages and hazards, liability of which is eventually borne by the owner of the asset. Hence the industry has those obstacles but we have carefully designed a system to approve customers based on their documentation and execute transactions in real time.

“An Uber wouldn’t have such a challenge because their medium of transport is being driven by an affiliate of Uber and the customer is simply using it as a tool of movement without having the right to self-drive or bear any liabilities that arise as a result.”

The same convenience is applied to the process of returning vehicles with customer’s simply pressing ‘return now’ after which the car will be collected from wherever they are within 60 minutes. If preferred, cars can be collected or dropped off at one of the seven branches in the region.

Best of all, any customers who download the app (free from app store and Google Play) will receive their first day’s rental free of charge and every time you refer a friend through Whatsapp, SMS or Facebook Messenger who downloads and uses it, you will get
another free day added to your account to be used at your convenience. The app also keeps customers up to date with any special offers and promotions Indigo is running and generally makes the entire transaction process easier. “We will make all efforts to incentivise our existing customers as well to adopt our app as it will make their booking process extremely smooth and they will have all tools to extend renew and close their contracts and rentals on their own with their convenience without any rental agent calling them and asking their plans to extend or return the car.”

With the lack of public transport options for travel between Dubai and Abu Dhabi and taxis between the UAE’s two biggest cities costing in the region of AED 250 each way, Khizer believes there is a real need for the service Indigo’s new app can provide. “Self-drive car rental is the most economical mode of transport anywhere around the world,” he says.

“Here in Dubai and Abu Dhabi its even below that international market average. A consumer enjoys the best of pricing in this part of the world due to heavy competition. For instance, you can have a car for AED 50 at your disposal for a complete 24 hours. So, you may go to Abu Dhabi and come back keep the car with you at your home go out for a nice dinner move around the city and return the car next morning. You can do all this for just
AED 50. Imagine you wanted to do that in an Uber, it would cost at least 10 times more and then the convenience of having the car to yourself cannot be replaced.”

Having launched in the Middle East’s most tech savvy and forward thinking country, Khizer and Indigo hope to roll their new concept for convenient car rental around the world.
“We at Indigo rent a car want to be a household name for car rental solutions across the globe,” he says. “By using this app we bring a whole new level of convenience and exceptional value for money to our growing base of customers. This is a new addition to a host of other things like competitive pricing and exceptional customer service that separates us from our competition.”

The next time you need to get somewhere in a hurry, take a look on the Indigo app and you’ll see that Uber isn’t your only option.