Remember the name Rashid Al Dhaheri. He may only be seven years old but the young UAE racing sensation has been creating a huge buzz in the Middle East’s motorsport scene since he started racing two years ago. Nicknamed ‘Little Alonso’ because of his red racing suit and adoration for Ferrari, Rashid intends to follow in his Spanish hero’s footsteps and be the first professional Formula One driver from the UAE.

SFME met the young racer and his father Ali Al Dhaheri at the Dubai Autodrome to watch him in action and find out about his career and future intentions in motorsport.

SFME: How did Rashid’s journey begin in karting?

Ali Al Dhaheri – We took Rashid to see the F1 in Abu Dhabi when he was three and he showed a huge interest in the red Ferrari cars. He couldn’t take his eyes off them. One of the mechanics saw Rashid dressed up in his Ferrari gear and he invited him inside for 20 minutes to take pictures. After the race, Rashid told us that he wants to be a F1 driver when he is older. I’ve never been a racer myself so I had to call my friends for some advice and they told us that Rashid could start in the Bambino karting category which is for children under eight. He travelled to Italy in the summer when he was four to train so when he raced over here that next year he surprised everyone with his speed and talent. People couldn’t believe that a five year old could compete with kids that were much older and more experienced than him.

AAD: They usually start when they are about five. If you start when you are 10 or above, it’s very hard to achieve your dreams. Formula One requires talent, endurance and quick reactions so you need to start from a young age to maximise your potential.

SFME: Does Rashid just compete in the Middle East?

AAD: No. We find it hard to find races over here that Rashid is old enough to enter. There are lots of races in Europe so we take Rashid there because it’s also better for his development as it is more competitive. Italy is the main destination as racing is in their blood and a great experience for Rashid.

SFME: Rashid has a full team of professionals on the track working with him, can you tell us about their roles and why it’s important for him to have them around?

AAD: We believe it’s important that you start off the right way. Therefore, Rashid needs the correct people, environment and tools to prosper in. He has an Italian team that look after him over there and for the sake of consistency they also come over here to the UAE to help him improve with some testing and training. He has fantastic chemistry with his team so I don’t want to lose them or change them. If there is stability and trust, the results should be fantastic.

SFME: What team members does he have?

AAD: His team manager is an ex F3000 champion in Italy. He has a very skilled mechanic who has been working with Rashid for the last few years. Communication is key in racing and Rashid now has the ability to go on the track and tell his team what adjustments need to be made to the car for it to perform better. This is incredible for a boy of his age that surprises me. As soon as he puts on his helmet and suit, he becomes very mature with his team.

SFME: You travel all around for Rashid’s races and testing, what effect does that have on his education?

AAD: Schooling for us is very important so we have to strike a balance because his education and racing. We are very strict with hi education so we communicate with his school and take his work with him whilst we are on the road so he doesn’t miss out on anything.

SFME: Motorsport is an expensive sport to be involved in, how does Rashid cope?

AAD: We are very fortunate that Rashid has been sponsored for his racing. This will certainly help in the journey because it’s a long one and this is just the beginning.

SFME: How far do you think Rashid can go?

AAD: It’s hard to say that he will be a Formula One driver at this stage of time but I know for sure that he has started at the right age and has enough talent to go far. He’s passionate and loves the sport so he will excel, as he’s not just being pushed into the sport. 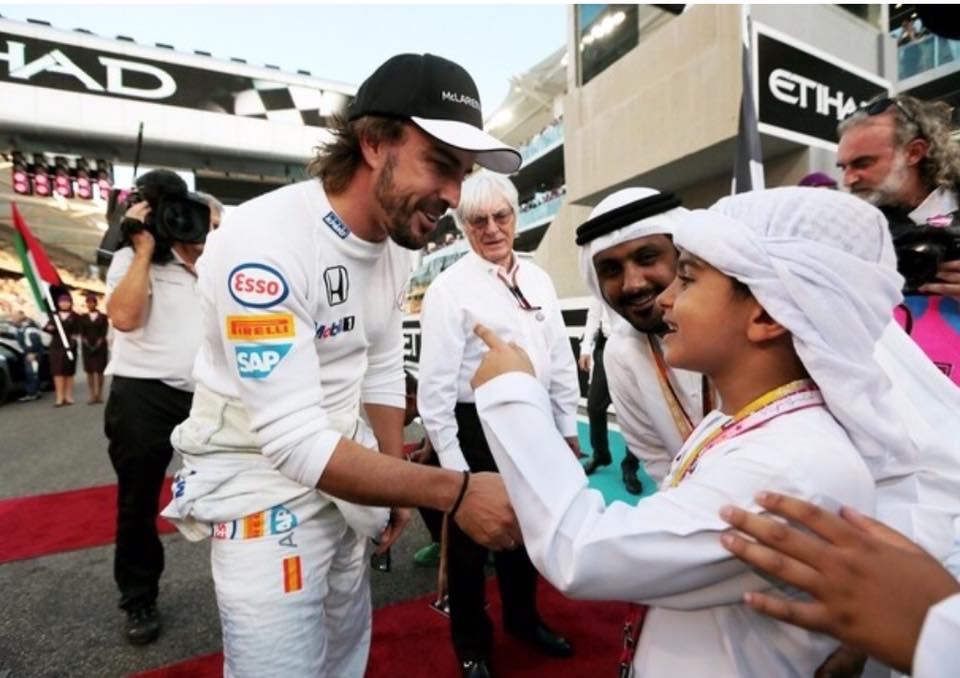 SFME: What is it about Fernando Alonso that makes you idolise him?

Rashid Al Dhaheri: I love Alonso because he’s an excellent driver and he’s very nice to me. I get to meet him and catch up with him at all the Formula One races in Abu Dhabi and some at the Bahrain Grand Prix.

SFME: What made you first want to be a racer?

RD: At the Abu Dhabi Grand Prix in 2011, I loved the Ferrari’s so much at the race that I told my parents that I want to be an F1 driver when I grow up. I was only three years old at the time. 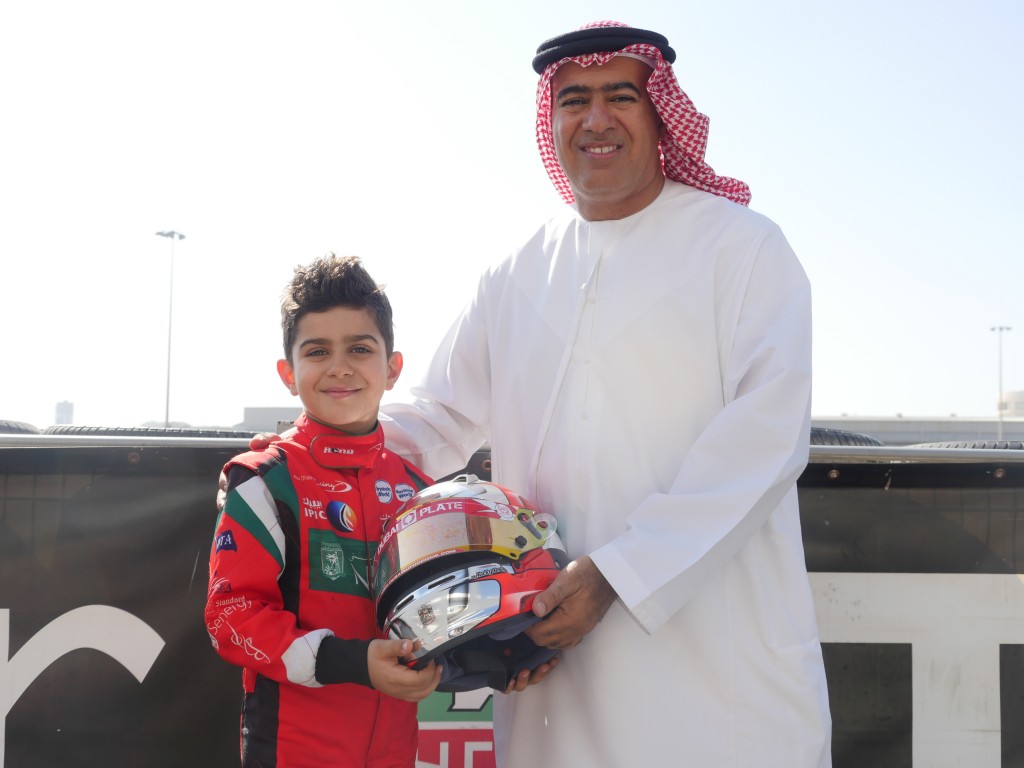 SFME: How is it different racing in Italy rather than here in the UAE?

RD: It is tougher in Italy because there are more competitors that are more motivated to win. I quite often race against kids that are older than me too so that makes it more of a challenge for me to be triumphant.

RD: Because that’s Fernando Alonso’s lucky number that he used in his karting career so I like to use that as well.