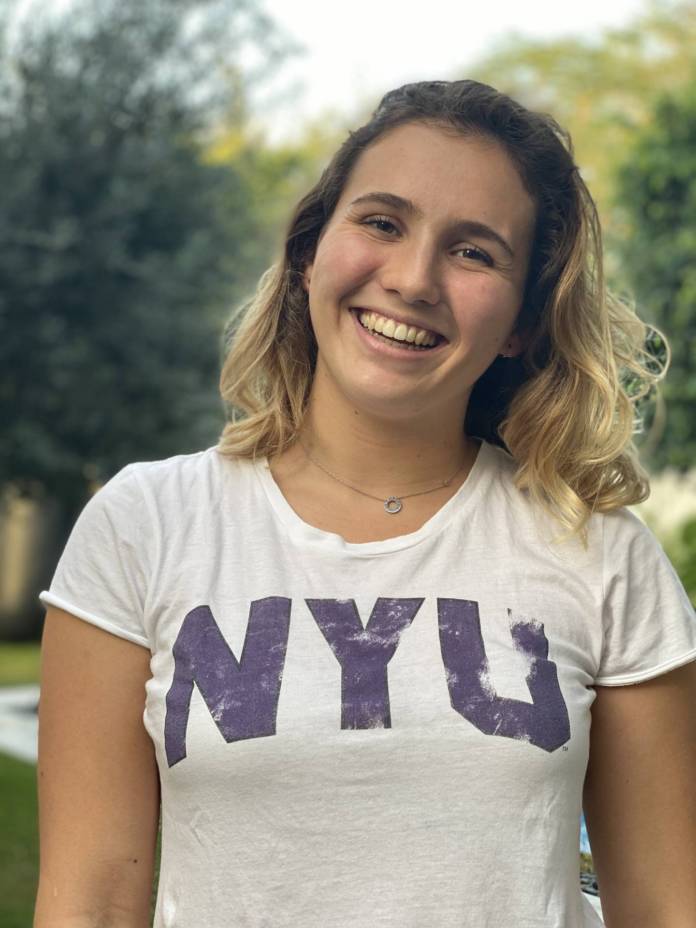 Eighteen-year-old Candice Saxod is a formidable force in water and her academic and sporting prowess will see her head to New York University later this year as she begins the next chapter in her career. The Dubai resident, who competes for Speedo Swim Squads, moved to the UAE when she was eight years old and has participated in the Elite French Nationals for the last two years. SFME caught up with the Frenchwoman during lockdown to find out more about the 2018 UAE Teen Sports Awards runner up.

SFME: How did you get involved in swimming?

CS: My parents aren’t swimmers and France isn’t a swimming nation either. When I came to the UAE it was just so hot outside that I just jumped in a pool and fell in love with it. I’m also pretty competitive and a sore loser so I hate having to blame someone! In swimming, I can only blame myself!

When I was about 12 years old, I got into proper competitive swimming. I started moving up groups quickly and in less than a year I was in the top squad in Speedo Swim Squads and I had made it to the French Nationals within a year and at that competition, I finished in the top 25 which qualified me to compete in the French Open Nationals with big and established French swimmers. I knew that I did not have the potential to be an Olympic swimmer but I understood that I can still be good at swimming and competing.

You have to be realistic, I do enjoy swimming but studies are so important to me. So, I was not willing to put everything aside for swimming, I like to have everything balanced. One of the reasons I chose NYU is because it has a great level of academics but I can also swim there and it’s one of the top Division 3 programs in the US.

SFME: How was your experience in the French Nationals?

CS: It was so stressful at first! I got drug tested on my first race which was scary, I came out of the water and this lady was waiting for me and asked me to come with her and in my head I was thinking ‘what did I do?!’. I also got my first injury which was in my right shoulder and it carried on for over a year after that which was a bit of a struggle. But overall, the experience was so much fun.

For top swimmers, the French Nationals is there only opportunity to qualify for the Olympics or World Championships, so the pressure would be on and they would be extremely focussed so I can’t imagine it is much fun for them.

SFME: Who was your role model growing up?

CS: It is really cliché, but we have this French swimmer called Florent Manaudou who won the Olympic gold medal in the 50-meter freestyle at the 2012 London Olympics. I think every girl in my age has looked up to him just because he along with a few other athletes were the ones making swimming popular in France because before it was not a big deal and in 2012 we did have a lot of success in the Olympics and that what got me hooked as well. 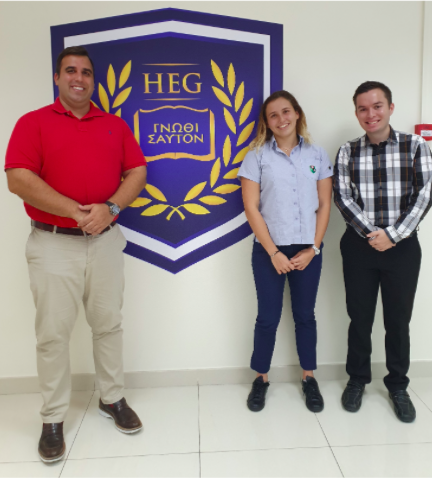 SFME: What are the Speedo Swim Squads like in Dubai?

CS: It is really fun but also very different from any other country. In Dubai I train with guys all the time because all the girls have left apart from one. I am eager to go to the US so I can swim with other girls because I have not had that a lot here so that should be a good change. We do have swimmers in the team that compete on national and international levels, it is like a family here and I have teammates whom I can talk to. I also train over in France for three months a year so I would have two teams that challenge me in different ways so I am glad to have both opportunities.

SFME: Do you think swimming with the boys has made you more competitive?

CS: Yes, for sure! I am a proud feminist so whenever I can beat the boys it’s the best day of my life!

SFME: What has been your swimming highlight in your career so far?

CS: Probably qualifying for the nationals the number of times I have. I have qualified five times and that shows how consistent I have been and to me that is one of the things that I am most proud of. And also the fact that as you get older it becomes harder for nationals and a lot of girls in my age stop swimming so I think the fact that I have been able to stick with it and still enjoy it is an achievement in itself considering I train eight times a week. Getting into NYU for swimming was also my dream and I think that is really cool to achieve that.

SFME: What would a typical training week be for you?

CS: It is hell! We have two doubles (morning and evening) on Mondays and Wednesdays then we have singles every day and every practice lasts for about two hours and in addition to all of that, we have three gym session a week where we have one running session, one weight session, and one conditioning session. On Fridays we sometimes have session training from 8 am to 10 am, gym from 10 am to 11 am and yoga from 12 pm to 1 pm, so it is four hours of exhaustion and it is very intense. It is not for everyone! 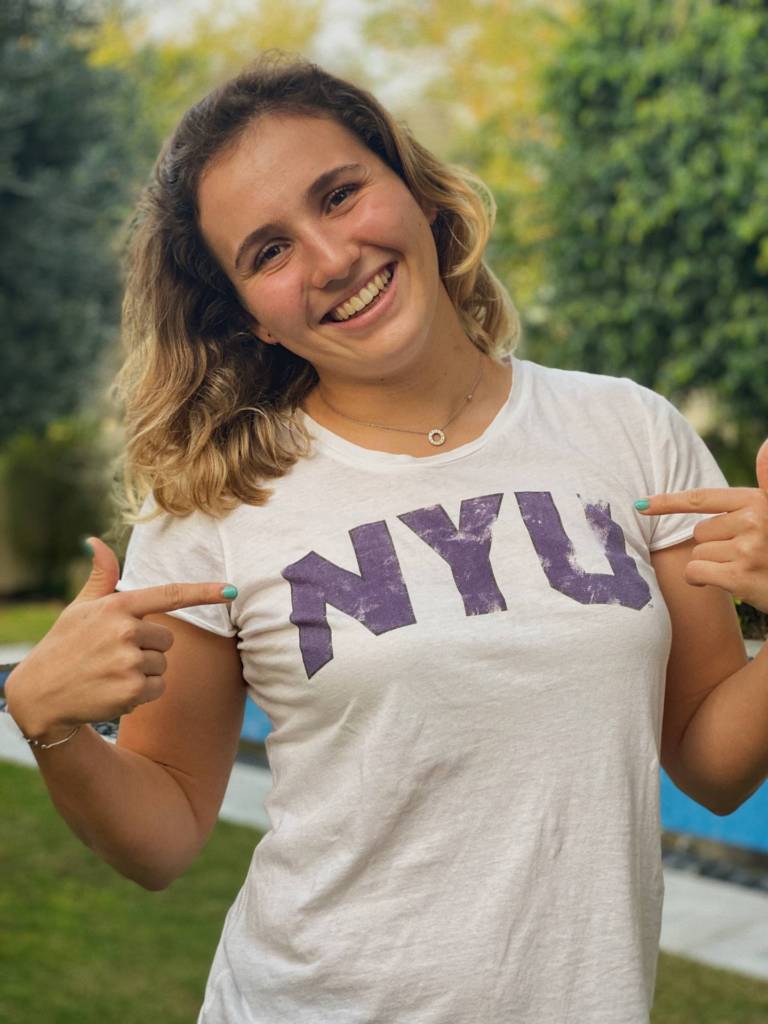 SFME: Do you still have a love for the sport?

CS: Yes I do, I have a lot of pride to keep going but I did have a rollercoaster throughout my swimming career in the sense that I got injured so many times and I had health issues. But I feel like I have not had as much success as I could have and that is what keeps me going, I would always have a new target and more motivation to achieve more things.

SFME: How did you get on with balancing school and swimming?

CS: I think I handled it pretty well, I am always organized on schoolwork. I would go to practice and then do my homework in the car and go back home and do more homework, so it is all about timing because you need to eat and sleep well as an athlete but I think I managed it pretty well. My school was quite supportive of anything I do. If I were to miss school because of the nationals they would always help me. I remember two years ago I had exams and nationals at the same time so they moved two of my exams earlier so I could go.

SFME: What are you most looking forward to at university?

CS: Meeting new people would be nice just because I have been here for so long, I don’t remember having the excitement of being the new kid and having to make friends.

SFME: Where do you see yourself after university?

CS: I have always wanted to do something in a big organisation like the UN, because I really enjoy the business side of things but I also enjoy politics. So, I thought that would be a really good combination but at the same time my plans just keep changing every single day! I am saying that I am going to graduate in finance but I have no idea what I am going to end up graduating in because the US has such a flexible program that allows me to change degrees as many times as I want. I think I am going to stick to business but I don’t know what will happen later. I would like to help people around the world.