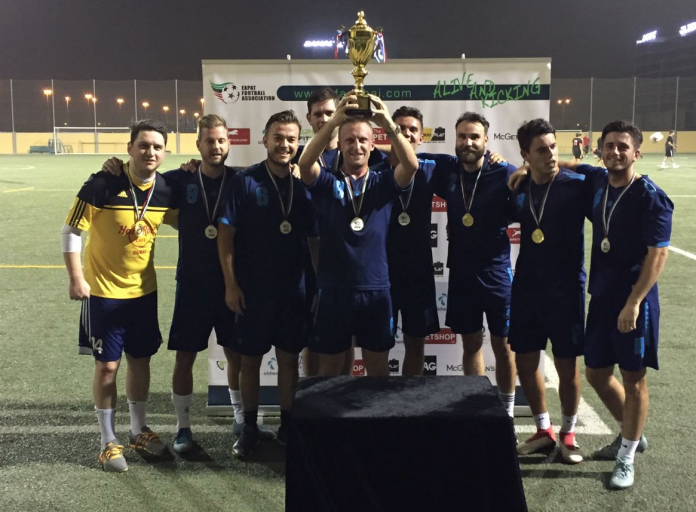 FC Cunning Stunts lifted the Expat Football Association (EFA) title after winning 10 out of 11 games in their inaugural season together. 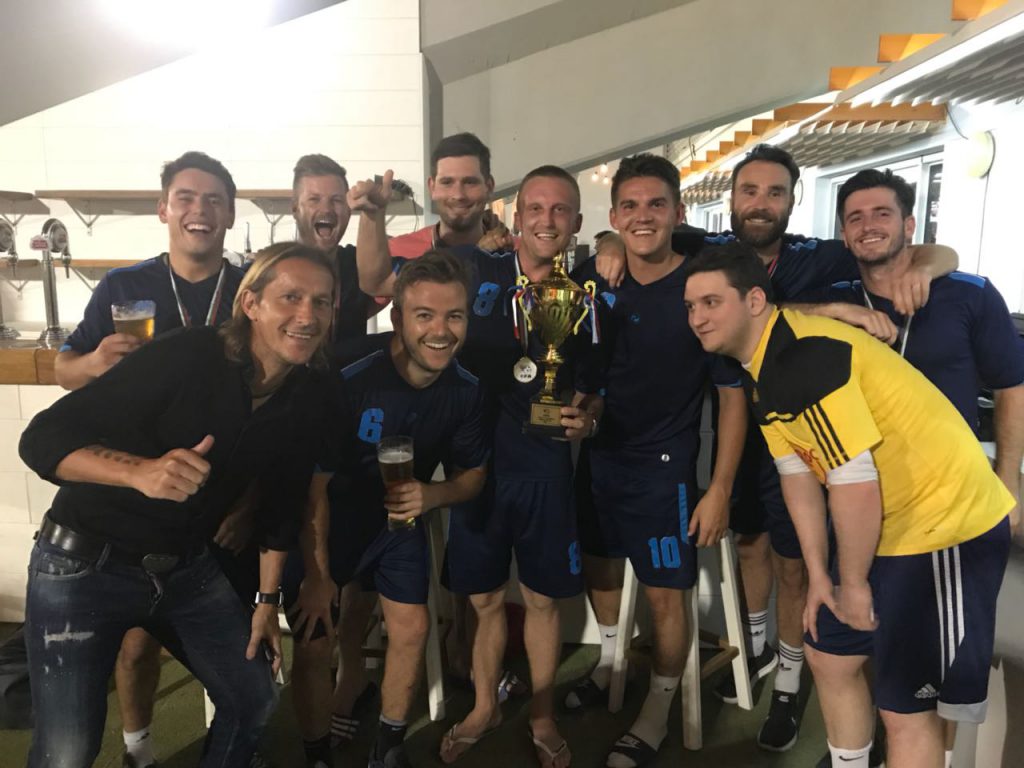 Player-manager Tony Piccolo was missing last night in the final fixture of the season which perhaps gave the Stunts a slight advantage in their showdown against title challengers Men Behaving Chadly. James ‘Kante’ Yeomans was instrumental in a 5-4 victory netting a hat-trick which takes his tally to three for the season! Even Stevie Glitz managed to crack a smile for the picture so that tells the whole story about how happy the Stunts were with their league triumph. 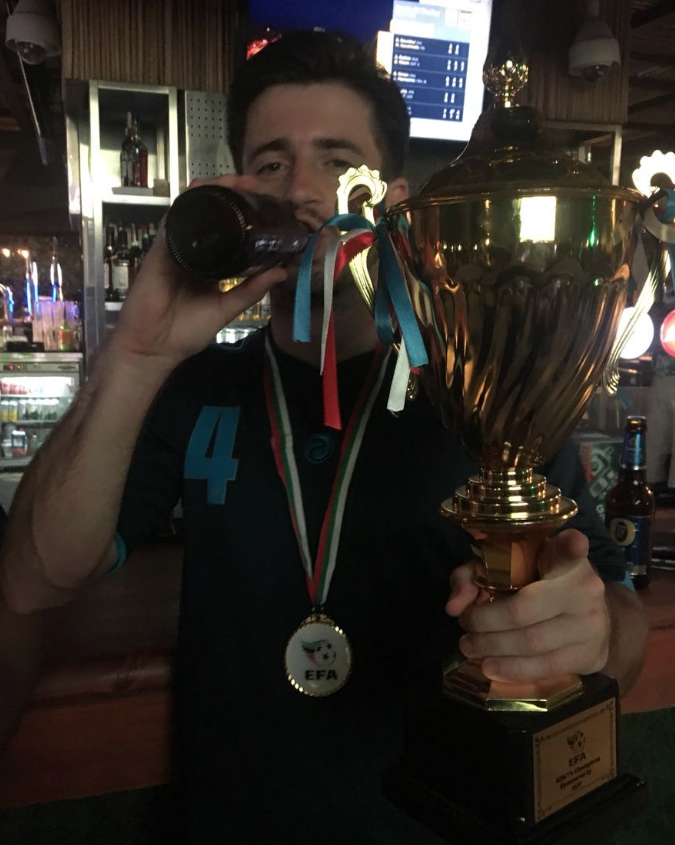 The Stunts were slightly concerned approaching the game with the formidable partnership of Lee Vincent and Piccolo missing but John ‘Vertonghen’ Spackman and ‘Rocky Bs Ged’ stepped in with ease. ‘Spackers’ had a 5% pass completion rate – the only thing he completed on the night was a right hand slap on their cockney forward. As for Ged he produced the most magical moment of the night. He lined up a kick-in, did Luke Chadwick with the eyes, saw the ‘keeper off his line and attempted the lob but his wild effort fell into Yeomans’ path for him to finish with conviction.

A shoutout has to go to Robbie Evans who finished the season as the league’s top scorer with 19 goals. Imagine how many he would have got if he didn’t go in goal for half of every match and was a greedy forward that shot from everywhere!