Home Events UFC 242: KHABIB vs POIRIER to be aired on ‘UFC Arabia’ App 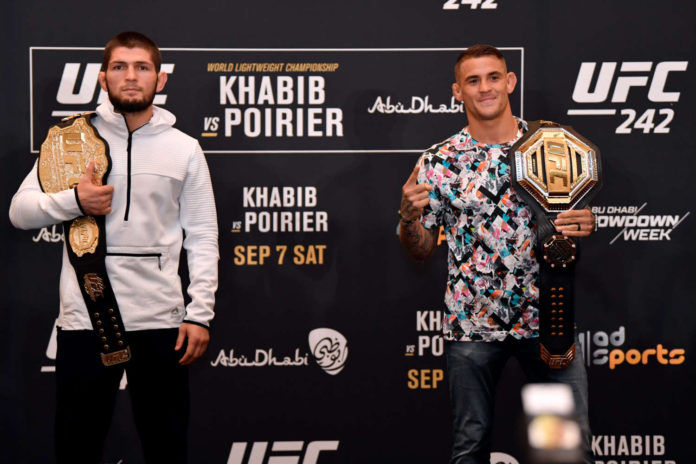 Abu Dhabi Media (ADM) has announced the live streaming of the much-anticipated lightweight title unification UFC 242 bout between Khabib Nurmagomedov and Dustin Poirier on the ‘UFC Arabia’ application. The fight, which will reveal who is the best 155-pound fighter on the planet as Khabib (27-0) looks for consecutive win number 28, is set to take place at 10 pm UAE time, on September 7, at The Arena on Yes Island, Abu Dhabi.

This comes as part of ADM’s commitment to bringing the very best of sports entertainment content to viewers in the MENA region, and further strengthens its position as one of the fastest growing, multi-platform media organizations in the Middle East.

The first Arabic language UFC application in the MENA region, ‘UFC Arabia’ can be downloaded through Apple Store and Google Play, and is available on web, smart phone, and tablets. It allows fans to watch live fights, and track real-time updates of all UFC events and fights, anytime, anywhere, enabling them to switch from English to Arabic with ease.