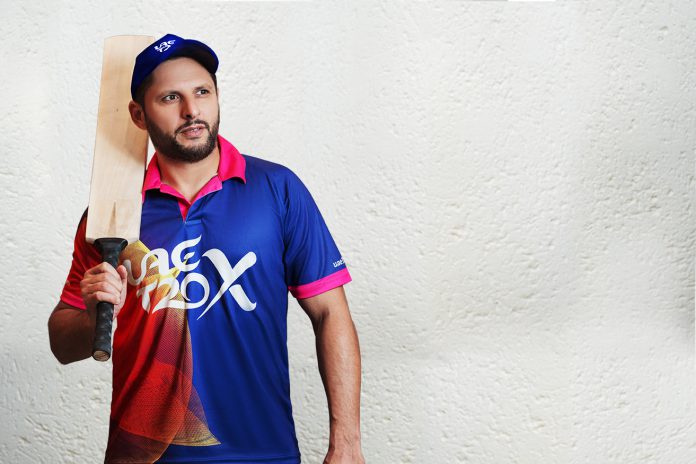 Pakistani cricket legend Shahid Afridi, has been announced as the latest Icon Player to join UAE T20x. After receiving an NOC from the Pakistan Cricket Board, Afridi has confirmed his involvement in the UAE’s first homegrown international T20 league – which will run from 19th December – 11th January.

Afridi becomes the fourth Player Icon to add his name to the UAE T20x roster, following the announcements of Eoin Morgan, David Miller and Andre Russell. Each of the cricketing superstars will now represent one of the five franchise teams set to take part in the league.

Commenting on Afridi’s involvement Salman Sarwar Butt, CEO of UAE T20x said: “As UAE T20x moves into the franchise tender phase, we are delighted to be able to announce that Shahid will be joining us as a Playing Icon. We’re confident that this will be an exciting revelation for both the franchisees bidding for a team and all the fans that are excited about an international tournament coming to the region” He added: “Shahid is a stellar addition to our ever-growing roster of players, which will become the most internationally representative of any franchise league in the market.” 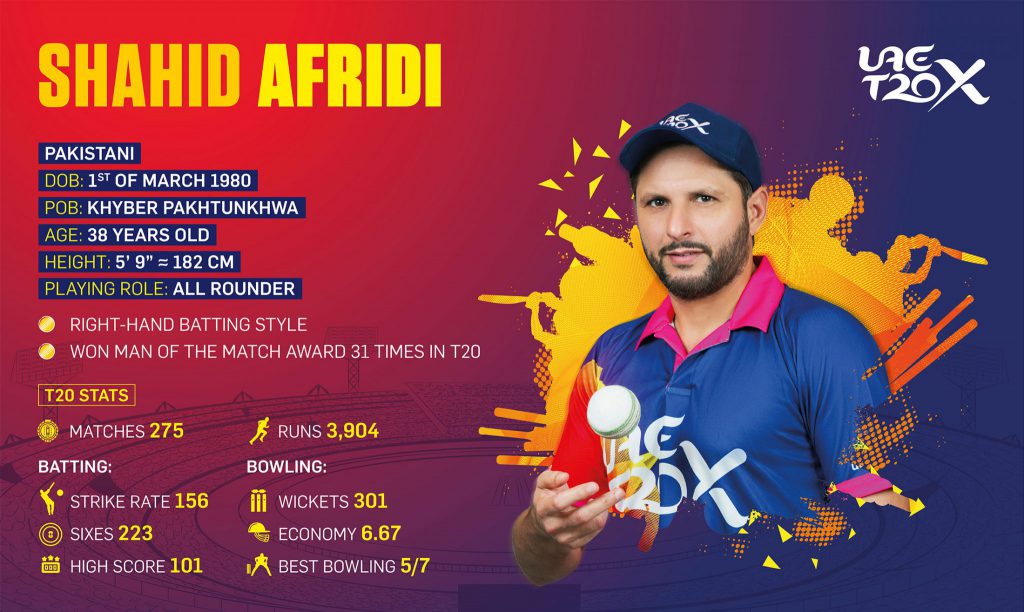 Shahid Afridi is considered to be one of the best all-rounders to ever grace the game of cricket. Gifted with world class bowling consistency and a powerful batting style, Afridi’s aggressive approach to short form cricket has earned him the famous nickname ‘Boom Boom’. To this day, Afridi still holds the record for the highest strike rate of all time, a staggering 117. He also holds the record for the most sixes scored in One Day Internationals (351) and the third fastest 100 in ODIs from just 37 balls. In 2015, he completed 86 wickets in 86 matches to become the top wicket taker in the history of T20 Internationals. With 11 Player of the Match awards to his name, he is also the player with the most Player of the Match awards in T20 Internationals.

On signing as a Playing Icon, Shahid Afridi said “T20 is a format that I’ve always loved, and that I hope to continue playing. I have come across many T20 leagues in my career, and I can really say that UAE T20x brings something new and refreshing to the table. It has been created with the players and fans in mind before anything else, and it’s modelled to give players of all levels and from a variety of backgrounds the chance to compete in an extraordinary festival of cricket. It’s going to be very exciting for the fans, and I’m glad I get to be a part of it”.

Afridi made his ODI debut at the age of 16, and it didn’t take him long to show what he is capable of as a player. He went on to score his first century in ODIs against Sri Lanka the same year to become the youngest player to ever do so. He also broke the record for the fastest ever century in ODIs from 37 balls, a record that stood strong for 18 years before being broken by Corey Anderson in 2014 and then AB De Villiers in 2015.

UAE Team Emirates back to winning ways at Vuelta Burgos