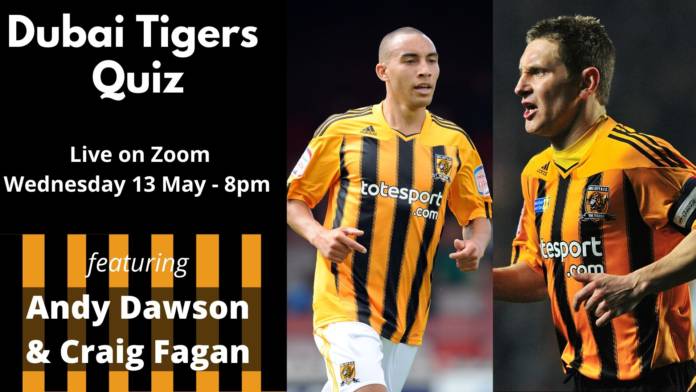 Hull City fans in the United Arab Emirates are in for a treat this week with two of their club’s legends Andy Dawson and Craig Fagan taking part in a quiz they are hosting.

Dawson is one of four players whom played for Hull City from Division 3 all the way to the Premier League and captained the side along the way. The left back made 293 appearances over his 10-year spell at the club and is now part of the Academy Coaching Staff. Meanwhile, Fagan had two spells at the Yorkshire side and scored 20 goals in 140 games to help them climb through the leagues in the finest few years of the club’s history.

The growing Dubai Tigers group, which is now up to 20, will be taking part in a five-round test of their supporting knowledge with the two former City players taking part and answering some questions after.

Dubai Tigers founder Danny Cousins says: “This is a very exciting event for the Hull City faithful in this part of the world and we are lucky to have two legends playing their part.”

The quiz will start at 8pm (GST) and if you’d like to get involved or have any friends that are supporters in this region, you can reach out on the Twitter page @DubaiTigers. There will be some prizes on offer to the highest scoring fans.