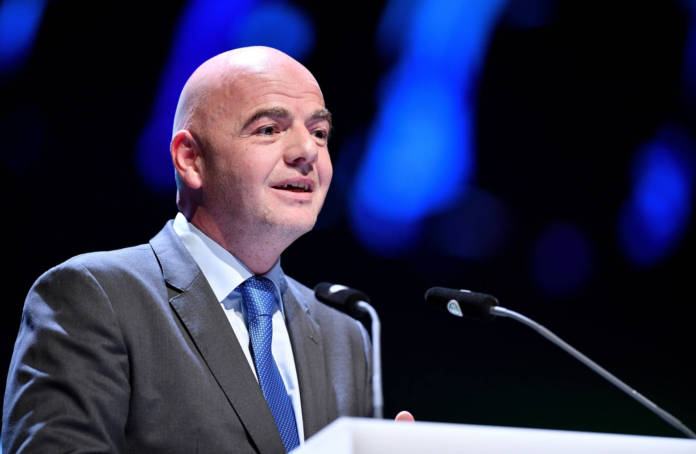 A Mohammed Bin Rashid Al Maktoum Global Initiative, this year’s Dubai International Sports Conference is taking place on December 27 at Armani Hotel in Burj Khalifa, under the theme “Football at the Top”.

Organised under the patronage of His Highness Sheikh Mansoor Bin Mohammed Bin Rashid Al Maktoum, Chairman of Dubai Sports Council, by Dubai Sports Council, the Conference has been bringing football’s top stakeholders together since 2006 for extensive discussions on ways to develop and enrich the sport at the domestic, regional and international level.

His Excellency Infantino has been a regular guest at the Dubai International Sports Conference and has featured in six previous editions since his first appearance in 2011, when he addressed the Conference as Secretary General of the Union of European Football Associations (UEFA). He also participated in the Conference as a candidate for the presidency of the International Football Federation in 2016, and used the platform to present his manifesto as well as his vision and plans for the development of international football.

Infantino has returned to the Conference every year since 2016, except last year, but he will be back as Chief Guest this year and his keynote will focus on the role football plays in promoting peace across the globe, as well as values like tolerance, inclusivity and equality, and in bringing diverse people together.

His Highness Sheikh Mansoor bin Mohammed bin Rashid Al Maktoum, on behalf of Dubai Sports Council, had invited the FIFA President to speak at the Conference that the Council organises annually as a global platform for the development of football in the country, the region and the world.

Infantino’s acceptance of the invitation is a confirmation of the close relationship between FIFA and Dubai Sports Council, and Infantino’s appreciation of the Conference and the role it plays in the development of world football.

After Infantino’s keynote, the three stars – Ronaldo, Casillas and Lewandowski – will take the stage to talk about their respective journeys to the top in their glittering careers. Lewandowski and Casillas will be making their first appearance at the Conference, while Ronaldo has been a regular participant.