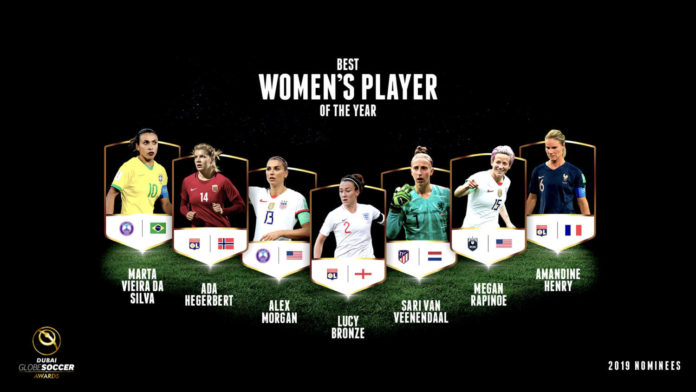 For the first time in the award’s history, Globe Soccer have included three categories in recognition of the world’s best female football talent: Best Women’s Player of the Year, Best Club of the Year and Best Referee of the Year.

On the men’s side, Juventus F.C. player Cristiano Ronaldo, will be in the running for his sixth Best Men’s Player of the Year award, alongside FC Barcelona’s Lionel Messi and a roster of internationally-recognised stars that will light the stage of the 11th edition of the annual Globe Soccer Awards, which is organised in partnership with Dubai Sports Council. The 2019 awards ceremony will take place at Dubai’s Madinat Jumeirah on Sunday 29 December.

The candidates and eventual winners will be chosen by the Globe Soccer Jury, a panel of leading industry experts including Fabio Capello, Antonio Conte and Eric Abidal

Some of the season’s biggest stars are in contention this year, including Liverpool defender Virgil van Dijk and his manager Jurgen Klopp, and Manchester City star Bernardo Silva. 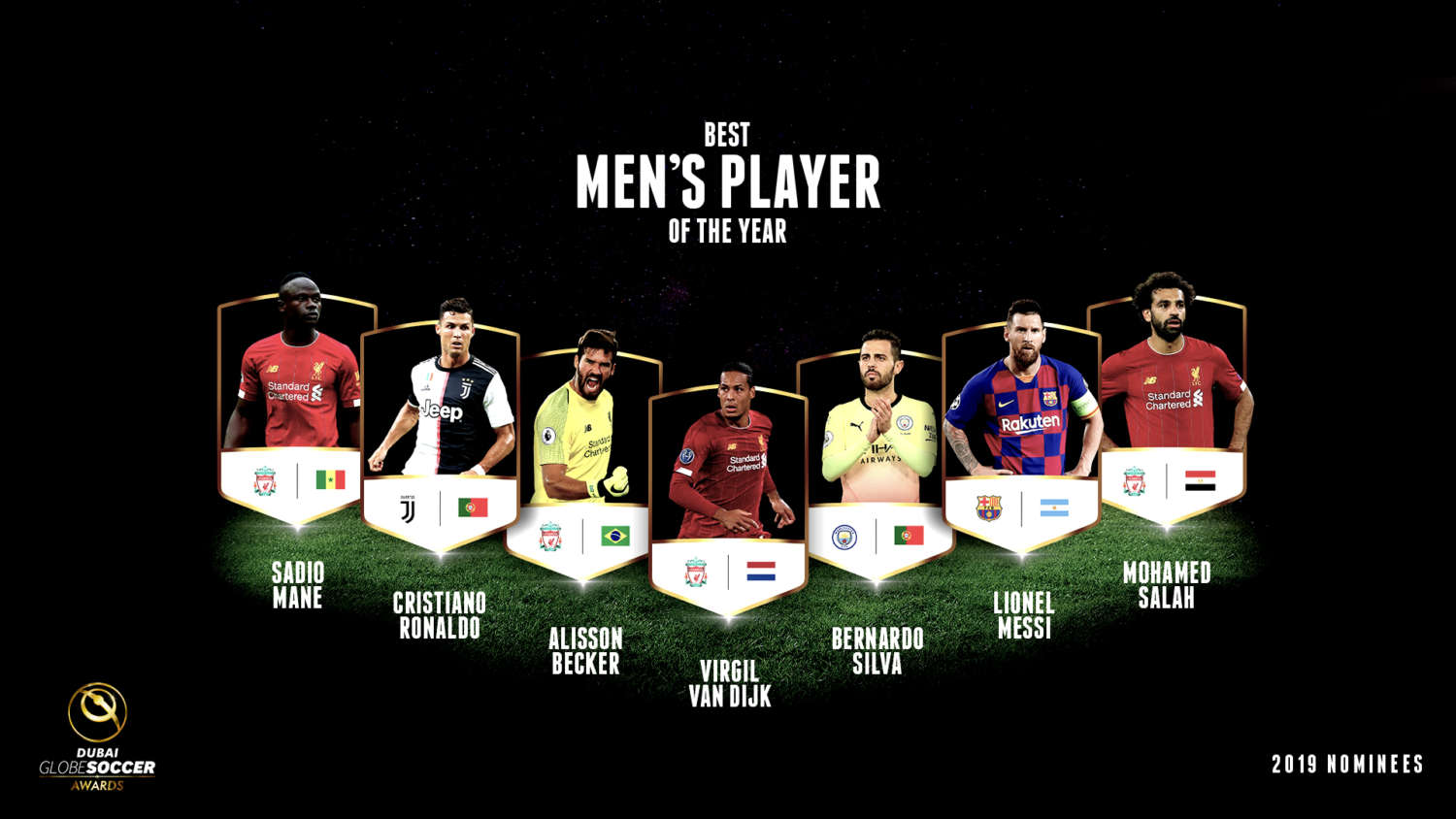 Added excitement is being brought to the proceedings as the outstanding skills and contribution of women players such as Alex Morgan and Megan Rapinoe – who co-captained the US national soccer team to victory in the FIFA Women’s World Cup earlier this year – are deservedly acknowledged in their award nominations. Guests will be treated to an exceptional gala ceremony this year, being held in association with the 14th edition of the Dubai International Sports Conference, organised by Dubai Sports Council.

“The sport is going from strength to strength and with the popularity of FIFA Women’s World Cup this year, watched by over 1.5 billion people across the globe and an impressive fan base, we wanted to recognise the immense talent that is evident across the board,” said Tommaso Bendoni, CEO of Globe Soccer. “We’ll be welcoming the biggest names in the sport to Dubai for another all-star event including international players, coaches and the people who work behind the scenes to make competitions possible.

“We also extend our thanks to Dubai Sports Council for their ongoing support in helping recognise the talents in soccer, both regionally and internationally.” 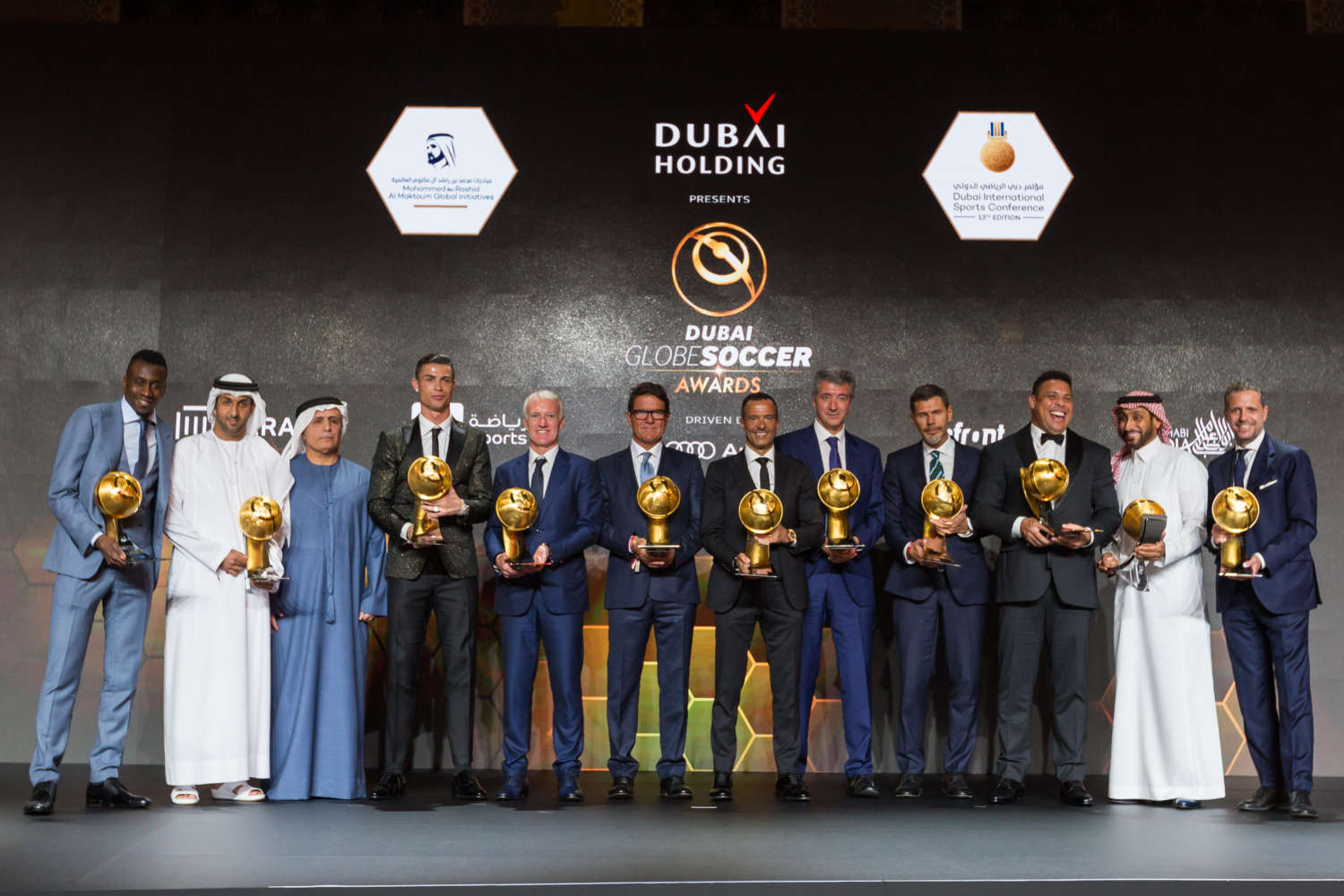 Last season was a magical one for Liverpool FC and their supporters as they became UEFA champions for the sixth time. This makes them a strong contender for all of the awards they have been nominated for, including Best Club, Best Men’s Player (Virgil van Dijk, Mohamed Salah, Alisson Becker and Sadio Mane) and Best Coach (Jurgen Klopp).

Given Portugal’s reputation for turning out world-class football talent, it’s no surprise that serious competition will be provided in these same categories by Cristiano Ronaldo, who is shortlisted for Best Men’s Player along with his countrymen Bernardo Silva, João Félix for Best Revelation Player and Fernando Santos for Best Coach.

Heading into its 11th edition, the Globe Soccer Awards is considered part of the ‘Grand Slam’ of football award ceremonies alongside the Ballon d’Or and The Best FIFA Football Awards.

The day before the awards, on Saturday 28 December, the associated Dubai Sports Council’s 14th edition of the Dubai International Sports Conference will host a wide range of speakers, from club owners to coaches, players and sponsors who will be discussing the future development of football.