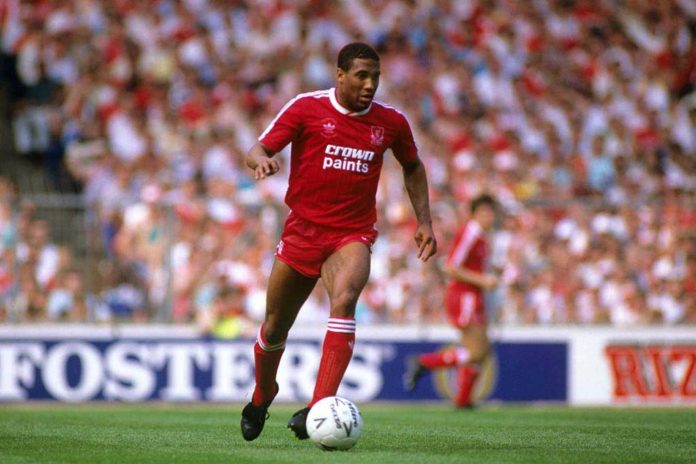 The UAE’s biggest charity golf series is set to return with a bang when the DHL Swing Against Cancer Golf Series gets underway with the DHL Open at Dubai Creek Golf & Yacht Club on May 2nd and organisers Worldwide Golf and Sixteen10 have announced that the guest of honour will be none other than England, Liverpool and Watford FC legend John Barnes.

The silky-skilled left winger joins a growing list of former Liverpool FC stars to take part in the highly popular series, which has raised over US$300,000 for the treatment of local cancer patients. Fellow former reds Robbie Fowler, Dietmar Hamann and Gary McAlister have all featured previously while other celebrities from the worlds of sport and entertainment to have lent their support include football greats Harry Redknapp, Teddy Sheringham, Matt Le Tissier, and Lee Sharpe; 2005 US Open golf champion Michael Campbell; England rugby legend Mike Tindall; England cricketer Ian Bell and Westlife singer Brian McFadden.

“I’m really excited to be taking part in the DHL Swing Against Cancer Golf Series,” said Barnes who was capped 79 times by England and won two league titles, the FA Cup and the League Cup during a glittering spell at Liverpool during the 1980s and 1990s. “I know that Robbie Fowler and some of the other ex-Liverpool players have been involved and had a fantastic experience. It’s a wonderful cause and we want to help the guys raise as much money as possible to try and fight back against this terrible disease that touches so many people’s lives.”

The football star, who also famously turned his hand to music with his iconic ‘John Barnes Rap’ in New Order’s classic England anthem ‘World In Motion’, will be spending time with the players taking part in the afternoon golf day at the one-time Dubai Desert Classic venue, but you don’t have to be a golfer to get in on the action. There will also be an evening event which includes a BBQ and 2 hours of free-flowing beverages, the highlight of which will be when Barnes takes to the stage to tell some stories about his incredible career and answer some questions from the audience.

“Dubai is an amazing place and I’m looking forward to having some fun during the golf day and then telling a few stories at the dinner in the evening,” said Barnes. “I’m sure it’ll be a great occasion.”

Those taking part in the golf day will be kitted out in brand name shirts supplied by local retailer Golf Superstore while there is a sensational prize awaiting the winner of the DHL Swing Against Cancer Golf Series.

As well as a huge variety of wonderful on-course side contests and raffle prizes, the top two finishers from the DHL Open will win through to a Grand Final to play for a ‘money-can’t-buy’ golf experience playing alongside the likes of Tommy Fleetwood, Justin Rose and Sergio Garcia in the Pro-Am for the European Tour’s season-ending DP World Tour Championship at Jumeirah Golf Estates as well as two VIP hospitality tickets for the opening day of the prestigious event.

DHL’s Country Manager, Geoff Walsh, said: “As the most international company in the world, DHL are very much focused on a large number of global CSR initiatives that help make the world a better place by connecting people and improving lives. This can also be said locally for UAE charitable causes as well. It’s great to once again to be a key partner of the Swing Against Cancer Golf Series for yet another year. Given the premium planning and activation of the series we had no hesitation to once again be part of such a worthwhile cause that makes such a difference.

“We have been involved over the last couple of years, supporting individual events, and it is very clear what a great positive impact these events have, improving people’s lives by enabling and supporting treatment for many cancer patients.

“Cancer touches many families across the world in some way or another and we hope as title sponsor for the DHL Swing Against Cancer Golf Series, we can give something back by supporting families through very tough times.”

The series has grown out of the Mike Clark Golf Day, a charity golf day that was started in honour of Mike Clark, a much-loved figure on the local golf scene who worked at Jumeirah Golf Estates and sadly died of bowel cancer in 2012.

The DHL Open marks the inaugural event of the 2019 series and next up will be the Fearnley International Group Open at Newmachar Golf Club in Aberdeen, Scotland – the first time the series has ventured overseas – on Friday June 14th. After a break for summer, the hugely popular DSA Open will take place on the Majlis course, home of the Dubai Desert Classic, on Thursday September 19th, and then the climax to the series, the Grand Final, which is hosted in conjunction with the Mike Clark Golf Day, will be held at Jumeirah Golf Estates on the Fire course on Thursday November 7th.

To enter the DHL Open or any DHL Swing Against Cancer Golf Series event or to attend any of the evening events, please email:[email protected]