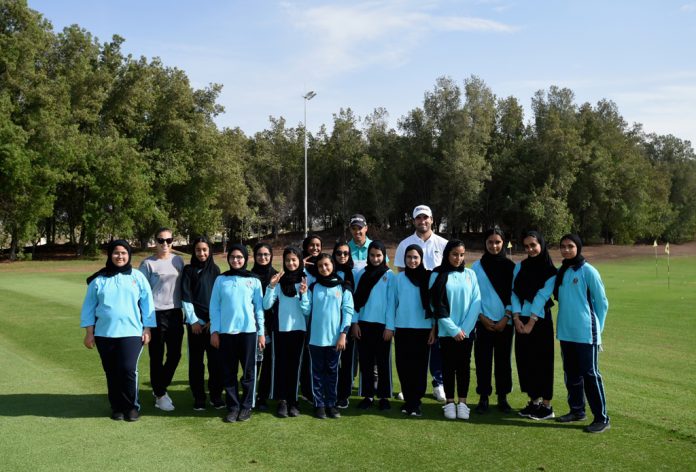 The two groups of school children have both been having weekly introductory golf lessons at the home of the season-ending Ras Al Khaimah Challenge Tour Grand Final in the lead up to the tournament which culminated in them being treated to lessons from the two Challenge Tour stars who are vying for a coveted spot on the European Tour at this week’s tournament where the top 15 players in the Road to Ras Al Khaimah Rankings will be awarded cards for next season. 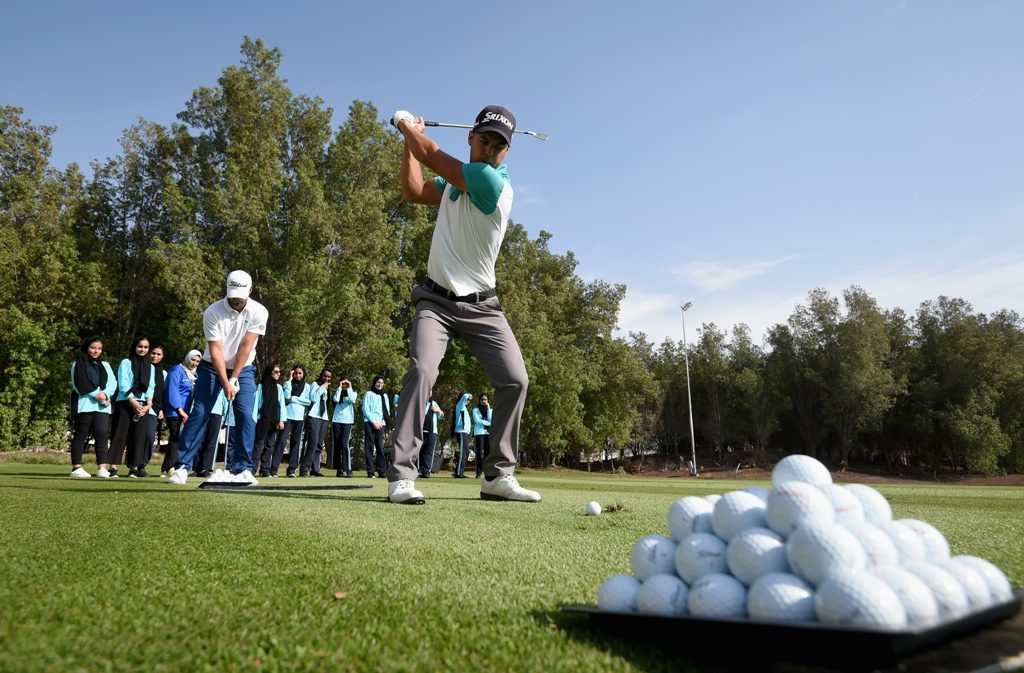 Spain’s Virto is 41st in the Rankings but struck an impress 69 to leave himself in seventh on the leaderboard after the opening round, whilst France’s Rozner is ranked 45th and earned the final spot in the prestigious season finale and shot one under par to sit on tied 20th.

As well as teaching the fundamental skills of golf, both players were on hand to answer questions about the game as well as giving away signed balls and posing for photos with the excited students.

“It was fun giving back to the game as it doesn’t take much to make the kids happy,” said Rozner. “I don’t think many of them have ever seen a professional hit a ball so they were amazed and loved it. I was impressed with some of their swings and think there could be some potential for a future star!”

The school children are having fun visiting @AlHamraGolfClub for the #RAKGrandFinal. They will be getting some coaching clinics from some @Challenge_Tour professionals shortly but are first practicing on the R&A practice nets 😎@RAKTourism @EGFuaegolf pic.twitter.com/zAyCjmBNrx

Meanwhile, Al Jazeera Boy’s school were introduced to the game of golf on Wednesday morning thanks to a visit from Provison events and their Swing Nets. The junior initative, which was run by the Emirates Golf Federation, Ministry of Education and R&A, gave over 500 students an opportunity to practice their swing technique by hitting into the nets with a helping hand from professionals from Provision and the R&A.

Robert Fiala – EGF Operations Manager, said: “When was the first time you touched a golf club? The EGF, Ministry of Education, and R&A had the opportunity to give over 500 National students the opportunity to answer that question today (Wednesday). It was great to see so many kids interested in trying golf. You can see that many of the students have never seen a golf club before but when they picked it up and had a go with the Pros from Provision and the R&A it was hard to get them to stop playing! An initiative like this will go a long way in promoting golf amongst juniors in the UAE.”