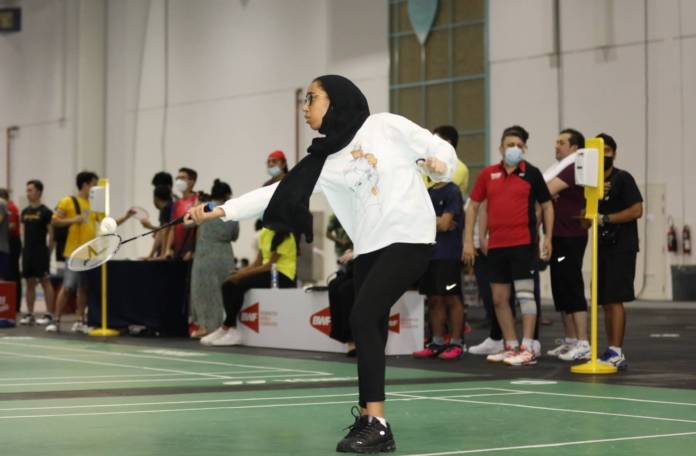 The Women’s Sports Committee of Dubai Sports Council has announced a badminton tournament for ladies, which will take place at Dubai Sports World, Dubai World Trade Centre, on September 19 and 26.

The Women’s Shuttle Time Championship will feature Emirati and expat shuttlers competing in separate categories with draws of 32 each.

Registration for the tournament is open now, through Dubai Sports Council’ official website (Women’s Badminton Championship 2020), and it will close at 32 players in each category.

The tournament will bring the curtains down on the Women’s Shuttle Time Program, which started early August and has helped attract and train a number of Emirati and expatriate ladies in the sport.

The Dubai Sports Council organizes the “Women Shuttle Time Championship ” 🏸, in cooperation with the Women Shuttle Time, in #DubaiSportsWorld, on Saturday 19 and 26 September.
Register now by visiting the linkhttps://t.co/9lVxRjmDVk pic.twitter.com/KzYhQuFfET

“The aim of this tournament is to give participants of the Program an opportunity to test their skills in a competitive atmosphere and, at the same time, motivate and encourage, and support them as they continue their development program.”

Faridoon added: “The Dubai Sports Council is always keen to support and develop women’s sports by organising tournaments, training courses and workshops. Indeed, we have been able to achieve a lot of success in this field and the number of women practicing sports keeps increasing.

“A number of government and private institutions now have a women’s sports team in their organisation with professional trainers, and you can see them participating in all the different tournaments organised or supported by the Council.”