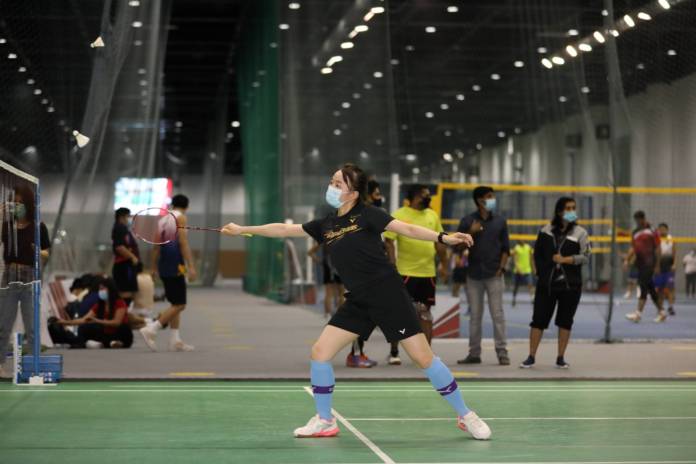 The badminton men’s single semi-final of Dubai Sports Community Club’s Tournament will be a celebration of Dubai’s rich cultural and ethnic diversity with four players from four different nations flying their country’s flag.

The last-four bookings will see China’s Che Liang take on Pakistan’s Munzar Abdul Rahman in the first semis on Friday, September 11, while India’s Sachin Seth will meet Syria’s Mahmoud Taifour for the second spot in the final.

Seth made it the last four with a thrilling 15-11, 11-15, 15-6 win over China’s Zhou Wei on Friday, the opening day of the tournament at Dubai Sports World, Dubai World Trade Centre.

In the women’s single, 17-year old Tanisha Crasto – India’s top-ranked junior doubles player who has represented the country at the World Junior Badminton Championships – will open her campaign on Friday against UAE’s Bushra Mohammed Najjar. If she wins that match, Crasto will take on China’s Diana Wu, who defeated Yoshita Meher Ahmed of Sri Lanka 15-0, 15-2 in her opening match.

Crasto will have a busy day on Friday because she will also feature in the women’s doubles semi-final, alongside Vidya Manghnani. Receiving a first round bye, the pair will take on the Sri Lankan duo of A Ashana Maith and CK Kakerideniya, who defeated Roudha Al Helli and Sarah Al-Jallaf of UAE in their opening match.

Crasto has also received a bye into the mixed double semi-finals alongside James Varghese, and the two will take on the Chinese pair of Che Liang and Diana Wu for a place in the final. The other semi-final will see Vicente Reyes and Len Maria of the Philippines face-off against the Nepalese pair Bikki Budha and Gyanu Maya Baral.

The tournament is seeing competition in four different sports – badminton, basketball, football and cricket – with matches being played on two Fridays – September 4 and 11.