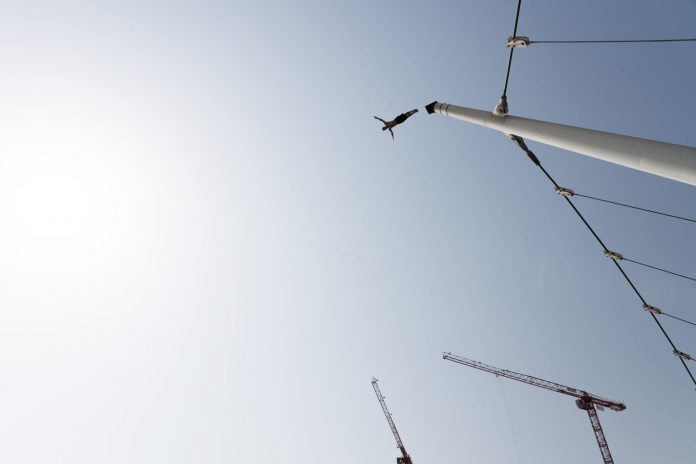 Dubai Airports has partnered with action sports brand XDubai to deliver an incredible one-of-a-kind stunt by Emirati athlete and skydiver Mohammed Baker, as part of the new DXB brand which aims to position the world’s busiest international airport as a major destination for culture, hospitality, and entertainment.

The stunning showcase, captured in a short film released by both Dubai Airports and XDubai, just following the refreshed brand reveal today, captures what is believed to be the world’s longest skydive swoop under a fixed structure.

As showcased in the video, skydiver Mohammed Baker jumps out of a helicopter with a parachute emblazoned with the new DXB brand,  gliding through the Dubai sky before performing one of the world’s longest skydive swoops – measuring 112m – under the Sheikh Zayed Road bridge. With Downtown Dubai providing a stunning backdrop, the video also showcases various stunts performed by six XDubai athletes including Hollywood stuntman, Damien Walters; wakeboarder, JB ONiell; parkour athletes Lynn Jung and Kie Willis; BMX rider, Ola Selsjord; and obstacle course racer, Barbara Company.  A stunning cliff dive from Sheikh Zayed Road bridge into the Dubai Canal was also performed by Murilo Galvez, engaged by XDubai specifically for the occasion.

Commenting on the stunt showcase Anita Mehra, VP – Marketing & Corporate Communication, Dubai Airports said: “With the refreshed direction we are taking at DXB, our aim is to create the best of experiences for our esteemed customers – one that connects different cultures and captures the true spirit of Dubai. Our partnership with XDubai and this stunt are in line with that direction, symbolising Dubai’s spirit of adventure and ambition, as well as our vision to push boundaries and create exciting new experiences.”

Mohammed Javad, General Manager of XDubai commented, “Since our inception, XDubai has not only inspired people around the world to defy their limits, but also put the spotlight on our home base of Dubai.  Both Dubai Airports and XDubai are a product of the emirate’s ambitions –  to show the world just what is possible with innovation, collaboration and determination –  and this partnership to showcase the new DXB brand once again, did just that.”

The refreshed DXB brand embodies the unique values of its home city, Dubai, demonstrating unmatched hospitality, a culture of vibrant imagination, openness to fresh ideas, and a mesmerising mosaic of exciting and inspiring experiences.

As such, DXB’s new visual identity takes the shape of two arrows meeting to form a three-dimensional ‘X’ in DXB – representing the ‘space in between’ landing and take-off, and all the thrilling opportunities available to discerning travellers.