Home Events Cristiano Ronaldo confirmed as one of the speakers for Dubai International Sports... 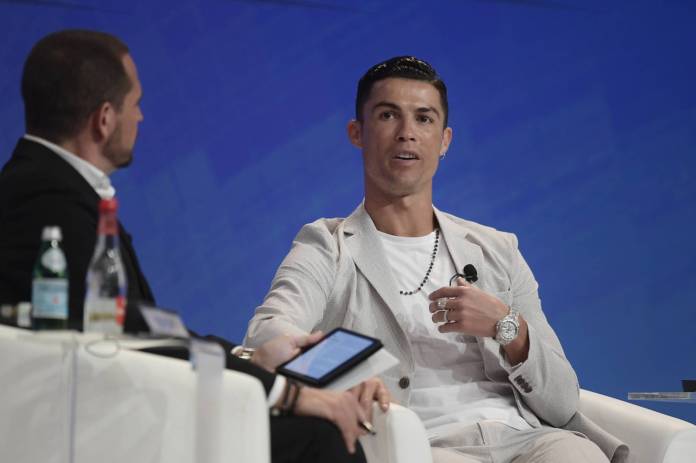 Cristiano Ronaldo, one of the biggest stars of modern football, will join Bayern Munich ace Robert Lewandowski on the same stage this Sunday, talking about their respective journeys to the top, at this year’s Dubai International Sports Conference, which is taking place under the theme “Football at the Top” at Armani Hotel in Burj Khalifa.

A Mohammed Bin Rashid Al Maktoum Global Initiative, the Conference is organised by Dubai Sports Council and it has been bringing football’s top stakeholders together since 2006 for extensive discussions on ways to develop and enrich the sport at the domestic, regional and international level.

This year again, the Conference will feature two of the biggest stars of football – Juventus and Portugal ace “El Don” Ronaldo, and 2020 FIFA Men’s Player of the Year Lewandowski – alongside a number of other top decision-makers from across the world of football when it convenes this coming Sunday.

Ronaldo is a regular visitor to Dubai and counts the city among his favourite holiday destinations. He has also been a strong supporter of Dubai International Sports Conference, featuring on its speakers’ panel multiple times in previous years, sharing his experiences with the audience and talking about various aspects related to his celebrated career, and his achievements with different clubs and country.

A five-time winner of the Ballon d’Or and one of the most decorated players of the modern era, Ronaldo is also a multiple-winner of Dubai Globe Soccer Awards, which are considered part of the ‘Grand Slam’ of football award ceremonies alongside the Ballon d’Or and the FIFA Football Awards.

His overflowing closet of trophies, and his success for both club and country level, as well as his staggering list of individual achievements make Ronaldo the ideal guest for this year’s Conference given the theme – “Football at the Top”.

Ronaldo, who has already arrived in Dubai, will be talking about his journey to the “Top”, into the echelon of football’s greats and his participation as a speaker at the Dubai International Sports Conference will be an invaluable opportunity for UAE’s football players, and indeed for players from around the globe, to get personal insights from one of the greatest players in football history, and to learn from his experience. 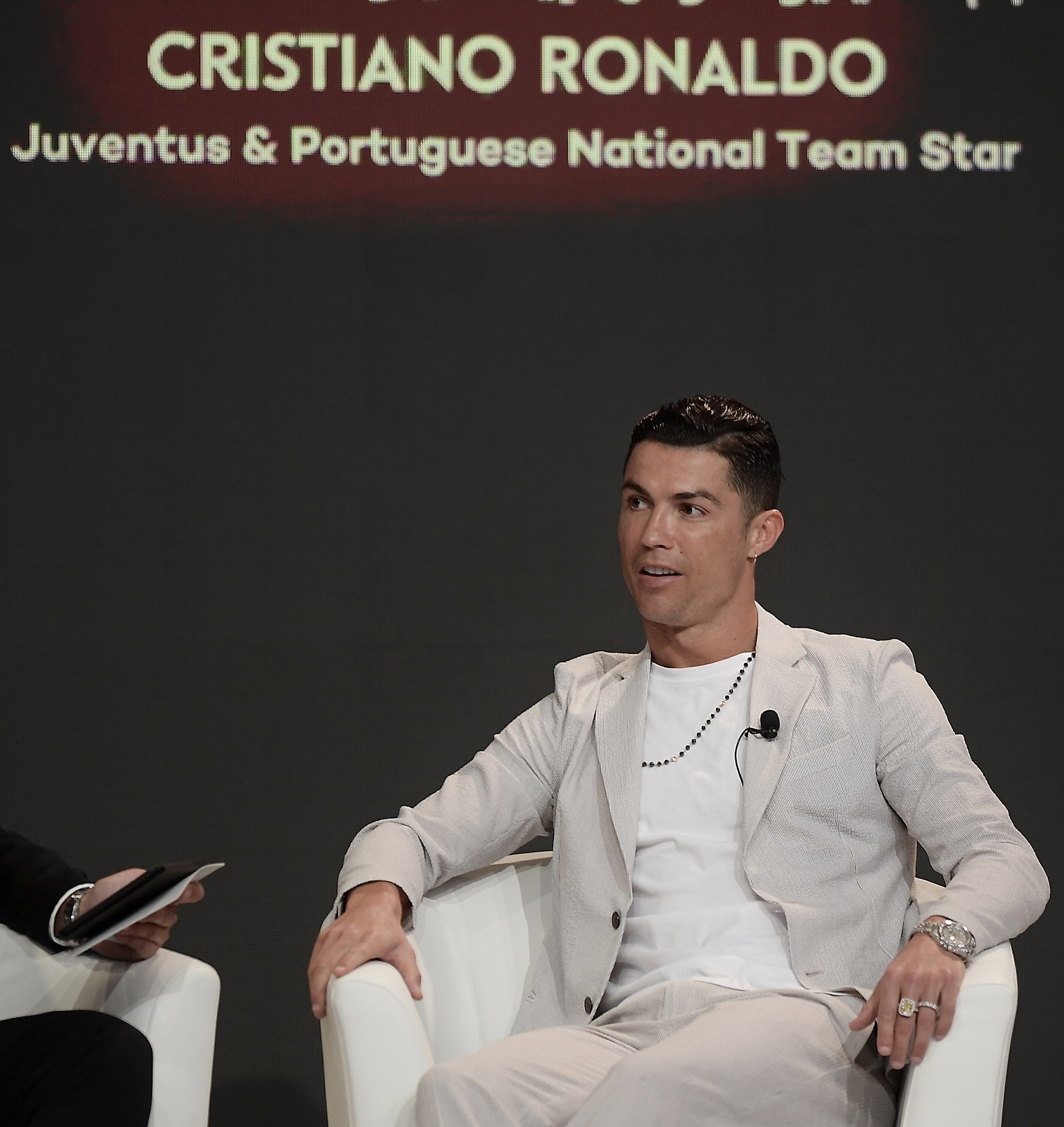 Lewandowski, meanwhile, will detail his journey to the top of world football, and talk about his insatiable appetite for goals, which saw him score a staggering 55 goals in 47 appearances for Bayern Munich last season, as he finished as top goal scorer in the Bundesliga, the DFB-Pokal and the Champions League.

Lewandowski’s stellar season saw Bayern win every game in Europe, including the Champions League final against Paris St-Germain, as well as the Bundesliga and DFB-Pokal double at home. The German powerhouses have added the DFB Supercup and UEFA Super Cup to their trophy closet since.

Recognised by UEFA as the European Player of the Year earlier in October, the Poland international was named FIFA Men’s Player of the Year last week, ahead of Lionel Messi and Cristiano Ronaldo. He became the first Polish player or a player from a German club to win the FIFA Player of the Year award since its inception in 1991, and he is only the second player after Luka Modric in 2018 to break a 13-year Messi-Ronaldo hegemony.

Both Ronaldo and Lewandowski feature on Dubai Globe Soccer Awards’ shortlist of nominees for the Player of the Year award – alongside Barcelona star Lionel Messi. Ronaldo makes the list following his starring role in Juventus’ ninth successive Serie A title last season. The 35-year-old was part of Juventus’ success in 2018-2019 as well after arriving from Real Madrid, where he won two Spanish La Liga titles, two Coppa del Rey, four UEFA Champions League and three FIFA Club World Cups alongside a number of other titles.

Ronaldo has also won three English Premier League titles and a UEFA Champions League and FIFA Club World Cup with Manchester United, as well as the 2016 UEFA European Championship with Portugal and the 2018-19 UEFA Nations League.

Those stats make Ronaldo a frontrunner for the Player of the Century (2001-2020) Award, which will be presented on December 27, at the same venue, following the conclusion of Dubai International Sports Conference.

More than 21 million fans have already cast their votes for the Awards, and Ronaldo has received the maximum fan votes in both the Player of the Year and the Player of the Century categories. Bayern Munich, winner of the Champions League, Bundesliga, and DFB-Pokal treble last season, has polled the maximum votes in the Club of the Year category, while Spanish powerhouses Real Madrid have received the most votes in the Club of the Century (2001-2020) polling.