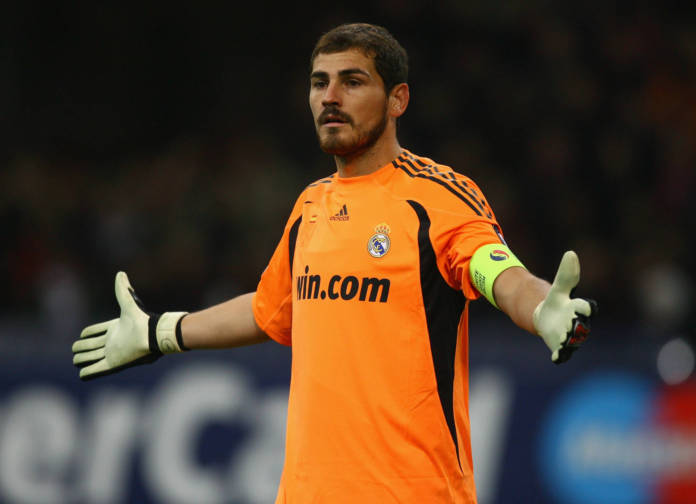 Iker Casillas, one of the greatest goalkeepers in the history of football, has confirmed his presence as a speaker for this year’s Dubai International Sports Conference, which will take place on December 27 at Armani Hotel in Burj Khalifa, under the theme “Football at the Top”.

The Spain and Real Madrid legend, known as “Saint Iker” among his fans, will join “El Don” Cristiano Ronaldo and Bayern Munich hitman Robert Lewandowski on the dais on Sunday, with the trio talking about their respective journeys to the top in their glittering careers.

A Mohammed Bin Rashid Al Maktoum Global Initiative, the Conference is organised under the patronage of His Highness Sheikh Mansoor Bin Mohammed Bin Rashid Al Maktoum, Chairman of Dubai Sports Council, every year by the Council and the Conference has been bringing football’s top stakeholders together since 2006 for extensive discussions on ways to develop and enrich the sport at the domestic, regional and international level.

This year again, the Conference will feature three of the biggest football stars of this generation – Juventus and Portugal ace Ronaldo, 2010 World Cup winner Casillas, and 2020 FIFA Men’s Player of the Year Lewandowski – alongside a number of other top decision-makers from across the world when it convenes on Sunday evening.

One of the few players to achieve over 1000 professional career matches, and owner of the record for most clean sheets in the UEFA Champions League, as well as for the Spain national team, Casillas will share his experiences with the audience and talk about his celebrated career, as well as his achievements with club and country.

Starting his career with Real Madrid’s youth teams in 1990, Casillas made his first team debut in 1999 as well as his first entry in the record books when he became the youngest goalkeeper to play in the final of the Champions League, and to win the title, at 19 years and four days.

In 2015, Casillas bid adieu to Real after 25 years and signed for Portuguese club Porto, where he won the Primeira Liga and Supertaca Candido de Oliveira double in 2018.

On the international stage, Casillas was captain of the Spanish teams that won the 2010 World Cup, and the 2008 and 2012 European Championships. At the 2010 World Cup, Casillas kept a joint-record five clean sheets and won the Yashin Awatd for the Best Goalkeeper of the tournament. At the 2012 European Championships, he set the tournament record for the most consecutive minutes (509) without conceding a goal in the competition.

Casillas’ participation as a speaker at the Dubai International Sports Conference will be an invaluable opportunity for UAE’s football players, especially goalkeepers, to get personal insights from one of the greatest gloveman in football history.