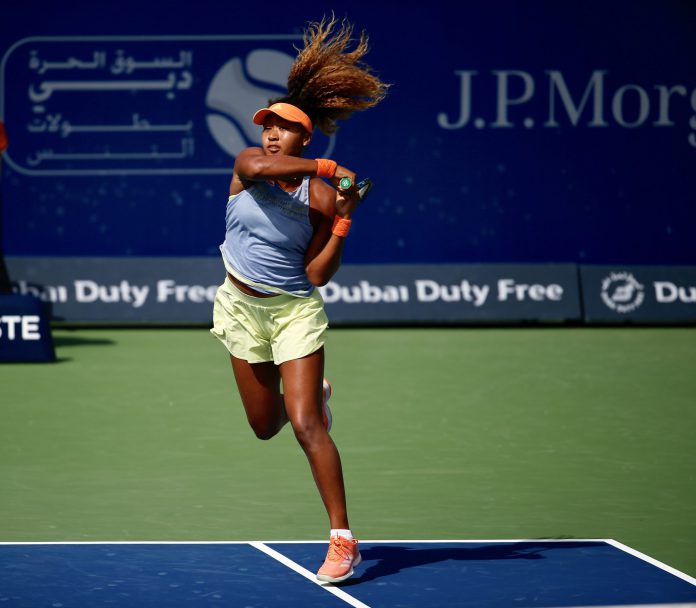 All eyes will be on Australian Open champion and new world No. 1 Naomi Osaka when the Dubai Duty Free Tennis Championships gets underway in just three weeks’ time.

Her rapid climb to the very top of the game has been nothing short of astonishing. Last year when she competed in Dubai she was ranked a modest 48, but immediately after losing in the quarter-finals she took her first steps to super stardom by winning the Indian Wells title, and just a few months later she stunned the tennis world, and her opponent in the final Serena Williams, by winning the US Open.

She has continued her fantastic run this season, outlasting two-time Wimbledon champion Petra Kvitova n a thrilling three-set finale to the Australian Open. Not only did her victory elevate her to the very top of the rankings, she became the first player to follow her maiden Grand Slam title with victory at the following major since Jennifer Capriati won the Australian and French Opens in 2001

“There is nothing more exciting than seeing a wonderful new talent emerge, and the progress that Naomi Osaka has made in the last year has been remarkable,” said Colm McLoughlin, Executive Vice Chairman and CEO of Dubai Duty Free. “We offer her our warmest congratulations for not only her wonderful victory in Melbourne but her rise to world No. 1. We very much look forward to seeing her once again at the Dubai Duty Free Tennis Championships.”

Osaka demonstrated great maturity and resilience as she recovered from the disappointment of failing to win match points for a straight sets victory in the Australian Open final, fighting back in the third to overcome her far more experienced opponent. And when it was finally over it was hard for her to realise that her work was done and she could finally relax.

“Yeah, I mean, it didn’t really take that long (to refocus).” Osaka said of losing the second set. “I don’t know, like I felt like I didn’t want to have any regrets. I think if I didn’t regroup after the second set, then I would have looked back on this match and probably cried or something, so….

“But for me, I don’t know, like I still feel very shocked. Like, I felt like the match wasn’t completely done, but it was done, you know? It’s one of those moments where you’re fighting so hard. When it’s finally over, you’re still in the state of, like, competitiveness.

“I feel like it hasn’t really sunk in. Maybe in the next tournament I play, if I see the No. 1 next to my name I’ll feel something. But for now, I’m more happy that I won this trophy. I had dreams that I would win this tournament, you know? Every time I have a dream, somehow I accomplish it, I still feel like it’s a very strange moment. Like, I feel like I’m living right now, but it’s not necessarily real, if that makes sense.”

The first player from Asia, man or woman, to reach No. 1 will shortly be setting her focus on winning another trophy, and what she accomplished in Australia suggests that she will be able to add her name to the long list of great players who have claimed the Dubai Futy Free title.

“Naomi Osaka has proved beyond doubt that she belongs among the greats of the game, and there is every chance that she will be able to join such stars as Venus Williams, Caroline Wozniacki, Amelie Mauresmo, Lindsay Davenport and so many others as a Dubai champion,” said Tournament Director Salah Tahlak. “With another eight of the top 10 also competing she faces an enormous challenge, but she has demonstrated that she is able to rise to any occasion.”