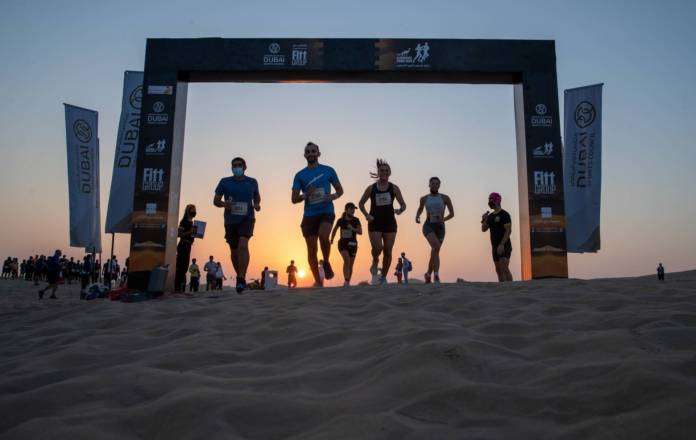 The UAE’s Mohammed Al Hassani and Hamad Al Zeyoudi topped the men’s podium in the Elite and Open divisions of the 5km Al Marmoom Dune Run, which saw more than 250 participants representing many different countries challenge their limits in the desert.

One of the first event of its kind, Al Marmoom Dune Run was organised by Dubai Sports Council in cooperation with Dubai Municipality and FittGROUPME inside the magnificent Al Marmoom Desert Conservation Reserve, which is the largest project of its kind in the world with more than 40 hectares of pristine shrub land that is home to 204 species of native birds, 158 species of migratory birds and many other endangered species, as well as Arabian Oryx, Arabian gazelles, sand Gazelles, foxes, and wild cats.

The Run, an exciting new addition to Dubai’s sporting calendar, saw participants challenge themselves on a 5km course that took them across dunes and around stunning lakes inside the Conservation Reserve. The list of contestants was representative of Dubai’s diversity with five different nations being represented on the podium in the Elite 5km division, while the Open 5km featured six different nationalities on the podium.

Al Hassani was fastest in the Elite 5km, topping the charts with a time of 25 minutes and 04 seconds, finishing a mere 45 seconds ahead of his Emirati compatriot Buti Al Nuaimi (25:49), while Kenya’s Dennis Nyakundi Onwongwa (25:54) finished third; a further five seconds behind. 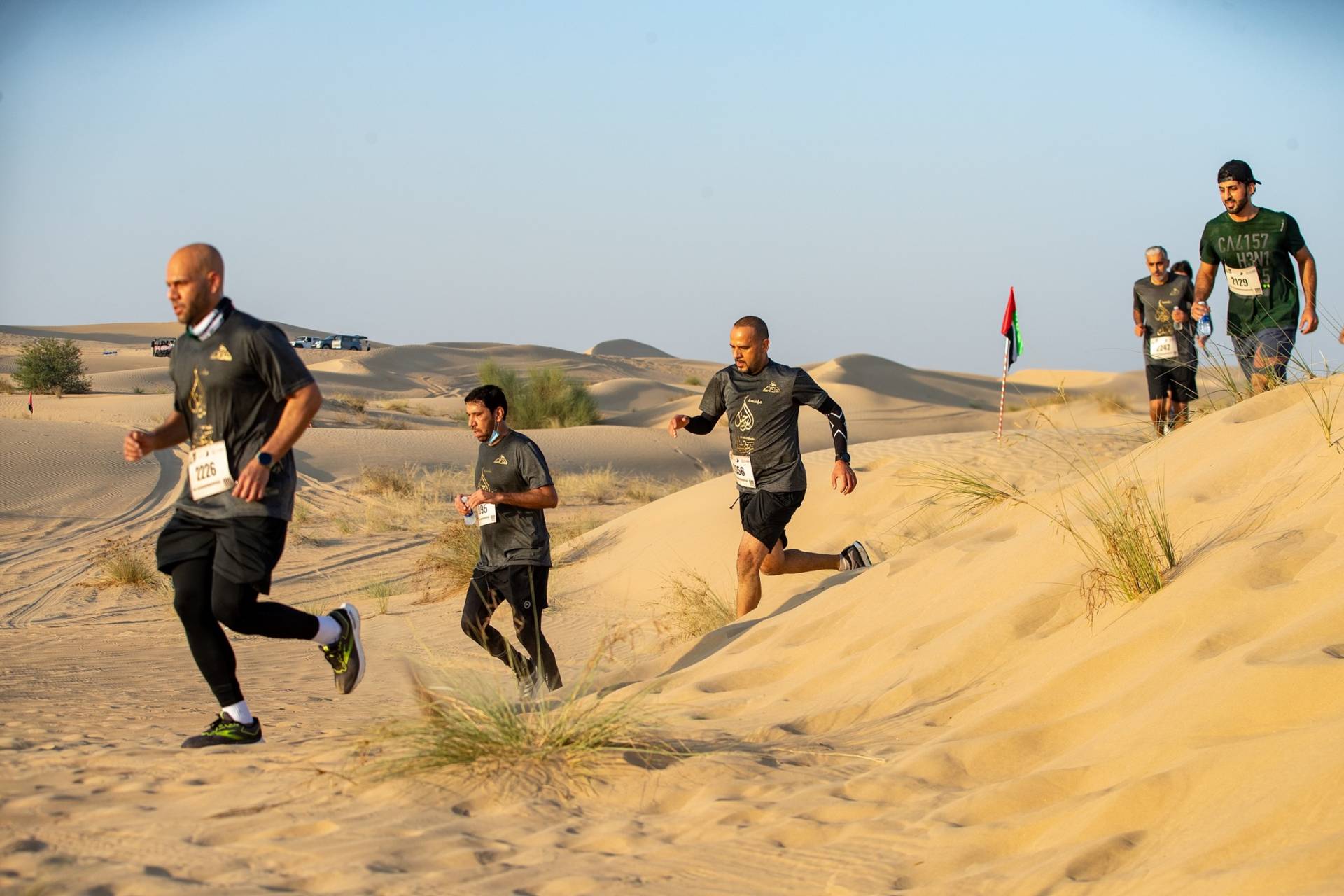 “I would like to dedicate this medal to our wise leadership for their generous support and encouragement of the sports sector and Emirati athletes,” said Al Hassani. “I would also like to thank Dubai Sports Council for organising this amazing race, the first of its kind to be held in the desert.

“It was an amazing experience, although it was tough and exhausting. I am already looking forward to coming back for the second edition of this Run and hopefully I can win the title once again.”

Serbia’s Radmila Bakic took the top honours among the ladies in the Elite 5km with a time of 37:41, finishing 10 minutes and 5 second clear of Colombia’s Maria Del Pilar Rua Forero (47:46), while Justine Welch of the UK clocked 48:36 to take third spot.

“I thank Dubai Sports Council for organising this super exciting Dune Run,” said Al Zeyoudi. “It was very challenging. Running 5km in the sand and the dunes is not easy, but it was great fun as well and I am looking forward to coming back and challenging myself once again.”

In the Open 5km women’s category, Canada’s Fiona Warren took the top spot with a time of 38:27, while Krista Dake of United States was second in 39:31, and the UK’s Jessica-Leigh Suffolk finished third with a time of 44:02.