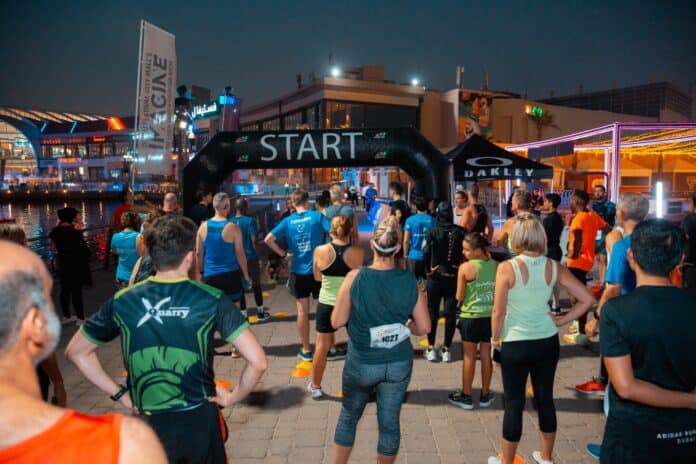 The series highlighted Dubai Festival City’s commitment to building a close-knit community through participation in activations that encourage residents, tenants and community members to live a healthy lifestyle. Launched in Dubai for the first time, the 555 series night run was held at four different locations with Dubai Festival City as the final venue.

Organized by Race ME, the leading sports event provider in the Middle East, the 2.5km track started from the creekfront Festival Bay at Dubai Festival City Mall. Participants ran all the way down to the Festival Promenade near Marsa Plaza and back.

At each location, runners received a segment of medals which combined to the full 555 medal after they finished four events. Runners who have participated in four out of the five runs qualified for the overall awards. Runners also received the series limited edition run shirt on completion of four runs. Given that Dubai Festival City was the last venue of the run, overall series winners were announced after the completion of the race. Up to AED 500 prize money was given away across different categories.

Dubai Festival City is a vibrant, holistic destination that brings visitors and their families together to enjoy entertainment, hospitality, and leisure offerings. Home to various runs such as the Half Marathon, Donut Run, Halloween Run and Santa Run, Dubai Festival City is providing an opportunity to its residents, tenants and visitors to focus on their fitness and reiterate the importance of health even in the summer months.