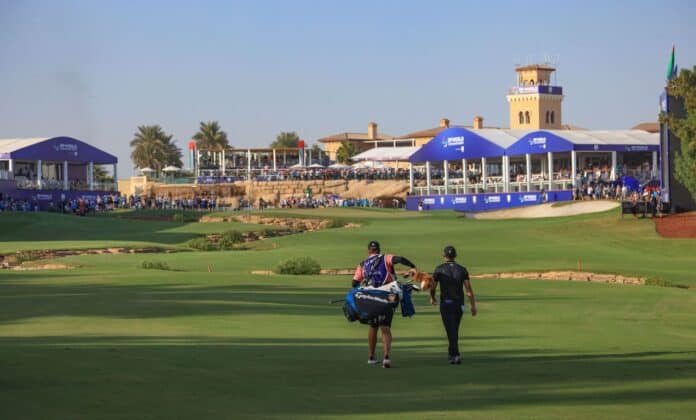 Free general admission tickets for the DP World Tour Championship, Dubai, the season-ending Rolex Series event, have been released with this year’s 14th edition set to be one of the biggest and best yet.

Jumeirah Golf Estates’ Earth course will once again welcome the top 50 players on the DP World Tour Rankings Presented by Rolex from November 17-20.

Some of the hottest names in the game are expected to make the trip to Dubai for the prestigious tournament by finishing in the top 50 of the DP World Tour Rankings, including the likes of former champions and Major winners Matthew Fitzpatrick, Rory McIlroy, Collin Morikawa and Jon Rahm.

This year’s tournament will also boast a record US$10 million prize fund, making the season finale the first DP World Tour event in history outside the Majors and WGCs to feature an eight-figure prize fund.

Aside from being one of the standout events on Dubai’s annual sporting calendar, the tournament has also rightly earned its place as a must-attend event on the social calendar thanks its vast array of attractions, activations, and food and beverage options available in the Championship Village.

Last year’s tournament saw the first Ladies Day celebration with free drinks, ladies golf clinics and a Best Dressed competition among many of the perks included during the third round of the tournament. Due to the resounding success of the initiative, it will make a return later this year, while the tournament will also host a dedicated Family Day for the first time.

As well as free general admission tickets, the DP World Tour Championship also offers premium experiences for those wanting to make this year’s event extra special. Both the Championship Chalet and Earth Lounge will provide stunning vantage points of the action, free flowing hops and delicious delights to enjoy throughout the day.

Fans can currently take advantage of the Early Bird discounts, with prices starting as low as AED499 for the Earth Lounge and AED2000 for the Championship Chalet.

“Since the first DP World Tour Championship in 2009, spectators have been a key part in making the tournament one of the best events on the schedule, thanks to their love for the game and enthusiasm out on course.

“The team at DP World Tour Middle East are working tirelessly behind the scenes to make the tournament bigger and better than ever and we can’t wait for fans to see what we have in store later this year at Jumeirah Golf Estates.”

Fans can register for free tickets and purchase a Premium Experience at the Championship Chalet or Earth Lounge on dpwtc.com.