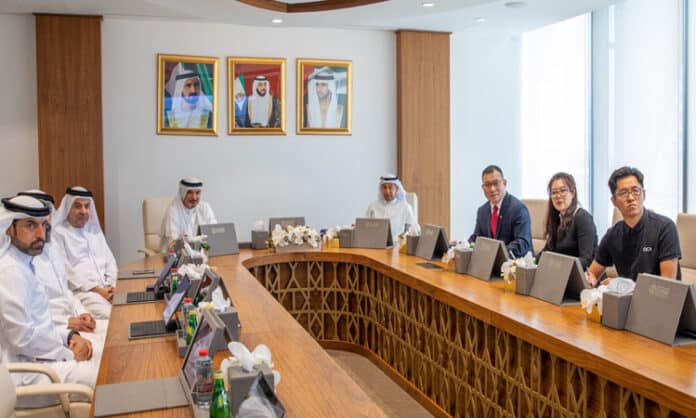 The Chinese Olympic Committee discussed the possibility of organising training camps in the UAE for various Chinese national squads as part of the country’s build-up and preparations towards the 2024 Paris Olympic Games.

This possibility was the main point of discussion when Saeed Hareb, Secretary General of Dubai Sports Council (DSC), received a delegation from China headed by Hao Qing from the Sports Department of the Chinese Olympic Committee.

The meeting, which was held at the DSC headquarters, was attended by Hussain Al Musallam, Director General of the Olympic Council of Asia (OCA) and President of Federation Internationale De Natation (FINA); Nasser Aman Al Rahma, Assistant Secretary-General of Dubai Sports Council and various members from the Chinese Olympic Committee, including Wang Minghen, Deputy Director General of Marketing and Zhang Yaxin, member of Marketing Department.

The Chinese delegation reviewed the calendar of sports events hosted annually by Dubai, including international top-level activities and preparatory camps for international teams involved with a host of modern and diverse sports.

Among the high-profile preparatory camps was the one that witnessed Denmark’s Victor Axelsen, whose preparation in Dubai resulted in him winning the men’s singles badminton gold medal at the 2020 Tokyo Olympics. 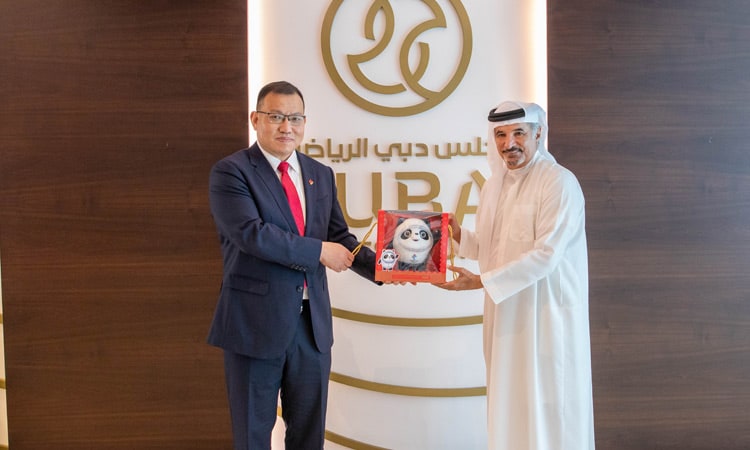 Others who benefited from training in Dubai were a host of Olympic champions from Romania, the Czech Republic and Hungary.

Hareb elaborated on the advanced sports facilities in Dubai and spoke on the facilities that are constantly provided to visiting teams and to global organisers, based on the approach and belief of the UAE’s wise leadership in the field of cooperation with the world and strengthening the efforts of all parties to create a better future for the whole world in all fields, including the sports sector.

The delegation was also treated to a film on the most important sports events and facilities in the Emirate of Dubai, which are built to latest international standards thus qualifying to host major sporting events and camps for international teams.

Musallam praised the diverse sports facilities that the UAE in general, and Dubai in particular. He stressed that having such unique facilities enabled the UAE to host tournaments, such as the recently-held FINA World Swimming Championships that has so far been hosted twice in the UAE — in 2010 in Dubai and in Abu Dhabi in 2021.

Hao expressed his happiness with the distinguished relations between the two countries in all fields, including sports. Banking on the past, the Chinese official explained how the two nations have grown closer following cooperation in the field of hosting tournaments, training camps and exchanging experiences.

He also hoped that the future would witness more of this cooperation due to the two countries’ like-mindedness in sport along with their common emphasis on organisational expertise, development of means of transportation, communication, facilities for tourists and the outstanding application of precautionary measures in the UAE, which has helped strengthen its position on the map of hosting and organizing various sports events.

At the end of the meeting, Hareb presented the English version of the book ‘My Story’ penned by His Highness Sheikh Mohammed Bin Rashid Al Maktoum, Vice President and Prime Minister of the UAE and Ruler of Dubai, over to the Chinese delegation.

The Chinese delegation also presented the Dubai Sports Council with a souvenir mascot of the 2022 Winter Olympic Games to be held in Beijing.