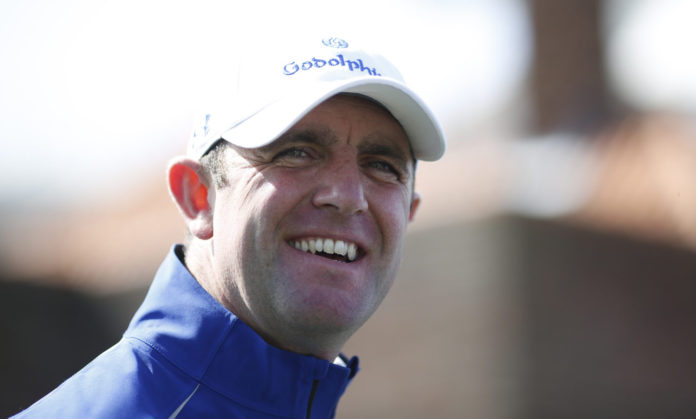 Trainer Charlie Appleby had the most enviable Dubai World Cup meeting of any conditioner in 2019, landing the $6 million Longines Dubai Sheema Classic (G1) with Old Persian, $2 million Al Quoz Sprint sponsored by Azizi Developments with Blue Point and $1.5 million Dubai Gold Cup sponsored by Al Tayer Motors (G2) with Cross Counter. This year, he is entering the world’s richest race day with a potent, concentrated arsenal of seven serious chances in the four turf races on the nine-race card.

Appleby’s top two claims of the Duabi World Cup, which will be played behind closed doors due to the COVID-19 pandemic, are arguably Godolphin’s Ghaiyyath and Barney Roy, who run in the Longines Dubai Sheema Classic and $6 million Dubai Turf sponsored by DP World (G1), respectively. Ghaiyyath is the highest-rated (126) horse training in Dubai this season and enters off perhaps the most impressive performance anywhere in the world this year when romping by 8½ lengths over stablemate and next-out G1 Jebel Hatta-placed Spotify in the $200,000 Dubai Millennium (G3) five weeks ago. The son of Dubawi smashed the 2000m course record (2:00.33) under an eased-up ride that day and stretches back out to the 2410m (about 12 furlongs) over which he won the Grosser Preis von Baden (G1) last September. A winner of six of nine starts and $507,280, Ghiayyath was a $1,180,850 purchase at Goffs November 2015 as a foal, so hopes have always been high for this son of Irish 1000 Guineas (G1) winner Nighttime and half-brother to G1 winner Zhukova.

“The horses in Dubai are all doing well,” Appleby said. “Ghaiyyath obviously had a very impressive victory there in the Dubai Millennium. Spotify running a good, solid race and then (finishing third) back in the Jebel Hatta last time backed that form up and gave it a little substance, which is good to see.

“He’s definitely a different individual this time around,” Appleby continued. “He’s five now and I thought going into his last race he had a lot more substance about him. Mentally, he looked in a good place and subsequently came out not losing anywhere near the weight he has in the past. He never gives himself an easy race because of his (forward) running style, so as easy as he wins with these big margins, he doesn’t help himself. In the (Dubai Millennium) he lost 4kgs and has obviously put that back on in a couple days.

“His preparation so far has been faultless and I’m confident he’s going to be there in as good or better condition. Hopefully a bit better than we last saw him in his last start. He’s an exciting horse and always has been and we’re looking forward to it all going ahead.”

If he wins, it will give the Godolphin-Appleby-Buick team its third consecutive win in the race following the gate-to-wire win by Hawkbill in 2018 and thrilling stalk-and-pounce victory by Old Persian last year.

“Compared to Hawkbill and Old Persian, Hawkbill was a very talented 3-year-old when winning the (Group 1) Eclipse (Stakes) and went into the Sheema with some solid form there,” Appleby explained. “Character-wise, Hawkbill was a bit strong, himself, but on his day, he was a very talented horse. With respects to Old Persian and out of the three of them, I would have put him as the ‘C’ on bare form and what they’ve achieved in their careers and Ghaiyyath would be the ‘A’ of the three. He’s a Group winner at two, three and Group 1 winner at four and in very emphatic style. On bare form going into the Sheema, he’s the classiest of the three.”

Barney Roy has had an inspired renaissance this season, winning both the Al Rashidiya (G2) and Jebel Hatta in sensational style under William Buick. The Godolphin-owned son of Excelebration flew past Magic Lily—herself a dual Group 2 winner during this DWC Carnival—in the latter, stamping himself as the chief threat to Japan’s Dubai Turf defending champion Almond Eye.

“Barney Roy has come out of his race very well,” Appleby said. “He’s really in tip-top order, which is good. Magic Lily is doing very well out of the Jebel Hatta and will also go in there, all being well.”

HH Sheikha Al Jalila Racing’s Glorious Journey and Godolphin’s Mubtasim will exchange friendly fire for the third consecutive race this year, having finished first and third in the Al Fahidi Fort (G2) over 1400m on Jan. 23 at Meydan and then second and third in the 1351m Turf Sprint last out in Riyadh on Feb. 29. Both are cutting back in trip for the Al Quoz Sprint to 1200m and appear to have the needed speed to be competitive.

“Both Mubtasim and Glorious Journey came back from Saudi well,” Appleby continued. “Both ran creditable races there. Mubtasim is what he is. He wears his heart on his sleeve and is a forward-going horse. Dropping back to the six will be on the sharp side for him, but he’s a very genuine horse on the back of that last start deserves to have a crack at it. If he could run into a pace, we’d be delighted.

“Glorious Journey ran well, considering the draw, which he was always going to struggle from in Saudi,” he continued. “He does his best work late on. He has ran over this trip and ran creditably. He ran well in the July Cup and showed plenty enough boot to be able to lay up. If anything, in hindsight, we have changed his running style and know he’s better off being a hold-up horse and we’re looking forward to seeing him drop back to six (furlongs) again. With his A-game, he could be a player.”

Cross Counter and Ispolini will attempt to carry the Godolphin blue to a one-two finish for the second consecutive year in the Dubai Gold Cup. Unlike his stablemate, Cross Counter has had the benefit of a run this season when off the board in the rich Longines Turf Handicap in Riyadh, but must overcome his poor performance in which he seemed ideally suited. Ispolini is unraced since a veterinarian scratch during the lead-up to the Melbourne Cup (G1) in November, a race that Cross Counter won in 2018 and finished a respectable eighth in 2019. A two-time Meydan winner, Ispolini was last seen racing when winning the German St Leger (G3) in September.

“Cross Counter, as you know, is heading to the Gold Cup again,” he continued. “He’s come back from Saudi well and definitely come forward for that run. Ispolini will go in there first up, all being well. His homework has been very good. He’s a horse we know we can get fit first up, so we have two live contenders there. As we stand, William will ride Cross Counter and James (Doyle) will ride Ispolini.”