Home Events Over 500 people participate in Run For The Oceans with adidas in... 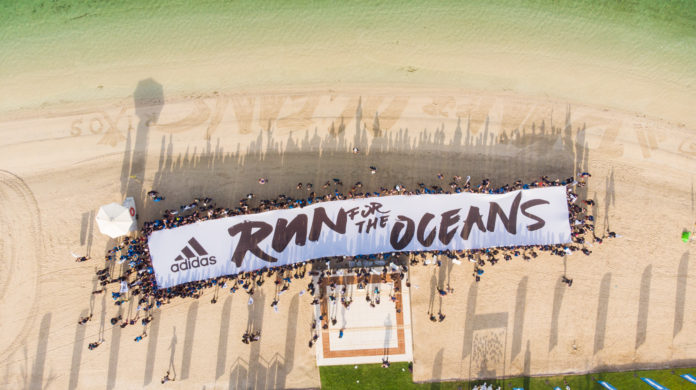 On Friday 14th June, adidas hosted a Run For The Oceans event with 5KM and 10KM runs starting from Rixos, The Palm, Dubai, with over 500 GCC based runners lacing up to take part in the event.

Run For the Oceans is an initiative where adidas aims to unite more runners than ever before in the fight against marine plastic pollution and for every kilometre run by the 16th June, adidas will contribute $1 to the Parley Ocean Schools with the increased target of reaching $1.5m.

Walk the walk, and talk the talk – take action to fight against marine plastic pollution. Lace up to join us in the #RunForTheOceans, beginning this June 8th. Sign up now: https://t.co/QJJVvLibFa pic.twitter.com/his4M1SW1d

In 2018, adidas created a global movement with Run For The Oceans, uniting nearly one million runners from around the world. To date, the money has helped directly educate and empower 100,000 youths and their families living in coastal areas affected by plastic pollution as part of the Parley Ocean School Program. The partnership saw five million pairs of shoes created using recycled ocean plastic in 2018 alone.