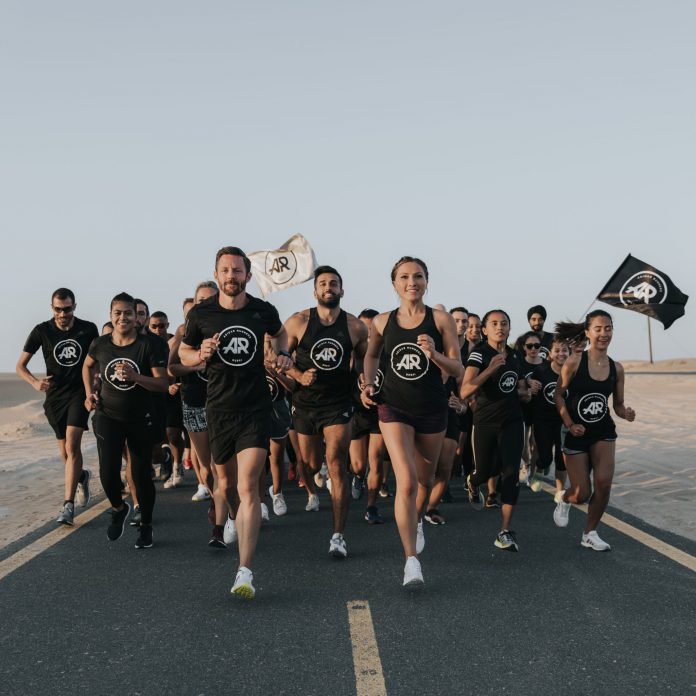 Lee Ryan has completed 28 marathons and 56 half marathons and has grown a reputation as one of the best endurance coaches in the region. As captain of adidas Runners Dubai, he has changed the landscape of running in the UAE. Using the same vision and values as the ruler of Dubai, Lee’s aim is to inspire and motivate the community of Dubai to “run this city” and lead a healthy lifestyle.

In this feature, our man Scott Grayston, who is also competing in this year’s Standard Chartered Dubai Marathon, picks Ryan’s brains about why people should get involved in this wonderful marathon and why you should take advantage of running in Dubai.

SFME: What tips would you give for anyone thinking of starting to run in Dubai?

Lee Ryan: Don’t be afraid to explore. Make it an adventure. Make it Fun.

Make sure you are wearing the shoes and clothes that best suit you. If running at night, make sure to wear bright colours. Pop into the Dubai Mall adidas store, to try our in-store RunGenie that helps select the right shoe for your own performance and step.

Use running to meet new friends. adidas Runners welcomes all abilities. It’s not always about how far or how fast you run, everyone is running their own race.

Enjoy the advantage of Dubai’s good weather 9 months of the year, use it to take in some fresh air, get outside, run along the beach, run in the parks. See our beautiful city from a different angle.

SFME: Why should people get involved in the Dubai Marathon?

Lee Ryan: It is always a great focus for the new year. A lot of people have health and fitness focused goals for the new year, so why not join the biggest running event in the region. Start your weekend right, either the big distance of the marathon, 10km or 4km – set a good example and run as a family in the fun run!

If you don’t run it, it’s a great thing to come down, support friends and feel the energy with the adidas Runners cheer squad on the route. We have some of the best athletes coming in to town to race, so head on down, get the motivation to do it next year and start your running journey with adidas Runners.

SFME: What makes the Dubai Marathon so special?

Lee Ryan: The weather is perfect. It’s on your doorstep. The city truly comes alive and it is such an inspiring thing to witness, be a part of it, in any capacity. With the government focusing on Dubai as the fitness hub of the world, see 20,000 people come together, with their own goals.

It’s not always about winning. Admire peoples’ efforts to overcome hurdles. The mentality that the UAE has been built on “nothing is impossible”.

Looking for some new running trainers?

ADIDAS ULTRABOOST 19 – A NEW SHOE FOR A NEW SPORT

adidas designers and product developers worked with thousands of runners from around the world to create the new silhouette, in what was its most ambitious collaboration project ever.

The overwhelming feedback from runners was that running is changing, becoming younger and more democratic. With the emergence of city running clubs and fun runs, running is now a sociable sport rather than just something people do on their own.