Home Events Arab Women Sports Tournament 2020 all set for a thrilling start in... 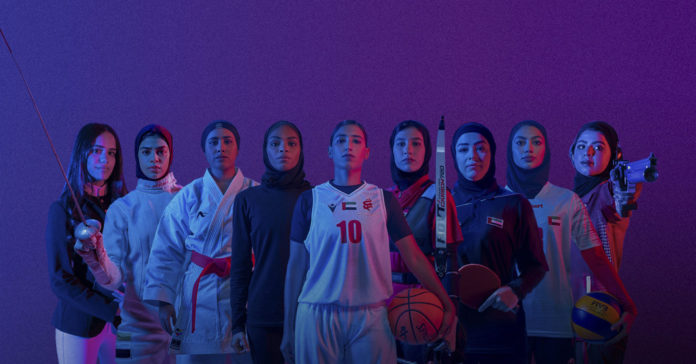 The spotlight is on Sharjah which will transform into a mega-women sporting platform for 78 clubs from 18 Arab countries that will compete in nine game categories at the fifth edition of the Arab Women Sports Tournament (AWST), organised by Sharjah Women’s Sports (SWS) between February 2 – 12.

Largest participation from the Gulf region

AWST 2020 will record the largest participation ever in the history of the event. The UAE tops the list with 15 participating clubs, followed by the Kingdom of Saudi Arabia (KSA) with 12. Bahrain with eight clubs, Kuwait with six, Oman with three and Qatar with two teams, will round off the Gulf Region participation in the tournament.

The rest of the participating countries include Algeria with seven clubs; six clubs from Jordan; Egypt with four clubs; Libya and Syria with three clubs each; Sudan, Tunisia, and Palestine with two clubs each; and Lebanon, Iraq, Morocco and Comoro Islands with one club each.

Kuwait is gearing up to take part in the shooting, basketball, volleyball, table tennis, athletics and karate competitions. Shooting and athletics will be the only sports Omani athletes will participate in, while Qatari sportswomen will compete in fencing and shooting. The SOC also announced the inclusion of two new trophies: ‘Best Cheerleader Cup’ and ‘Best Audience Cup’, to complement the Supremacy Cup, Excellence Cup and the Fair Play Cup. AWST will also honour the best committee operating under the executive committee of the tournament, as well as the best local sports union under the criteria of cooperation and involvement and the best Arab sports union.

The SOC announced that the basketball, volleyball, archery, show jumping, and karate competitions will kick-off on Monday, February 3; followed by table tennis on Tuesday; shooting on Wednesday; athletics on Saturday; and fencing on Sunday.

The draw dates for selecting the teams for the various competitions will be as follows: February 1 for basketball, volleyball and archery; February 2 for karate and show jumping; February 3 for shooting and table tennis; February 7 for athletics; and February 8 for fencing.

The committee also announced that it would convene a session titled ‘‘Female Athletes in Arab World’s Media Landscape’ on February 4, targeting Arab sports media professionals and influencers. The session, sponsored and supported by NAMA Women Advancement Establishment (NAMA), will be held on the sidelines of AWST and aim at highlighting opportunities and challenges in women’s sports, and present suggestions to the media industry and decision-makers to augment the media’s pivotal role in advancing women’s sports.

The SOC announced that 13 facilities were in place for AWST 2020, including six state-of-the-art sports venues across Sharjah for the competitions and seven sports halls that would be utilised for team training. Her Excellency Nada Askar Al Naqbi, Deputy Head of AWST’s Supreme Organising Committee, Head of its Executive Committee, and Director General of Sharjah Women’s Sports, said: “Since its inception, AWST has celebrated women in sports. The tournament has played a major role in nurturing strong relationships and cooperation between Arab countries and provided a platform for advancing the skills and capacities of sportswomen and served as a steppingstone to continental and international sporting events.”

She added: “SWS’s journey to empower Arab athletes and advance women’s sports is based on the vision of His Highness Sheikh Dr Sultan bin Muhammad Al Qasimi, Member of the Supreme Council and Ruler of Sharjah, and the directives of  Her Highness Sheikha Jawaher bint Mohammed Al Qasimi, wife of His Highness the Ruler of Sharjah and Chairperson of SWS, to create an ideal and nurturing sports environment for women because we believe in the value of sports as a vehicle for social development and progressive social change.”